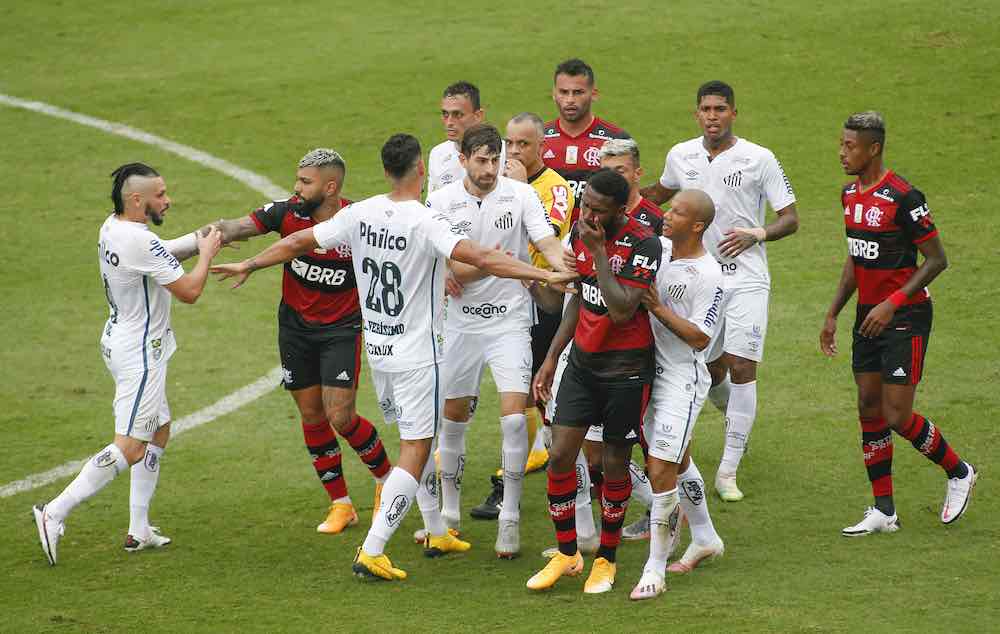 Flamengo and Santos battle it out this weekend in what promises to be an exciting game at the world-famous Maracanã.

When the pair lock horns, it’s hard not to think of a classic of the genre which saw Neymar and Ronaldinho put on a show in July 2011.

A 5-4 thriller, which included a hat trick from the former Balon d’Or winner, a wonder-goal from a then youthful Neymar who dribbled passed everyone in his path to claim the 2011 Puskas award, and an epic fightback from Flamengo.

Flamengo come into this latest game between the two in patchy form, having only won two of their last eight matches in all competitions.

The Rubro Negro’s last home match won’t give them any confidence to go by either, as they were stunned in the Copa Libertadores by Argentine side, Racing Club, ending their hopes of retaining South America’s greatest club prize.

The exit from the Libertadores has increased the pressure on Flamengo to retain their league title, which is also the only hope of national success for Flamengo this season after they were also dumped out of the Copa do Brasil at the quarter-final stage.

The current champions find themselves eight points adrift of São Paulo with a game in hand. A defeat here could see São Paulo move eleven points clear, meaning there’s no margin for error for Rogério Ceni’s Flamengo side.

There has been positive news for Flamengo as they made top scorer Pedro’s loan move from Fiorentina a permanent one. The Brazilian’s form with the Rio club has led to a Brazil national team call up.

“I want to thank the president, [Marcos] Braz, [Bruno] Spindel, my businessmen, who led this negotiation for me to stay here,” Pedro said.

“I am very happy and motivated to be able to stay permanently at Flamengo until 2025. From the first moment [here], I wanted to stay. I’m motivated to continue my dream, which is to play for Flamengo.

“I speak of a dream because it really is a dream come true to play for Flamengo. I was a boy from the stands, who went to the crowd.

“My project is to keep scoring, giving my life for Flamengo on the field and looking for important titles.” 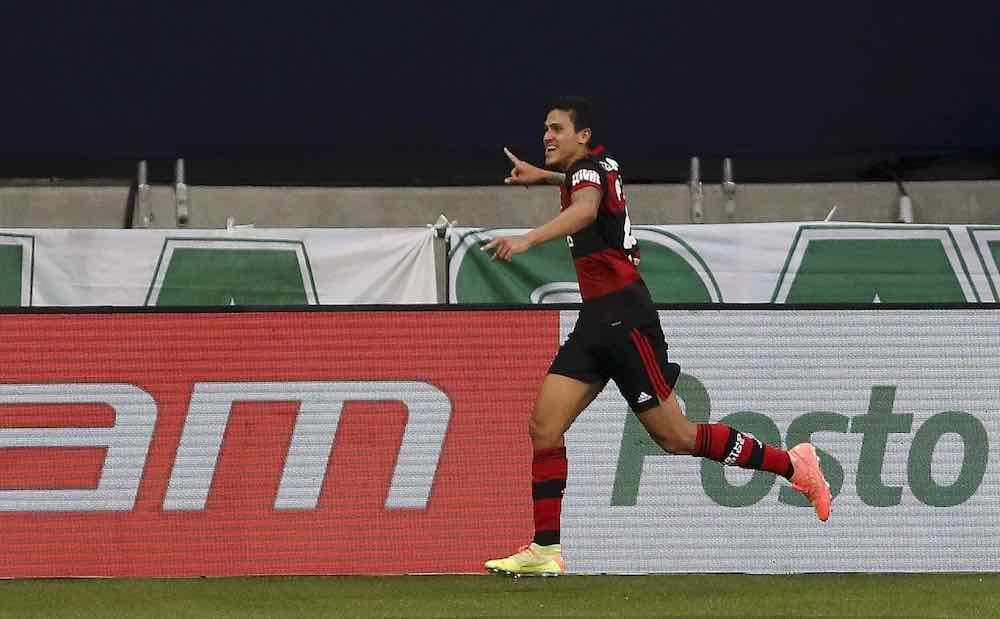 Santos put in a great performance on Wednesday evening to draw 1-1 with Grêmio away from home in their Copa Libertadores quarterfinal first leg. Despite being heavy underdogs going into the game, they will feel hard done by, after a stoppage-time penalty denied them victory.

With the second leg this coming week, the mentality of Santos players may be affected going into this game — something Flamengo will look to take advantage of.

Alvinegro’s league form has been mixed, but in their last five league matches, they have only lost once, which will give them confidence going into the game.

The matchup will be shown live on FreeSports in the UK — the first Brazilian league match to be shown in there since 2017.

Check out our live opening fixtures this weekend

Many newcomers will be wondering which players to keep an eye on — here are a few WFi recommendations.

Flamengo’s Bruno Henrique is a player Liverpool fans will be well aware of following his impressive performance in the Club World Cup final last year, where he gave Trent Alexander-Arnold a tough time.

His pace and skill on the ball makes him a threat to any defence. When he plays well, Flamengo play well!

He’s certainly one to keep an eye on. Henrique joined Flamengo from Santos in 2019, and he will be hopeful of biting the hand that used to feed him!

Giorgian de Arrascaeta is another crafty player worth looking out for — then again it will be difficult to miss him. The Uruguayan is a key playmaker in Flamengo’s attack, often creating several chances for his team-mates and chipping in with a goal or two himself.

He leads the way for Man of the Match awards for Flamengo this season, with four. He’s also on the shortlist for the FIFA Puskas Award for a stunning overhead kick last season.

Marinho of Santos maybe 30 years old but that doesn’t mean he doesn’t have talent. So far the season in the 20 league games he’s played he’s been involved in 20 goals, racking up eight Man of the Match awards in the process.

What makes him stand out? Similar to Henrique for Flamengo — he’s pacey, skilful, and likes to run at defenders, putting them on the back foot, always keeping them guessing. Who doesn’t love a player who’s first thought is to try and take a defender on?

Santos will be without key centre-back Lucas Verissimo, and Luiz Felipe is likely to take his place. It will be interesting to see how Felipe gets on as he’s featured just five times for Santos this season.

18-year-old forward, Kaio Jorge has two league goals to his name this season and three in the Copa Libertadores, including one midweek which he will be hoping to kick on from.

Will Rogério Ceni’s Flamengo keep the pressure on São Paulo or will Cuca’s Santos spring another surprise as they did in midweek?