Remembering Paolo Rossi: The Bolt In Blue vs Brazil – The Star Of ’82 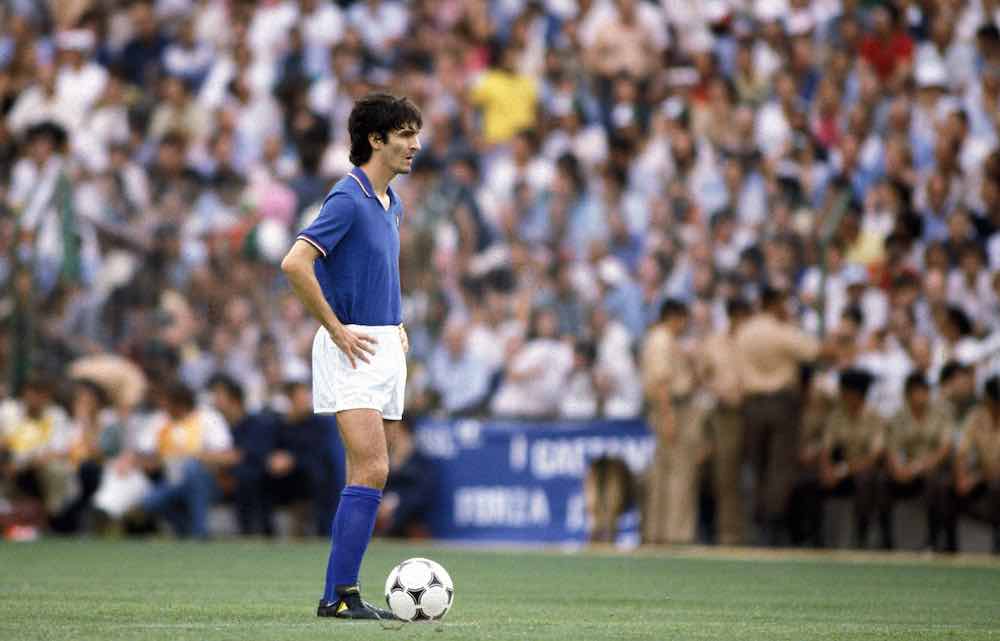 With just a few graceful touches of the football, Paolo Rossi etched his name into Italian football folklore forever.

On a warm Monday in July 1982 — the setting for a World Cup second group stage game — Espanyol’s old Sarrià Stadium was, for an afternoon, transformed into a scintillating melting pot of footballing ideologies.

The Azzurri: industrious, cautious, calculate; a team who had lumbered beyond the first round by a single goal, and had narrowly got the better of reigning champions Argentina and a young Diego Maradona six days prior.

Brazil: graceful, free-flowing, seductive; a side who had soared through, scoring at will, and almost unfairly blessed with attacking talents such as Falcão, Sócrates, Éder and Zico.

Then there was Rossi, caught somewhere between the two: an elegant, if rarely flamboyant finisher who, in the absence of exuberant flair or intimidating physicality, channelled a rather shrewd resourcefulness in the box; a player of impressive guile and sharp opportunism.

Up to that point in the tournament, however, Rossi, who passed away on Thursday aged 64, had been largely ineffective.

Two years earlier, he had been the highest-paid player in the world while on loan at Perugia. In 1981, he was back with Juventus, where he had initially signed in 1973 as part of a joint-ownership deal with Vicenza. But, by then, he was in the midst of serving a two-year ban for his apparent role in a domestic match-fixing scandal — allegations he always vehemently denied.

Having returned at the tail-end of The Old Lady’s triumphant 1981-82 season, the inevitable backlash surrounding national team manager Enzo Bearzot’s contentious decision to include Rossi in his 1982 World Cup squad was compounded by the striker’s failure to find the net in each of his country’s first four games.

It took him just five minutes to open the scoring, nodding home a pinpoint Antonio Cabrini cross amidst some highly suspect defending from the South Americans.

Moments later, Zico and captain Sócrates combined wonderfully to cancel it out, the latter stroking the ball in at the near post with near impertinent nonchalance.

Rossi struck again not long after, gratefully pouncing on a careless Brazilian square pass before confidently sending the ball to the left of a helpless Waldir Peres in goal.

Falcão levelled things up on 68-minutes, unleashing a rasping left-footed rocket into the top right-hand corner of the net and producing a suitably vein-popping celebration to match.

But, after years spent in a footballing purgatory marked by injury and off-field controversy, this was to be Rossi’s defining moment, his finest hour-(and-a-bit) that, as described by presenter Enrico Varriale, who Rossi worked alongside as a pundit at RAI Sport during his final years: “made us all fall in love in that summer.”

Fifteen minutes before the end, he swivelled to turn a Marco Tardelli shot goalbound to complete what was a fairly unspectacular hat-trick in terms of the way the goals were scored, but a momentous occasion in the history of the World Cup. In one of the competition’s finest ever games, Rossi had eliminated arguably the greatest team not to win it. 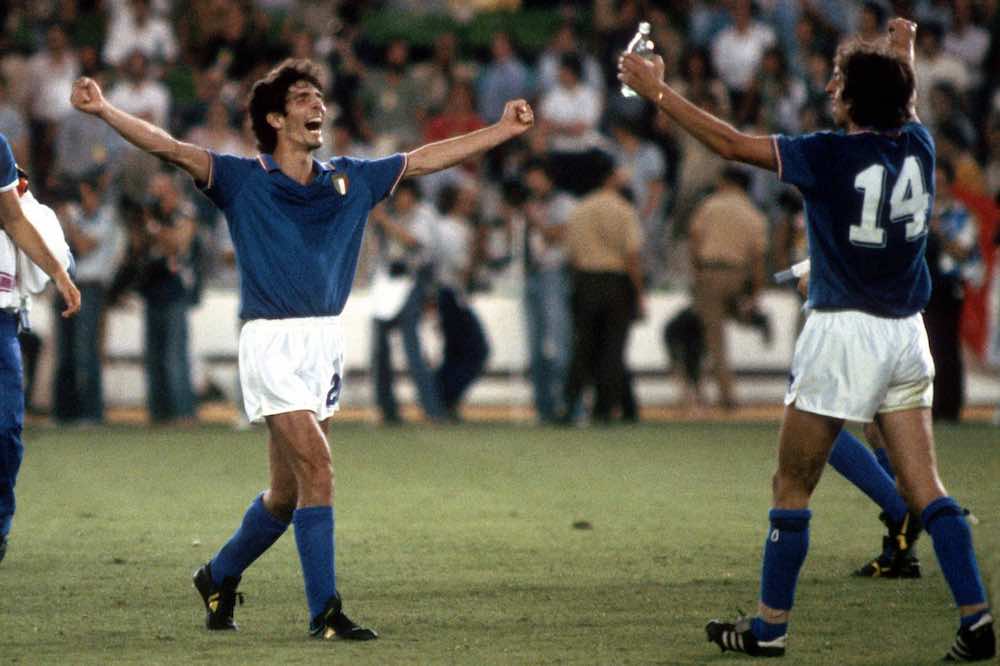 It was also the beginning of Rossi’s own redemptive arc, going on to score a brace in the semi-final to topple an impressive Polish team led by his future Juventus teammate Zbigniew Boniek. Three days later, he popped up with the first of Italy’s three goals in a 3-1 victory against West Germany in the final.

In helping his country claim its third World Cup, he was duly awarded both the tournament’s Golden Boot and Golden Ball — one of only three players to have won all three awards at a World Cup, along with Garrincha in 1962 and Mario Kempes in 1978. That same year, he also won the Ballon d’Or.

At club level, Rossi spent the entirety of his career in Italy, most notably with the Turin giants, winning, among several accolades, two Serie A titles and the European Cup in 1985 as part of a formidable attacking trio that included Boniek and French maestro, Michel Platini.

But, it is for his exploits with the national team in 1982 that Paolo Rossi will be most fondly remembered.

“We always had a great relationship with Paolo,” said goalkeeper and fellow World Cup winner Dino Zoff in tribute to his late countryman.

“He was kind, intelligent. I don’t know what to say, it’s a bolt out of the blue.”

Zoff’s reaction could hardly have been more fitting. During the summer of ’82, Enrico Varriale’s summer of love, Brazil were left speechless by a bolt in blue.