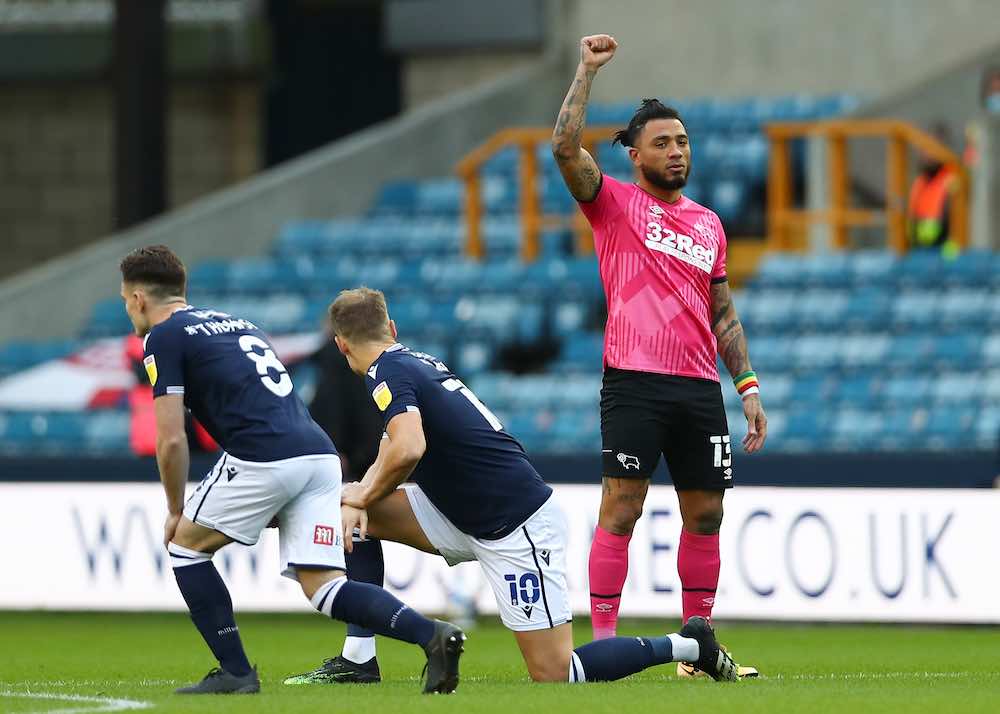 Fans were welcomed back into some stadiums in England this week. After the UK’s ‘second lockdown’, all football has resumed and Premier League clubs can now play in front of a crowd for the first time since March.

But amongst the thousands of fans, one unwelcome and noisy spectator remains. Racism. In particular at the Championship game between Millwall and Derby County, which ended 0-1 to the Rams.

Before the game began, as has been typical for all games since the murder of George Floyd, all players took a knee against racism. The Millwall fans proceeded to boo and voice their annoyance at the act. Players and officials from both teams told of their dismay and embarrassment. But no radical action has been taken by anyone after the incident.

More than anything, the Millwall fans booing an anti-racism gesture shows how little football has done to remove racism from the game.

Although I am sure there are plenty of Millwall fans who aren’t racist, the club has always had a culture of racism within the stands. But with the supposed efforts of the EFL, FA and FIFA to combat racism in the game, why has this event happened?

Proper action is needed if racism is to be removed from football and wider society and particularly after the Millwall game.

This incident can’t be ignored. Sure, it was only a subsection of fans booing something that they disagreed with, but things like this mobilise other forms of racism in society.

It’s no surprise that the many who have defended the Millwall fans are the likes of UKIP and other members of far-right organisations in the UK, including Conservative MP George Eustice.

He gave the “BLM is political” reply you’d expect from a former UKIP candidate who wishes to undermine the millions, unaffiliated with any organisation, who just want racial equality.#Ridge pic.twitter.com/yVGnjRHf9H

The risk is that it will likely happen again ahead of the next round of fixtures. Not only at Millwall, but maybe at other clubs who continue to have subsections of racist supporters.

The footballing bodies need to rule with an iron fist against intolerance. Any subsection of fans at football clubs who are actively racist, homophobic or generally bigoted during football games should be immediately punished.

The responsibility should first be on the club itself, who should ban supporters who engage in these activities.

If the club fails to act, the FA or whoever should ban all supporters from that club from attending matches. Or even postpone fixtures before action is taken. If football can make decisions to stop the spread of the Coronavirus, why shouldn’t it stop the spread of racism?

Another thing to consider is that footballers should also be encouraged to not tolerate such acts, even if they’re not directly on the receiving end. Just as when the England players disrupted a game against Bulgaria last year, players must not play if there are bigots in the stands.

Football must not just discourage racism, but actively seek it out and destroy it. Gestures are not enough, in fact, lead to bigots being provoked and spreading their agenda.

Football must be prepared to change and act radically, just as they have acted radically with new facets of the game such as technology and VAR.

What has been made abundantly clear is that the governing bodies in football prioritise profits over combating intolerance. To properly tackle racism, sacrifices must be made even if they affect football’s wealth and culture.