Bamford Proving Himself At Premier League Level Thanks To Bielsa 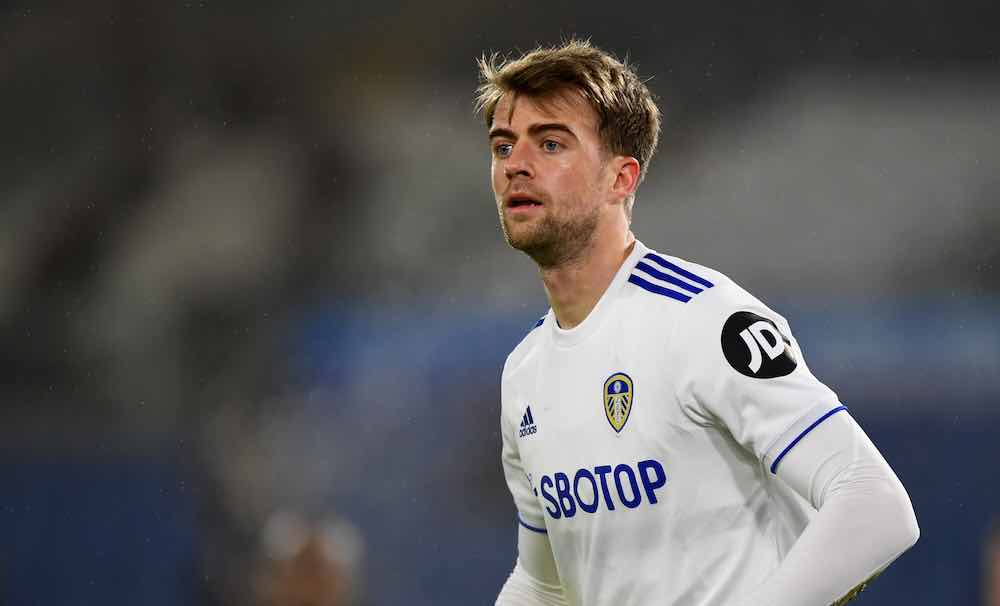 Sometimes a footballer’s career can follow a linear trajectory, even if the sharpness of a rise to the top can differ.

While the likes of Michail Antonio and Jamie Vardy have succeeded in clambering out of the non-League pyramid, most of their Premier League colleagues have trudged conventional paths.

Mark Noble and Wes Morgan, their respective captains, are a case-in-point. Noble, now in the final year of his West Ham contract, is a one-club man — barring loan spells with Ipswich Town and Hull City.

Vardy and Antonio are spectacular success stories. They proved that underdogs can succeed in the big time. Morgan and Noble, by contrast, have conquered their mountains at a slower rate. In both examples, the players in question have risen at a constant, linear pace.

On the other side of the coin, you have Leeds United’s enigmatic number nine, Patrick Bamford. Born in Grantham in 1993, Bamford’s career has stalled on numerous occasions.

The 27-year-old joined Nottingham Forest’s academy in 2001, making his league debut a decade later before moving to Chelsea.

Bamford’s time at Stamford Bridge has, ironically, contributed to the majority of issues he has been confronted by. His spell in West London has proven to be a reputational drag. Bamford spent much of the 2010s regarded a ‘flop’.

Before Leeds’ promotion to the top-flight, Bamford’s body of work could be described as underwhelming at best. In 27 Premier League appearances for Crystal Palace, Norwich, Burnley, and Middlesbrough, he netted only once, for ‘Boro in a 2-1 defeat against Southampton.

“Patrick Bamford has done great,” O’Leary told Talk Sport in July. “But I still think another centre-forward would be very important for them, personally. I’d like to see them sign a really top-class centre-forward.”

The former England and Ireland youth international took to Twitter to fire back a quick rebuttal, although his performances on the pitch alone have been sufficient in taming the dissenting voices – at least for now.

After 12 fixtures, Bamford ranked as the sixth-highest scorer in the top-flight. In a recent interview with The Athletic he opened up about the wave of criticism he received during the off-season, despite having just played a key role in guiding Leeds to the Championship title.

“Through football, from the very start, you do develop a thick skin,” he said. “I try to ignore it as much as I can but I did reply to that Talk Sport tweet because I thought: ‘shut up, you haven’t even seen me, give me a chance, I didn’t really have a shot last time.’ I try to ignore it.”

Upon closer inspection of his pre-2020 Premier League stats, it becomes clear that Bamford has a point. In his opening 27 top-tier appearances, he made just four starts and played less than 15 minutes on 14 occasions.

Bamford’s story is one of bumps in the road, and had it not been for Marcelo Bielsa’s shock move to Yorkshire, the Leeds centre forward might not have ever got the ‘shot’ he was hoping for.

“Throughout my career, I have always wanted to be the main number nine somewhere,” added Bamford. “He [Bielsa] was really the first manager that gave me that chance.

“I think, subconsciously, there is part of me that is always in debt to him, so I’m willing to do anything – I listen to everything he says.”

Bamford’s relationship with the maverick Argentine is especially important given his previous failure to win over senior management.

Alan Pardew met Bamford’s arrival at Selhurst Park with ambivalence. During a lacklustre spell at Turf Moor, Sean Dyche assessed his Chelsea loanee to be arrogant and indulged. He didn’t get on with Alex Neil either.

As a result, Bamford’s career has followed a decidedly non-linear flight.

But now, with a manager who is less concerned about his private school upbringing than his quality on a football pitch, the 27-year-old is in prime position to take off.

To close the calendar year, Leeds face trips to Manchester United and West Bromwich Albion either side of a home match against Burnley. In January, fixtures against Brighton & Hove Albion and Newcastle United certainly look winnable.

Leeds’ number nine has made a name for himself as being a proficient finisher this season, although his positional play should not go overlooked.

On 23 October, Bamford netted a hattrick to guide his side to victory away at Villa Park. Each goal belied his pre-season billing and are a testament to the Englishman’s all-rounder credentials.

Bamford’s first goal came via a rebound, which he only scored because he was the fastest to react in a crowded penalty area. His second and third strikes both arose within the box but relied on tidy footwork and impressive finishes into each top corner.

In September’s Yorkshire Derby, the Leeds forward scored the game’s only goal with a neat header. The Lincolnshire native doesn’t have a specialist type of goal: he just scores.

Bamford’s career has confounded journalists and fans for too long. Because he isn’t that big, strong, or good in the air, it is easy to portray him as being distinctly average – the kind of player that won’t quite make it in the top-flight.

In 2020, however, Bamford’s performances in front of goal have allowed his quality to shine. After a rough start to his journey, he looks set to become part of the furniture at Elland Road. Average players don’t get that kind of treatment.