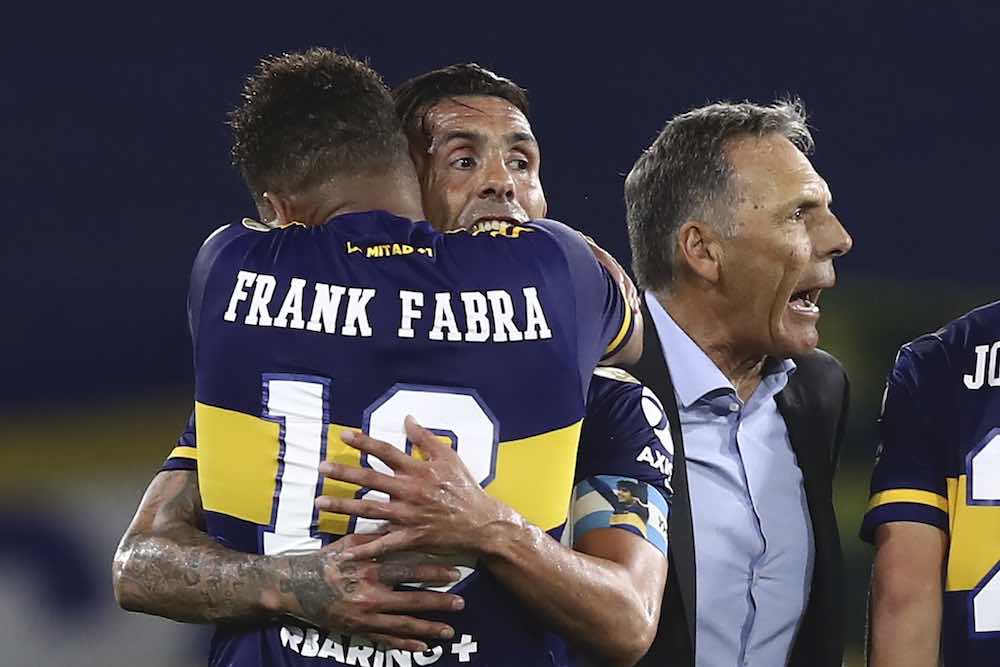 Boca Juniors head into a potentially season-defining week with two crucial matches in the space of four days.

On Wednesday they’ll fight for a spot in Copa Libertadores final, facing Santos in the second-leg of their semifinal following a goalless draw at La Bombonera.

The following Sunday they’ll have the opportunity to lift another trophy in the Copa Diego Armando Maradona Final against Banfield.

These two important events may determine whether Boca’s season is deemed successful or not.

Since Miguel Ángel Russo’s return as the first-team coach, things have gone well for Boca. Russo led Boca to a Copa Libertadores triumph back in 2007, when Juan Román Riquelme was the main star and has brought glory again just a few months after his return.

Following Gustavo Alfaro’s exit in December 2019, Riquelme, now in a role with the board of directors, insisted on Russo to replacing Alfaro.

Riquelme’s decision was soon proven correct and had a good effect n the team. Boca won the Superliga 2019-20 in March thanks to a great run of form under Russo, who didn’t waste the number of points already achieved by his predecessor.

That championship left an even better taste as they defeated rivals River Plate in the fight for the first place.

Almost a year later, Boca once again enjoy the feeling of going one better than their rivals. They finished leaders of their Zona Campeonato A group ahead of River, Argentinos, Independiente, Arsenal and Huracán.

They reached the final, which will be decided on Sunday against Banfield. Meanwhile, the Xeneize is still alive in the Libertadores.

Before travelling to San Juan hoping for another domestic trophy, Boca will look to progress their continental dream.

Anything can happen in a second-leg which currently stands at 0-0 and everything will be decided in Santos’ home.

Scoring just one goal will give Boca the advantage on away goals after the goalless first leg, and this makes them favourites.

Next Wednesday’s game is crucial in terms of the club’s goals and aims. Winning the Libertadores has been difficult for them since 2007. Boca have reached the final twice since, but fell short both times. In 2012 against Corinthians, and the most hurtful one in 2018 versus River Plate.

They also suffered losses in semifinals; against Independiente del Valle in 2016, and the latest versus River in 2019.

To heal those wounds and to see international success return to Boca, Russo returned, and now goes into a week of games of the type he was brought back to win. For Boca, weeks of football don’t get much more season-defining than this.

Loading...
Newer Post
Rashford And Pogba Combine To Send Man United Top Of The Premier League
Older Post
Santos Goalkeeper John On His Rise To The First Team And Becoming No. 1