From Wearing A Rivals’ Shirt To The ‘Babelcopter’: Bizarre But Relatable Transfer Window Madness 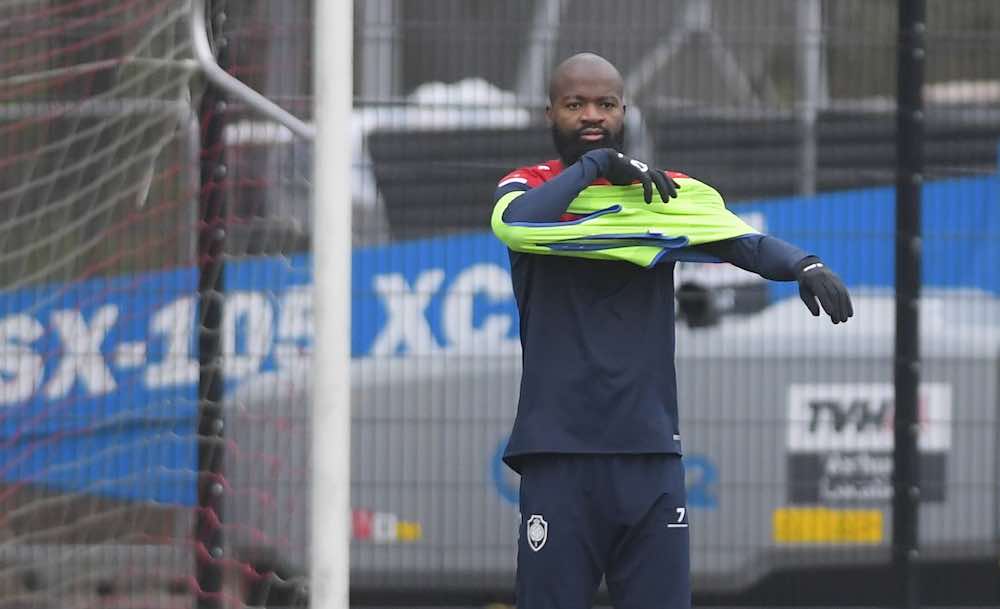 Some people will go to great lengths to avoid the things they don’t want to do. There is the more universally recognised approach: the feigned bout of food poisoning right before a particularly stressful meeting at work.

There’s the slightly more niche: hiding out in a cramped train toilet for the entire 40-min journey from Chippenham to Didcot Parkway to evade paying peak fare.

Then there’s Didier Lamkel Zé: the Royal Antwerp striker who turned up to training this week wearing the kit of fierce rivals Anderlecht because he no longer wanted to play for the club and hoped to force a move to Panathinaikos.

Sitting here this morning admiring the pettiness of Royal Antwerp forward Didier Lamkel Zé showing up to training in a rival Anderlecht shirt as he tries to force a move to Panathinaikos.

Of course they didn’t let him in. pic.twitter.com/cp2mnHzIs8

In any other profession, such measures might be considered more than a little extreme. It is, for instance, the equivalent of a Tesco employee turning up to their weekend shift in a Sainsbury’s uniform in the hope it’ll land them a job in Asda.

By and large, these instances are rare. In football, however, they are alarmingly, and hilariously commonplace; part and parcel of a biannual event that rarely fails to deliver on drama and entertainment: the transfer window.

In fact, few things in life — perhaps with the exception of perching precariously on a wobbly toilet seat, opening a Nature Valley bar, or Boris Johnson’s hair — are quite as gloriously unpredictable or as wildly chaotic as the weeks permitted each season for clubs, and indeed players, to opt for something new.

Not that any additional proof was required, but such instances serve as further evidence of football’s unique ability to appear utterly bonkers, entirely removed from reality, yet strangely human all at the same time.

While his course of action — which also included fighting with security staff after they refused him entry to the training ground — might not be widely recommended, the method to Didier Lamkel Zé’s madness feels oddly relatable.

Like fellow forwards Peter Odemwingie — who, after being denied the chance to leave West Brom for West London on deadline day in 2013, turned up at the gates of QPR anyway — and Ryan Babel — whose enigmatic actions in the skies above Blighty in 2010 led to the creation of an entirely new word in the football lexicon: ‘Babelcopter’ — Lamkel Zé’s antics amount to little more than someone just wanting a change of scenery.

When stripped back, how different is it really from a desire to ditch the dull office job in favour of an exciting stint abroad? Or expressing an overt eagerness to side-step from the HR department into Marketing?

The Cameroon international has since apologised, claiming his ‘head was somewhere else’; but it’s hard to believe there wasn’t at least a small part of him that knew exactly what he was doing.

After all, football, relative to most other occupations, is a famously short career. So who can really blame someone like Lamkel Zé for acting on impulse so rashly in pursuit of greater fulfilment in a profession that, while rewarding on so many levels, also necessitates immense sacrifice and years of hard work?

Perhaps herein lies the crux of why football fans love the anarchic drama of the transfer window so vehemently. Because, ultimately, we see a bit of ourselves in the characters at the centre of its most infamous stories.

What seems to connect each extreme transfer saga, from Lamkel Zé to Babel, Odemwingie to Saido Berahino, is the feeling that each one of them is acting out a fantasy we will have all undoubtedly played out in our heads at one time or another: the elaborate job resignation.

Naturally, there are an infinite number of more professional ways of doing what the Royal Antwerp player did, but, as someone who eagerly awaits the epiphanic, ‘life’s too short, I’m going to dramatically quit my job in front of all my colleagues’ beat in Hollywood movies, I say that professionalism can, for once, take a back seat. It’s nowhere near as entertaining.