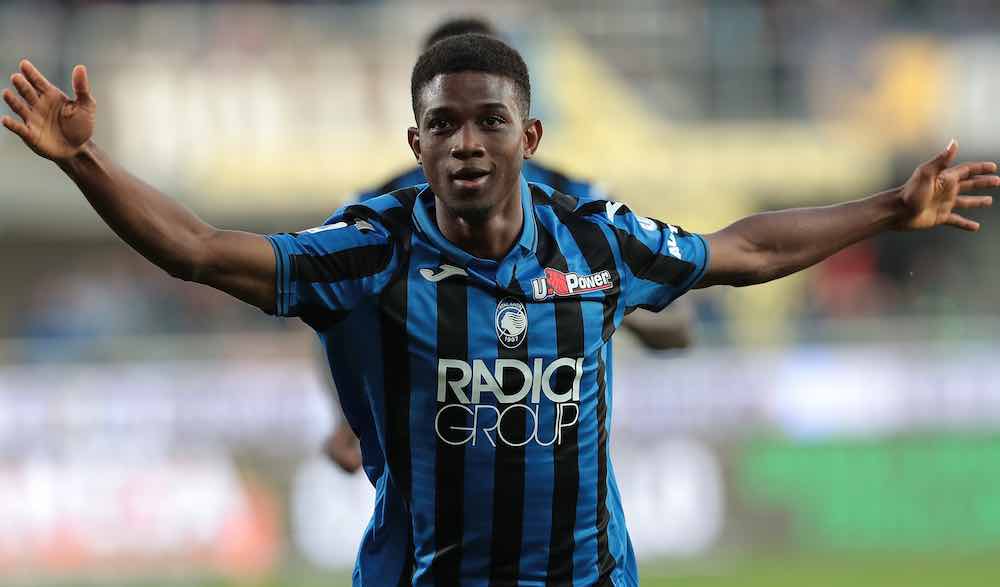 After completing his paperwork for the move in Italy, Amad Diallo has now finally completed his transfer to Manchester United. The 18-year-old winger was purchased on deadline day last summer but agreed to join the club this month in order to get a work permit.

He is not the only young and exciting winger that Manchester United signed on the last day of the window. Facundo Pellistri signed for the club in the summer and has since been playing his football in the U23s. The Uruguayan has started well and has three goals and an assist in eight matches, but it is the signing of Diallo many at United are more excited about.

Atalanta boss, Gian Piero Gasperini, wanted Diallo to stay with the club for the rest of the season on loan, but this was rejected as Ole Gunnar Solskjaer is ‘keen to integrate the teenager into his first-team squad’.

Is it thought that Diallo will more than likely go straight into the first-team, but it is possible that the Ivorian will find his feet in the U23s, as Pellistri is doing.

Considering the teenager has played just 59 minutes of football for the Atalanta first-team, many have wondered why he is so highly valued by United and their fans.

The skillset the youngster will bring looks perfect for a United side which has lacked a real right-sided winger since Nani left the club in 2015. Diallo holds his position on the right very well and his quick feet and ability to go on the inside or the outside make him unpredictable for opposition defences.

While favouring his left foot, Diallo has the close control to be able to get around his defender and then usually has a cool head when crossing, generally opting for a low and more accurate cross rather than hitting an area.

Solskjaer and his staff appear to have found find their ideal shape which offers defensive stability in the middle with the ‘McFred’ pivot, while also having the offensive output of both Bruno Fernandes and Paul Pogba. This gives the French midfielder the attacking licence which gets the best out of him when playing on the left, almost as a false-winger.

Pogba playing from the left has meant Marcus Rashford has been shifted to the right side. it could be argued playing on this wing makes Rashford’s game more simple and more efficient, but it also adds more balance to a team that previously favoured the left side.

The only other options down the right at the moment are Daniel James and Mason Greenwood, the former lacks the quality while the latter cannot stretch the opposition like Rashford.

Amad Diallo has played very little 1st team football because…
1. He’s 18.
2. His club reached deal with MU in Aug, so no point in playing him
3. Atalanta have tons of attacking talent
If he ends up costing €41m it will be bc he hit targets + earned bonuses.

Both Diallo and Pellistri both favour the right-side, and Diallo is seen as an exciting prospect even if he has played fewer minutes than a full match in his professional career. That is a testament to his immense talent.

Immense talent does not always equal success at the highest level. United fans, more than most, should know that. Diallo’s arrival may be eagerly anticipated, especially given the wait for him to arrive, but fans will need to give the youngster time to adapt to a new league and a new country. This patience has done Pellistri the world of good, so far.

He will more than likely get chances this season due to the congested schedule and the lack of right-wingers, but the expectations should not be too high for the player who has so little senior football under his belt.

Nevertheless, he will be sure to excite United fans when he appears for the club and could well emerge as a key player at United in the future.