What Does Simone Inzaghi Really Mean To Lazio?

Throughout his career as a player and manager, Simone Inzaghi has been one of Lazio’s greatest servants.

Having started his playing career with his hometown club, Piacenza, Inzaghi didn’t have the chance to play for their first team in Serie A until his final year.

During his time there he had spells on loan with Carpi, Novara, Lumezzane and Brescello, and in his lone season with Piacenza, he managed to score scored 15 goals in 30 appearances.

After Inzaghi’s Piacenza contract expired, he signed with Lazio in 1999 and spent most of his career with the club.

When the Biancocelesti signed the striker, they might not have known they were getting a player who would go on to be a true leader and ambassador for the club, representing what being a Laziali really meant.

In his time with Lazio, Inzaghi played alongside some of the best players around during that era, including Christian Vieri, Sinisa Mihajlovic, Alessandro Nesta and Marcelo Salas.

In the 1999-00 season, Inzaghi was a part of a team which won Lazio’s second Scudetto. One of the best teams that Lazio has ever put together featured a player who wasn’t as skilful as his teammates, but worked tirelessly and never gave up. The forward’s attitude was extremely positive as he was always keen to get into the box and make it harder for the opposition.

Inzaghi was an important part of that successful squad and contributed 19 goals in all competitions — the best return of his career. After winning that historic Scudetto, he went on to win three Coppa Italias, two Supercoppa Italianas and one UEFA Super Cup with Lazio. 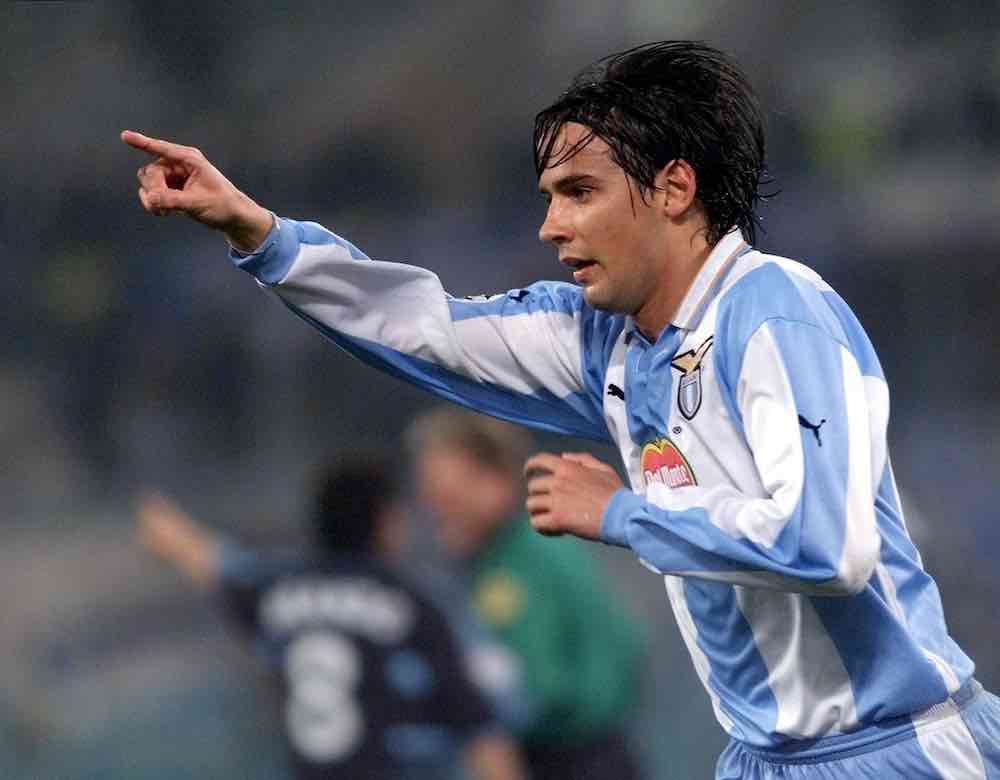 In the latter part of his career, he went on loan to Sampdoria and Atalanta before two final seasons with Lazio. After the last one of those in 2010, a 34-year-old Inzaghi decided it was time to hang up his boots. He remained at the club, coaching their Allievi and Primavera youth sides.

After six years coaching the youth teams, Inzaghi was appointed manager of Lazio’s senior side in 2016, originally on an interim basis following the departure of Stefano Pioli. The club then hired Marcelo Bielsa ahead of the 2016-17 but the Argentine left after just one week in charge, which led to Inzaghi being appointed on a permanent basis.

This was one of the best decisions the club has made. In his time as manager so far, Inzaghi has won a Coppa Italia and two Supercoppa Italianas.

This has naturally led to interest in his services from other clubs. At the end of the 2018-19 season, there were many rumours, and Inzaghi had a number of meetings with club president Claudio Lotito and sporting director Igli Tare regarding his future with the club.

Juventus and AC Milan had their eye on the Lazio boss, but after many meetings between Inzaghi and Lotito, the coach decided that he would extend his stay at his current club.

Inzaghi has since reached new heights in his managerial career, bringing Lazio back to the Champions League after 13 seasons away from Europe’s top table. All of this despite having one of the most modest budgets in Serie A.

They have been able to find star players under the radar, and Inzaghi’s coaching has reignited the careers of players such as Ciro Immobile, Luis Alberto and Patric. There is a great bond between Inzaghi and his players, as shown in the celebrations at the end of the 2019-20 campaign.

Throughout his career, Inzaghi has represented Lazio impeccably and with pride. Through his hard work, dedication and resilience, the Italian continues to grow as a coach and has made Lazio a better team. He truly symbolizes and represents Lazio.