Hoppe Of The States Stars For Schalke During Historic Bundesliga Weekend 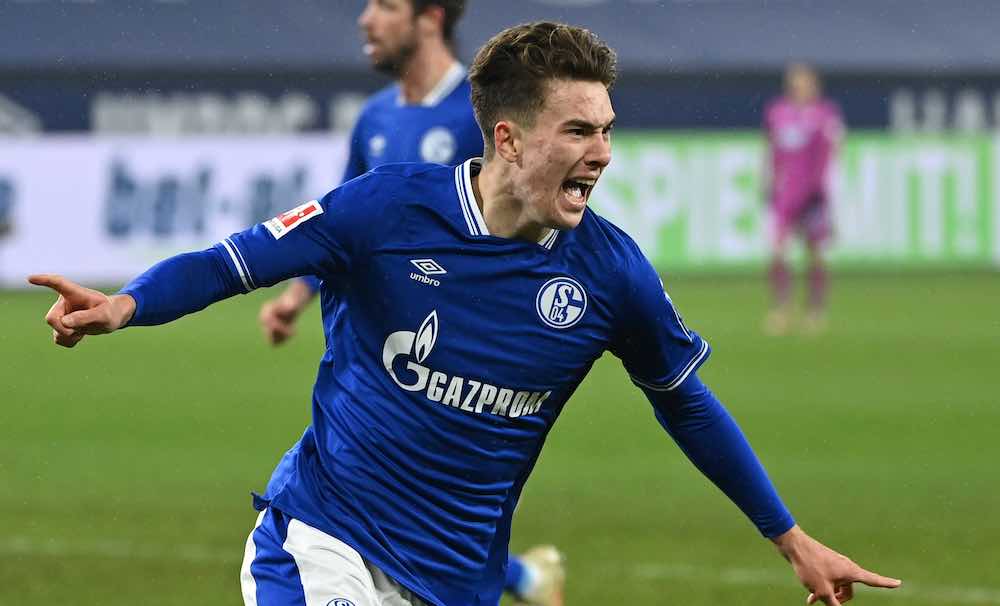 After a very brief winter break, the Bundesliga is well and truly back up and running again. This past weekend was one very much connected with history and records.

Schalke entered game week 17 on the verge of making history for all the wrong reasons. Having gone 30 matches without a win, they stood one game short of the record held by Tasmania Berlin.

That 31-game winless streak is an unenviable record, but one that Tasmania supporters proudly hold onto. They see it as a part of their identity, their place in the record books, from their one and only season in the top flight.

Schalke were not so keen on taking that record from them. Their run of 30 games without a win stretched back to January 17, 2020 — the day they beat Borussia Mönchengladbach 2-0.

Since then, they drew 10 and lost 20 of their next 30 Bundesliga matches across two seasons. During that run, they scored a pitiful 15 goals and conceded a staggering 76.

Aside from those statistics, the run also accounted for a couple of coaches. David Wagner was sacked in September and his replacement Manuel Baum only lasted till December. Club legend Huub Stevens once again stepped into the breach temporarily, before Christian Gross was appointed before the end of the year.

Hoffenheim were the opponents on Saturday and history was made. Having not won a Bundesliga game in almost a year and struggled to score goals, Schalke hit four without reply.

Schalke avoided one piece of history, but 19-year-old striker Matthew Hoppe made one of his own. He became the first American to score a hat-trick in the Bundesliga.

The supplier of all three of Hoppe’s goals was Amine Harit, who also topped his display with a goal. It’s a feat that will need to be repeated if Schalke are to stand a chance of avoiding relegation.

Increasing the potency of attack while stemming the flow of goals conceded will be no easy task. Victory over Hoffenheim, so soon into Gross’s reign as coach, could prove more important than evading unwelcome history.

Hoppe fired his way into the record books whilst preserving Tasmania Berlin’s record in the process, but it will take more to maintain the Bundesliga status of a historical club the size of Schalke.

Any confidence gained will be fragile and they’re still six points from safety and with debts of €200m. But at least they now have a glimmer of hope.

Rich history was also on display on Friday night for the original Bundesliga Klassiker between Borussia Mönchengladbach and Bayern München. It’s a fixture that was of huge significance in the 1970s, and Friday produced a game worthy of its past.

Robert Lewandowski, no stranger to making history, fired himself to 20 Bundesliga goals for the season. Incredibly, he’s reached this feat in just 15 matches. The FIFA World Player of the Year and World Soccer Player of the Year continues to defy father time.

When Leon Goretzka added a superb individual effort to double Bayern’s lead you’d be forgiven for thinking it was game over. Instead, Marco Rose’s Gladbach kept battling and pressing. It paid dividends, forcing Bayern into errors, and those possession turnovers were rapidly punished.

Jonas Hofmann scored twice before half-time to bring the game level. Then, early in the second half, Florian Neuhaus atoned for giving away the Lewandowski penalty by scoring a beauty. It rifled into the top corner, to put Gladbach 3-2 up.

Try as they might, Bayern were unable to force an equaliser and Die Fohlen secured a famous win. It was a result that brought Gladbach closer to those cherished Champions League places. It also meant that Leipzig could go top if they were able to win the Saturday topspiel.

Their opponents were Borussia Dortmund, themselves eying up a title challenge.

It’s been a largely disappointing season for Dortmund, one that cost Lucien Favre his job. Temporary boss Edin Terzic has restored a more aggressive approach to their play. It’s a style that suits their squad better than the passiveness under Favre.

The return from injury of Erling Haaland undoubtedly helped in a performance that facilitated an enjoyable spectacle. The first goal was always going to be important and it was Dortmund who got it early in the second half.

Haaland was the creator, crossing the ball for Marco Reus to flick the ball on for goalscorer Jadon Sancho. The roles were then reversed as a Sancho cross was headed home by Haaland. The young Norwegian striker wasn’t done there, he scored his second and Dortmund’s third late on.

Leipzig were able to grab a consolation in the final moments, but it was too little too late. A chance to go top, again spurned by Julian Nagelsmann’s side. Leipzig may be closest to Bayern in the table, but they don’t have the look of potential champions.

So, on a weekend of history, we are still searching for someone to stop Bayern extending their championship record.