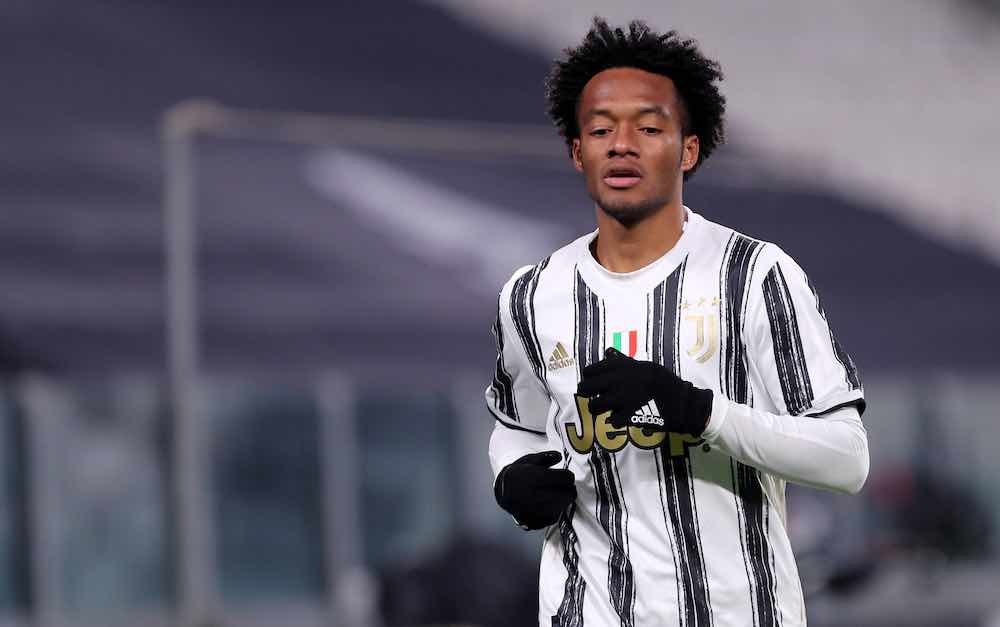 Things went from bad to worse for Juan Cuadrado in what has been a tough couple of weeks for the Colombian. He was sent off in Juventus 3-0 loss to Fiorentina, and has since tested positive for Covid-19 but will hopefully be able to return quickly after self-isolating.

Cuadrado has now been with the Bianconeri since 2015 after joining from Chelsea. He originally arrived on loan before making the move permanent in the summer of 2017.

After five years at the club, questions are still asked regarding the 32-year-old. These include: What is his best position? What does he excel at? Why does he continue to play so much?

Simply put, no one really knows what his best position is or why he’s featured so much for the club. He certainly is not skilled enough to be a regular winger, but neither is he sound enough defensively to be a starting right-back.

His main asset is his pace but aside from that he really doesn’t excel at anything further. At times he does provide critical crosses into dangerous areas, but to say his accuracy is spot on every time would be far from the truth.

Until his red card suspension and positive Covid test Cuadrado had featured in all of Juventus’ Serie A matches this season, also appearing in five of their six Champions League games. The amount of playing time Cuadrado gets has some Juventini scratching their heads, while others believe his playing time is justified.

This dependence on Cuadrado shows Pirlo is a big fan of the Colombian’s work. He referred to him as a “champion” after their 2-1 victory over Torino a few weeks ago, when it was fair to say Cuadrado was integral to a second-half comeback —  assisting both goals.

However, what Pirlo must realize is that Cuadrado’s two good contributions do not cover his earlier blunders.

He seems to make a defensive mistake in nearly every match, and these incidents must be taken into consideration, especially when Juventus have youngster Federico Chiesa on the bench or playing out of position in order to accommodate Cuadrado.

In Pirlo’s 3-4-1-2 formation that adjusts to a 4-4-2 when defending, Cuadrado and Chiesa can be deployed in a similar right-midfield position. It seems rather wasteful that the Juventus management would pay nearly €60m for Chiesa only to have him on the bench or play on his unfavourable left side.

Not to be misunderstood, Cuadrado is an asset to this Juventus team, but Pirlo must use him properly. He is not good enough to be a regular starter for a team that has aspirations of winning the Champions League or 10th straight Scudetto.

The recent emergence of Chiesa over the past few matches has made it clear he should be starting regularly going forward, and the youngster is able to offer what Cuadrado does, plus much more.

Cuadrado turns 33 in May so it is safe to say that what you see is what you get with him at this point and there is little room for improvement.

There have been rumours that Juventus may be considering offering Cuadrado another contract extension. With his current deal expiring in the summer of 2022, he will be 34 at the time his current deal ends and extending that any further would not be a smart move.

Padoin: Talking about Ronaldo is obvious, he’s a phenomenon. Then how can we not applaud Cuadrado? He has probably been the best at Juventus together with Cristiano. pic.twitter.com/V5T8nBftBu

If this happens, Juventus could have another Sami Khedira situation on their hands. No disrespect to Cuadrado, who will always fight hard wearing the iconic black and white stripes, but it is evident that it is time to start phasing him out of the starting lineup, along with moving on from him once his current contract ends.

Some may be hyping Cuadrado up just a little too much after he contributes a few assists or puts in a dangerous cross, but one must not have a short-term memory for those times when he is out of position defensively, turns the ball over cheaply, or picks up a clumsy yellow card or even a red.

A few good plays should not put him in the conversation for Juve’s best player this season. Cuadrado can be appreciated for all he has contributed but must not be made into something he isn’t, and he shouldn’t be a regular starter for a top team.

As this intense and fixture-packed season carries on, the love-hate relationship with Cuadrado will continue as he will inevitably continue to get playing time. Juventus must use him properly, as a utility player off the bench, or starting a rare match for rotation purposes.

Moving forward Juventus cannot rely on an aging, defensively questionable player if they aspire to continue their winning ways.

Loading...
Newer Post
Santos Goalkeeper John On His Rise To The First Team And Becoming No. 1
Older Post
Hoppe Of The States Stars For Schalke During Historic Bundesliga Weekend