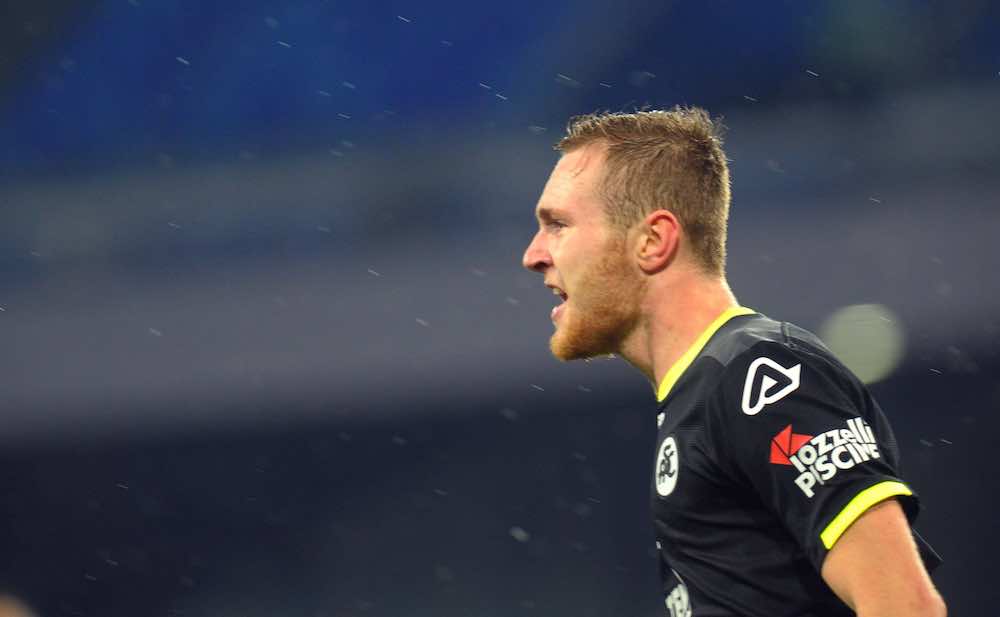 Newly promoted Serie A side Spezia have turned some heads due to their impressive performances in Italy’s top flight this season.

After winning back to back matches, the club currently has 17 points and find themselves in a very respectable 14th place, but they are still only five points above the relegation zone.

Manager Vincenzo Italiano knew it was not going to be an easy task for his team, but he is getting the best out of his squad which is giving them a fighting chance of avoiding relegation. One player who has especially impressed is their young midfielder Tommaso Pobega.

The 21-year-old Italian seems to be settling in nicely with the Serie A new boys, whom he has joined on a one-season loan from current Serie A table-toppers Milan. The midfielder has been deployed mostly in the middle by Italiano, featuring in central and defensive midfield roles. His versatility has made him quite the secret weapon for Italiano.

Having already featured in 12 Serie A games for Spezia, Pobega seems to produce the goods for his team when it has mattered most.

The young talent has contributed three goals and two assists, scoring one of those goals against reigning Serie A champions Juventus, and another against fellow new-boys Benevento to win the game.

Arguably his most notable outing was his recent performance off the bench against a tough Napoli side. He won a penalty for his side and then went on to score the game-winner, all while Spezia were down to ten men.

It seems as though the spotlight has been following Pobega this season, as he has also made his debut for the Italy U21s under manager Paolo Nicolato. He scored both of Italy’s goals in their 2-1 victory over Iceland in a European U21 Championship qualifier.

As Pobega continues to develop at Spezia, it is becoming evident that the Italian midfielder can be influential both offensively and defensively. All while being sound with the ball at his feet, with decent passing ability.

“Pobega is a young lad, who has shown he can have an important future,” Italiano said following the victory against Benevento in November 2020.

“I am convinced if he improves on the ball and doesn’t give it away so often, he can do great things, as he has the physicality and times his forward runs really well.”

There is no question Italiano, along with many others have been pleasantly surprised with Pobega’s performances this campaign.

His positive displays leave Spezia with a decision to make as they have the option to buy the midfielder outright at the end of his loan, though Milan will retain a buy-back option.

If Spezia are able to avoid relegation, one would think Pobega’s move would be made permanent, as he surely would have played a large role in them staying up.

If they return to Serie B, Milan would have yet another young midfield prospect in their ranks, and other Serie A teams would surely be interested in Pobega’s services, too.

Although his future is unsettled, it looks very bright. Hopefully one day the Azzurri faithful will be able to see Pobega make the jump to Italy’s senior squad, adding even more depth to an already impressive midfield.