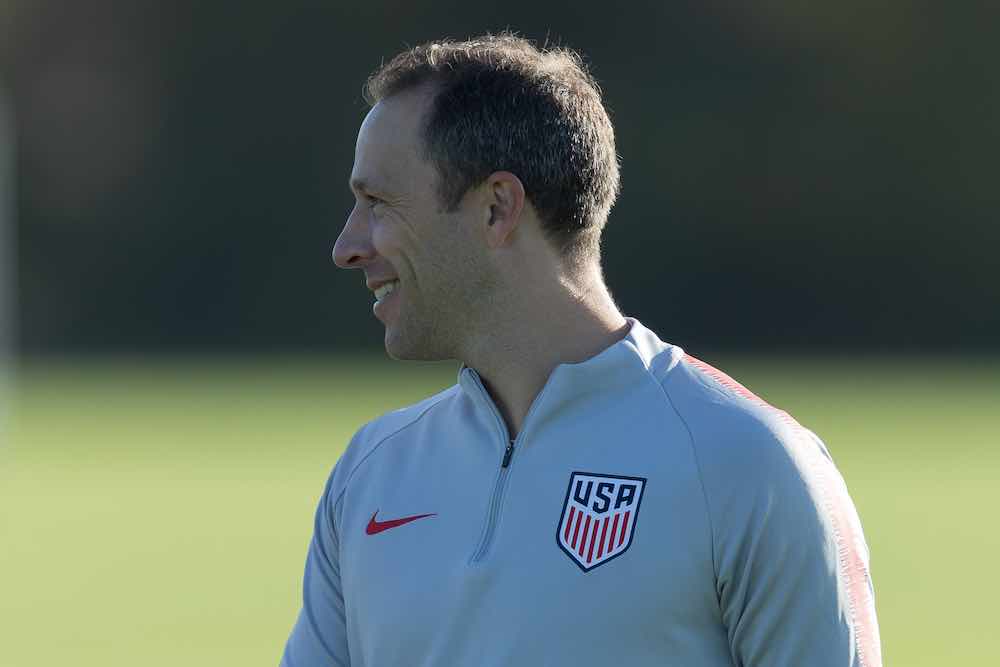 Former USMNT right-back Steve Cherundolo is reportedly planning a return to the US having worked abroad in Europe for 22 years.

He has worked in Germany for over two decades now but is looking to return home to the US after speaking to multiple MLS clubs.

Many consider Cherundolo the most underrated player ever produced by the country, and he left the United States in 1999 for Germany after playing for his college side, Portland Pilots.

His long career in Germany with Hanover has given him many rewards, with his nickname ‘the Mayor of Hannover’ — thanks to his performances at the club — among the most cherished.

“I feel I am very prepared to make that next step,” Cherundolo told the Washington Post’s Steven Goff. “I know some people, the first thing that comes to mind is, ‘Yeah, you don’t have experience as a head coach [with a first team] in the men’s game. Yeah, of course, but I’ve done pretty much everything else.”

If Cherundolo joins MLS in the near future, the team he joins will be tipped for success given his wide range of experiences in Europe. He is currently assistant coach with the Germany U20 side, so has that international coaching experience, too.

Football fans are eager to see how this move pans out future, and renowned sports betting compendiums like NetBet sport will more than likely be listing whatever team he joins as among the favourites to be challenging for trophies, whether in the league or the cups.

Cherundolo believes the future of the USMNT is bright, and from his location in Europe, he has been able to see the chances Ameican players are getting across the world.

“What we are seeing now is American players are getting the benefit of the doubt, from day one, which is a great advantage,” he added in his interview with Goff.

“This is something I particularly did not get in day one. At that time 20 years ago, you needed a coach on your side and then you needed to perform well, and then as soon as you did have one bad game, it wasn’t, ‘Oh, he just had a bad game.’ It was more of, ‘See, I told you. American players are not good.’

“It’s fantastic because it will allow a young American player [now] to go through a bad patch and he won’t just be written off. It will be, ‘Hey, how can we help him?’”

Cherundolo has been out of the US for half of his life, but both the US and Germany will play an important role in his life and that of his family moving forward.