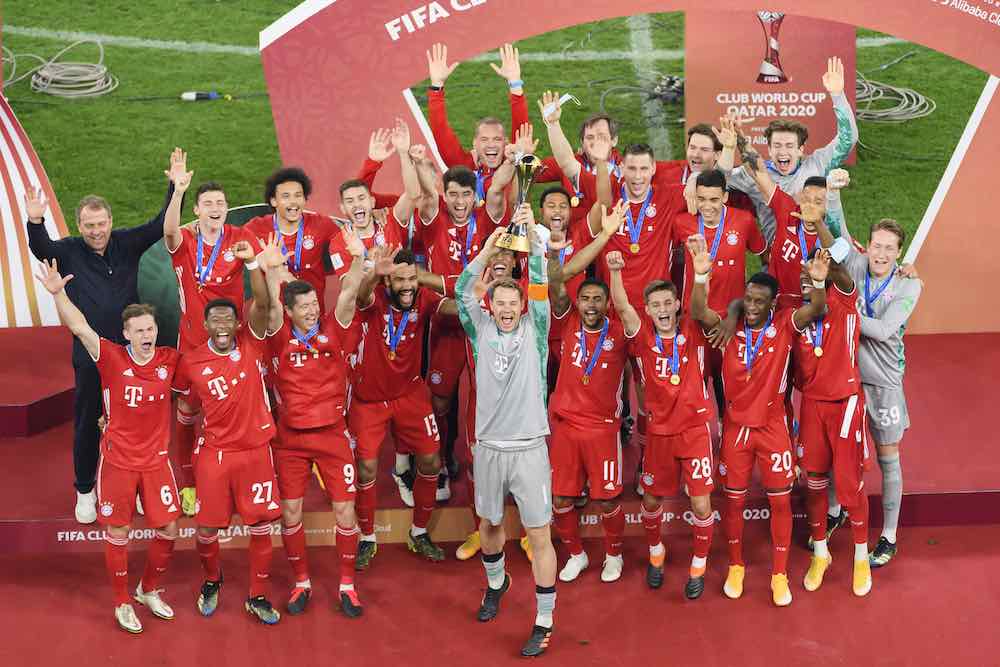 Bayern Munich defeated Tigres 1-0 to lift the FIFA Club World Cup, completing a historic year in which they have won every available trophy.

This latest title was their sixth under manager Hansi Flick, and despite some moments where their opponents, Tigres, impressed, they were not made to sweat too much for this one.

Whenever a strong European team faces an opponent from another continent, the game has an attack versus defence feel, but right from kickoff Tigres showed they would stick to their guns by playing an offensive style.

The Concacaf Champions League winners started aggressively and were in the Bayern box within the first minute with an André Pierre-Gignac header. Even though it was a weak attempt, that first situation said a lot about Tigres’ intentions.

🪐 The legend of this man at this club is stratospheric. Will Andre-Pierre Gignac and Tigres finish Qatar 2020 as #ClubWC kings? 👑

The Mexicans came up with another effort when Gignac set up Luis Quiñones, but his shot went wide.

Bayern quickly upped their game to take control of possession. Joshua Kimmich almost diminished Tigres hopes with a long-range effort, but it was disallowed following a VAR check as Robert Lewandowski was in an offside position.

The Bavarians had a string of chances which still weren’t enough to give them the lead. Serge Gnabry set up Alphonso Davies who had a potential scoring chance but opted to cross instead. Later, Nahuel Guzmán saved well from Kingsley Coman.

Leroy Sané hit the crossbar after a quick corner played by Gnabry, but that was all from the first half. The goalless tie wasn’t unfair, but Flick’s squad looked better, as was expected.

Bayern didn’t slow down in their hunt for a sixth title, and Tigres attacking play slowed. Bayern were dominant and their first goal seemed to be just around the corner.

And it came in the 59th minute. Benjamin Pavard gave the Champions League winners the lead, even though for a while it seemed it would be another disallowed goal, but VAR determined decided it should stand.

Not to mention scoring the 🐐 World Cup goal 😉pic.twitter.com/GfzhTndApU

The game slowed down after the hour mark as Bayern looked settled with their advantage and still managed to keep possession, while Tigres couldn’t break the German’s defence.

The final minutes included some potential bloopers from Guzman who almost conceded twice by missing the ball, but the Argentine also incredibly saved a strong shot from Douglas Costa.

Despite the initial feeling that Tigres would have an attacking mindset, Bayern’s quality saw them take control of the game and they deservedly sealed the win.

Tigres weren’t able to get much going against the European giants, but in many ways, they can be proud of their performance in their first Club World Cup. They became not only the first Mexican team to reach the final, but also the only Concacaf side to do so.

Two comfortable wins in this tournament were all it took for Bayern to secure the sextuple and achieve that historic feat of winning every competition this year — Bundesliga, Champions League, German Cup, UEFA Super Cup, German Super Cup, and now the FIFA Club World Cup.