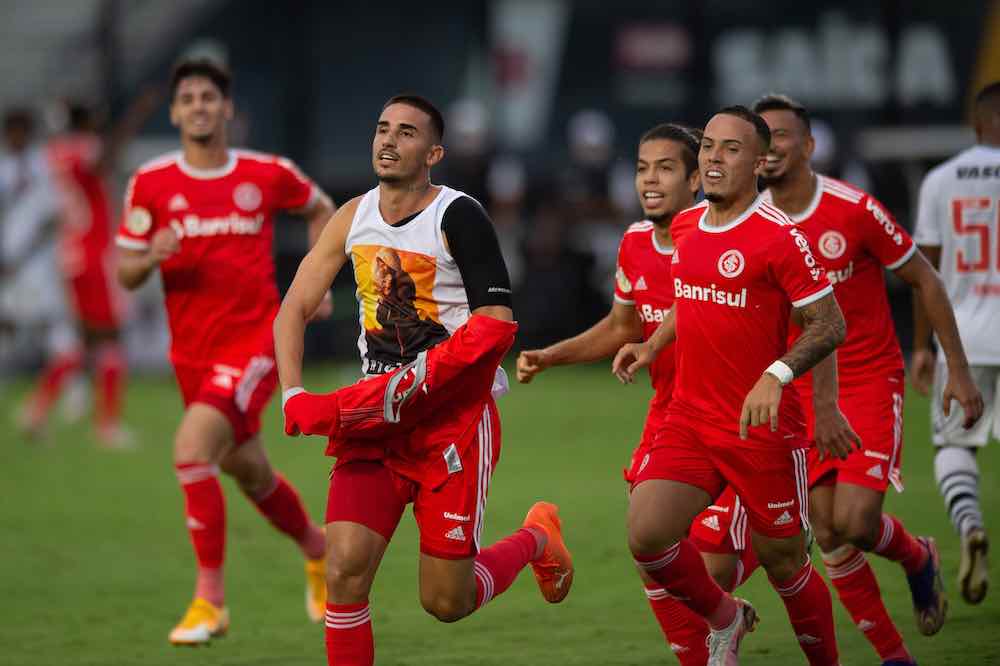 After a campaign full of twists and turns, the destination of the Brasileirão could be settled this weekend as league leaders Internacional travel to reigning champions Flamengo in what is undoubtedly the biggest game of the season.

At the start of 2021 seven teams were in contention for the crown, but as the weeks have passed Grêmio, Palmeiras, Fluminense and Atlético Mineiro have all surrendered their title aspirations, with those of rank outsiders São Paulo estimated at no higher than one per cent by Brazilian statisticians.

Out of these five sides, it had in fact been Atlético Mineiro who looked the most likely to make it a genuine three-team title race going into this weekend’s penultimate round of matches. However, their run of three games without victory means that Inter and Flamengo will instead fight toe to toe for glory.

Inter may have conquered the world in 2006 by defeating a Barcelona side featuring Ronaldinho, Carles Puyol and Andrés Iniesta — to name a few of Catalans’ star-studded lineup — but, in terms of league success, they haven’t won Brazil’s top flight in 41 years.

They do, however, have a wonderful opportunity to end that long wait.

If Inter beat Rubro-Negro on Sunday, they will be crowned champions, whereas a draw would mean they’d have to win their final game against Corinthians or hope Flamengo fail to overcome São Paulo.

On the other hand, if Flamengo beat Internacional, they will go top of the league, meaning a win the following weekend against an out-of-form São Paulo would see them retain the title.

Internacional were playing second-tier football in 2017 and have since had a remarkable rise, returning to the top flight for the 2018 season. This year has undoubtedly been Inter’s best for a long time, as not only have they been getting positive results but they have done so in some style, finding the net on 101 occasions in all competitions.

A major chunk of those goals have come from forward Thiago Galhardo, who has a tally of 23. Galhardo missed a month of action due to injury but returned last weekend against Vasco da Gama, scoring late on to secure the three points.

After the game against Vasco, he spoke about potentially becoming a champion.

“I don’t know if in those 41 years there was a moment when Inter were leading the table with two games to go,” he said.

“Now it’s time to focus on Flamengo, a team we know about, a great team. We know that they won their game [against Corinthians], so this Sunday will be like a final.”

Inter’s game against Vasco last weekend was marred by controversy. Inter took the lead early on thanks to a header from Rodrigo Dourado, who looked to be in an offside position. However, at this point in the match the VAR system had stopped working, so the on-field decision was upheld and the goal stood.

“I don’t know what happened. I ended up scoring the goal. I went to talk to the official; he said they were not able to [check with] the VAR. That’s why it took a while. But I was in a legal position. And the goal… was beautiful,” said Dourado to Globoesporte post-match.

At the same time, Flamengo were in a battle with Corinthians and took an early lead thanks to a header from the versatile Willian Arão. Naturally a holding midfielder, Arão has in recent weeks dropped into the centre-half position.

Their lead, however, lasted just ten minutes and the sides went into the break level.

In the second half, as it did in Inter’s game, controversy reared its head after Gabriel Barbosa put the ball into the net. This caused the linesman to raise his flag, which then led to a lengthy VAR check. Corinthians were stunned when the officials in the VAR room overturned the decision and thus put the hosts 2-1 up, a lead Flamengo hung on to. Following the game, the visitors asked for an explanation from the league’s authorities regarding Rubro-Negro‘s second goal.

Subsequently, Flamengo’s attention quickly turned to their game with Inter.

“We are going in the correct direction, focused on what we can do. We are ready to host Inter and have a great game,” said midfielder Diego.

“We are prepared. Step by step. Let’s channel all the energy; everything will be fine. Now it’s about maintaining — we have to do our part and keep up the work that has been done. This is the spirit; we are going in the right direction.

“Knowing we can affect the destiny of the title makes us believe, and this is how we go into the next games: confident, respecting the opponent, but knowing what we can achieve.”

His manager Rogério Ceni also boasted about the confidence he has in his players. 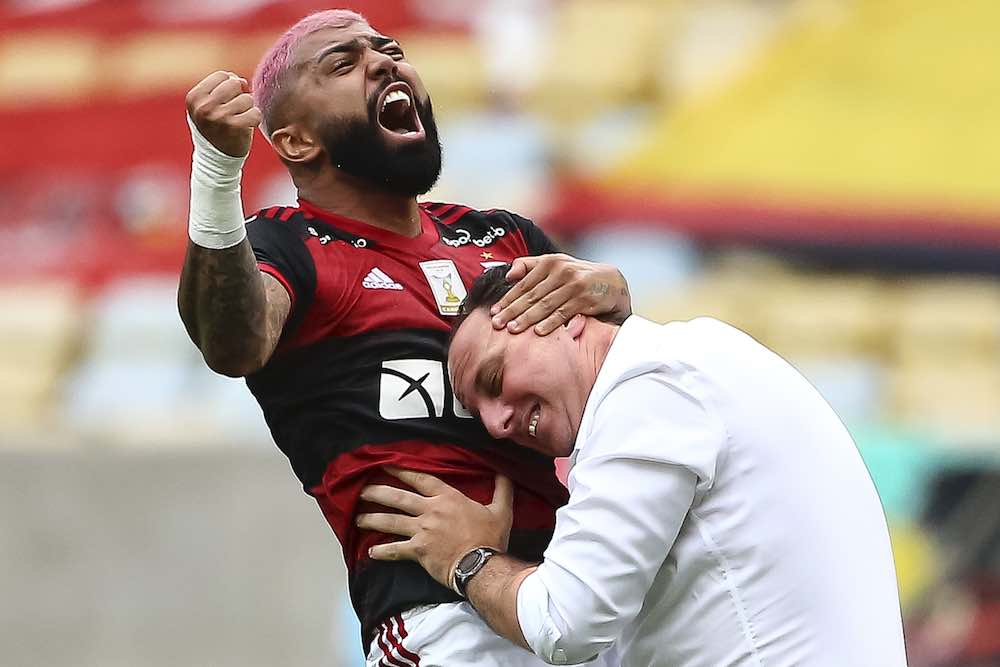 “It’s a team that has its head in place [and] feet on the ground. We understand the happiness and euphoria of the fans, but it is a process that begins at Maracanã [against Internacional] and, God willing, ends at Morumbi [against São Paulo].”

The hosts have been given a huge boost going into the game. Barbosa and Uruguayan international Giorgian De Arrascaeta have been training this week, thus overcoming initial fears that they would miss out after picking up knocks. Their availability means only Diego Alves and Thiago Maia are expected to be absent.

However, it’s a complete contrast for the Porto Alegre side, who will be without Victor Cuesta; his yellow card against Vasco means he’s suspended for this game. This means they will go into the encounter without their two main centre-backs, what with Rodrigo Moledo also being ruled out — in his case with a knee ligament injury.

In recent weeks, Lucas Ribeiro has instead been filling in the gap alongside Cuesta. Zé Gabriel is likely to partner Ribeiro for the upcoming clash, even though the former hasn’t played a great deal since the hiring of Abel Braga in November.

The last meeting between the two sides back in October saw a four-goal thriller that featured a late equaliser from Flamengo.

Their imminent battle promises to be an exciting one between two teams worthy of being champions. Can Flamengo use their title-winning experience to make themselves strong favourites to retain their trophy or will Inter stay calm to end a 41-year wait? Let’s see what answer Sunday yields.