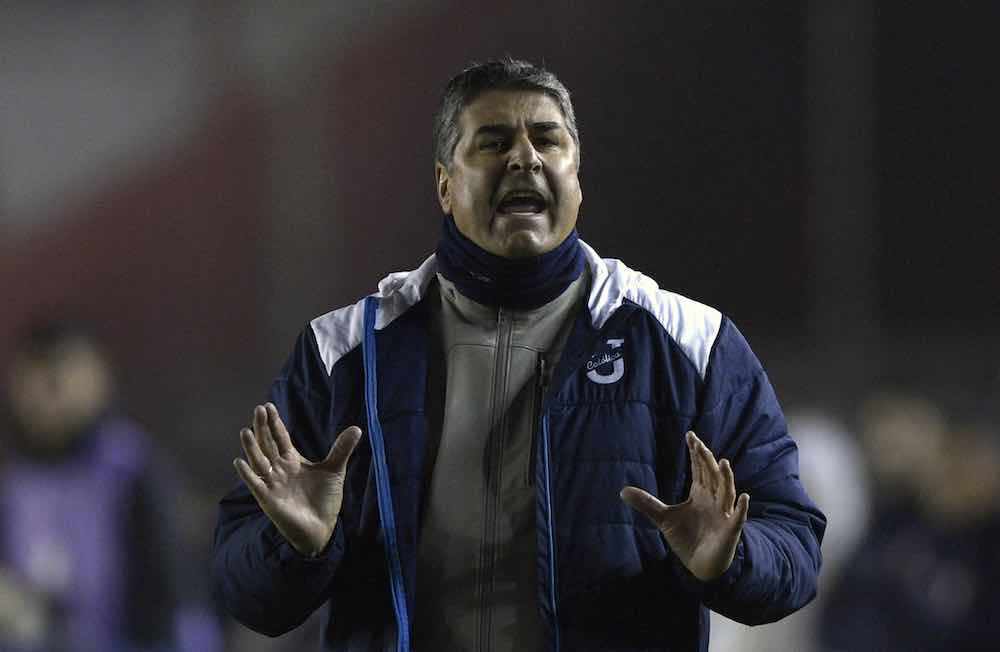 Have you ever wanted your team not to win a match? That was the bizarre scenario facing fans of Universidad Católica on the last day of the season in Ecuador at the end of the 2020 season.

Católica faced one of the biggest clubs in the country Barcelona SC at home in Quito needing either a draw or a defeat to ensure qualification for the Libertadores.

Meanwhile, Barcelona knew just a point would be enough to qualify for the grand final of Ecuadorian football, which they would eventually go on to win.

If Barcelona had lost to Católica then their great city rivals, Emelec, would have been in with a chance of winning the grand final instead, and taking the last Libertadores spot available, too, which was occupied by Católica — hence the desperation not to win.

Ultimately, neither Universidad Catolica nor Barcelona were prepared to play Russian roulette with their shots at glory and it predictably finished 0-0. Emelec were unhappy with how it played out, with neither side looking to risk much, but Católica’s form over the whole year deserved to be rewarded.

This means that this year’s Libertadores will feature two clubs called Universidad Católica for the first time.

While the club from the Chilean capital is well known to many having played the competition often, even reaching the final of the competition in 1993, their namesake from the Ecuadorian capital will be joining South America’s premium club competition for just the third time.

Their previous appearances came in 1974 and 1980 after they had a rapid rise in the 1970s to become a protagonist of Ecuadorian football. It was an era that saw Ecuador internationals such as Polo Carrera and Ítalo Estupiñán join the club, raising its profile further.

Nicknamed El Trencito Azul (the little blue train), they are a mid-table top-flight club, historically speaking, that has spent the majority of its 57 years in Serie A.

However, in the 1990s, the club fell on hard times with poor management on and off the field. They fell as far as the third tier in the mid-nineties before somewhat of a rebirth at the turn of the millennium.

Progress during the noughties was slow, but that’s not the case anymore as Universidad Católica have consistently punched above their weight in the last decade. And although much of the international media has focused on the success of Independiente del Valle in Ecuador and beyond in recent years, the rise of Católica deserves coverage too — especially under the management of Santiago Escobar.

Escobar is the brother of the legendary Colombia international centre-back Andres Escobar, who was tragically murdered during the 1994 World Cup after returning home from a nightmarish World Cup for the Colombians.

Santiago had a much less stellar playing career compared to his brother, but his time in charge of Quito-based minnows Universidad Católica should see him gain some long-overdue recognition of his own talents across the continent.

Escobar’s Universidad Católica play possession-based, fast attacking football. In the Ecuador LigaPro, only Independiente del Valle averaged more of the ball per game in 2020 while grand finalists LDU Quito were the only side to manage more touches in the opposition penalty box.

Católica like to work smart openings in the final third and use their quick wingers to great effect. To illustrate this, only LDU Quito and Independiente del Valle progress the ball more often per 90 into that area of the pitch according to WyScout. A 4-1 win over Emelec, where they 3-0 up after just 22 minutes was an example of how they can blow teams away.

Their league campaign last year was impressive and their spot in the Libertadores was a fine reward for their enterprising style of football.

On the continent in 2020 they arguably gave eventual Sudamericana finalists Lanus their hardest match of the competition until the final, narrowly losing to them in the first round. Católica also impressed during the 2019 Sudamericana, beating Colo-Colo on penalties and thrashing Melgar of Peru before narrowly losing to Argentine giants Independiente on away goals in the last 16.

Although it has mostly been a story of happiness in recent years, 2021 got off to an upsetting start for everyone at Universidad Catolica with the news that the popular Escobar has been diagnosed with prostate cancer.

The sad news initially seemed to signal that Escobar may miss the start of the Libertadores campaign, but there have been some positive signs already. Escobar returned three weeks earlier than expected to take training sessions and is likely to be present on the bench for the start of the season this weekend.

One thing that is guaranteed is that his players will be motivated more than ever to play for their boss following this news.

“He’s one of the most respected coaches in Ecuador, he’s a very good manager,” Diego Gomezjurado, a fan of the club for more than twenty years told WFi.

“Ever since he came here, he’s told the players how he wanted to play, and all of the players are completely sold into his system and we have seen that he fosters young talent quite well.

“When Ecuador appointed Gustavo Alfaro as manager of the national team last year, Escobar was one of the first people that Alfaro met with to get his respected and valued views on Ecuadorian club football.”

Escobar’s work has been integral to the success of Catolica in recent times, but there have been other key characters behind the rise too.

Many of the foundations on the pitch were laid by Jorge Celico, a coach that went on to guide Ecuador to their first-ever international silverware when his U20 side won the South American Championships in Chile in 2019.

“We managed to keep most of our young players in the club, this started with Celico when he came in 2012,” added Gomezjurado. “He was the one that started it all.” 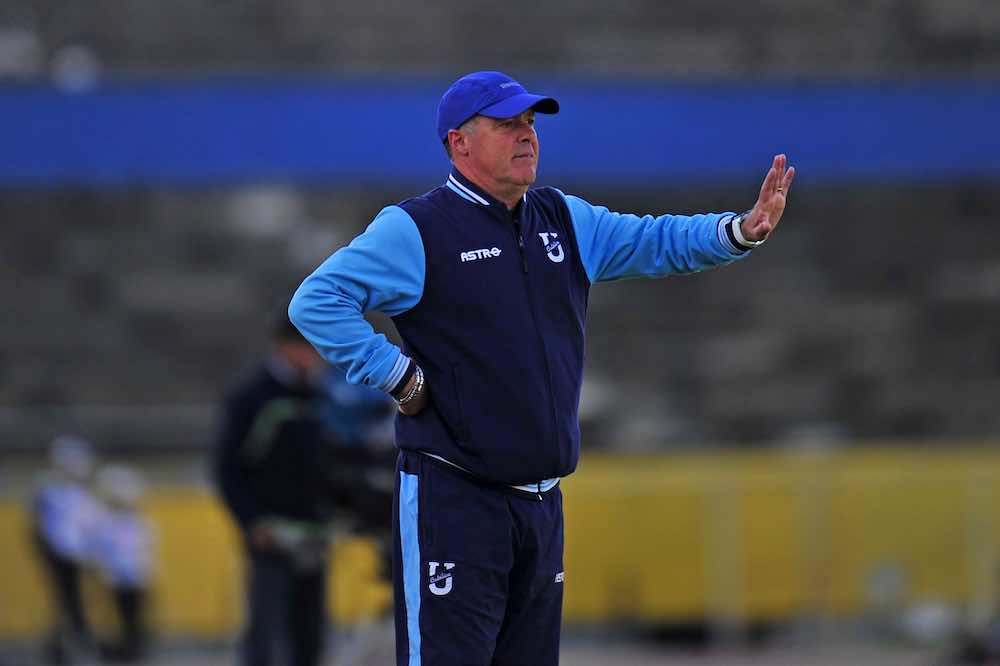 Celico has shown over the years that he has a real eye for promising young talent and how best to nurture it. This is best exemplified in the development of Ecuador U20 star midfielder Jose Cifuentes who is well set for a stellar career after impressing at Los Angeles FC in Major League Soccer and the CONCACAF Champions League last year.

Cifuentes is a player who was written off for being too small in his young teens but was spotted and recruited by Celico at Católica at youth level. He then became the fulcrum of his Ecuador side that won the U20 South American Championships then finished third in the FIFA U20 World Cup in Poland two years ago.

It was this kind of eye for talent from Celico and other youth coaches at the club that has helped to keep them competitive in the past decade.

“He’s one of the owners of the biggest banks in Ecuador and has investments in many businesses with many of these being sponsors of the club,” says Gomezjurado.

“Unlike many clubs in the country he brings stability to the club and he ensures the players are well paid and paid on time”.

Currently, the team play their home games in the national stadium in Quito. Given Católica only attract crowds in the region of just 300-400, it looks and feels vastly empty, although during Covid-19 times this won’t make much difference as they embark on their first Libertadores campaign for 40 years.

Support for the club is mainly made up of the middle to upper-class of Quito society, many coming through the university itself that maintains strong links with the club. There has also been some notable investment in the women’s team for the first time, as the club tries to broaden its horizons and appeal.

The club’s owners have acquired land near the university and there were plans to move to a new 10,000 capacity stadium in the coming years. The idea is to help modernise the club and give it a unique identity to attract more fans. However, plans appear to be on hold for now as they look to press on with success on the pitch. 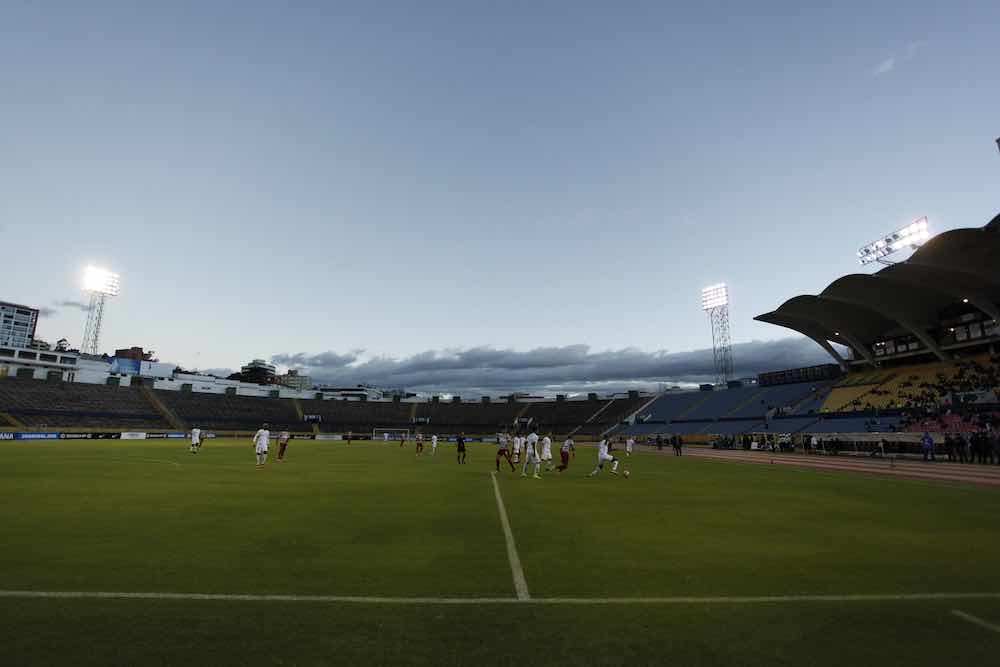 They will start their season on Friday before travelling to Uruguay to face Liverpool in the first qualifying round of the Libertadores.

As seen by the relative success of fellow Ecuadorian underdogs Independiente del Valle in continental competition in recent years, if you can progress far then you can enjoy two lucrative (relative to Ecuadorian football) revenue streams — prize money and player sales.

The emergence of the central defender Rockson Renteria at the end of last season has created a buzz.

Another emerging young star is fellow defender Kevin Minda, a signing from LDU Quito who impressed on loan last season.

However, it is a 19-year-old attacker with just a few minutes to his name so far that is the talk of the dressing room at the moment and could be the breakout star for Católica in 2021.

“When we (the fans) speak to the players after the game, many of them talk about how Yarol Tafur is always one of the best players in training,” says Gomezjurado.

Tafur looks to be a quick, fearless skilful attacker that can play wide or through the middle and crucially one that fits the style of this Católica side.

In an attempt to make the group stage of the Libertadores, the club hit the transfer market early and signed a number of players to strengthen their squad for the upcoming season.

New signings have come from domestic rivals with the highlight being midfielder William Cevallos joining from Olmedo.

Cevallos is set to bring an added threat in terms of goals and assists from midfield. The 30-year-old scored eight times last season from an average of four shots a game while he ranked number three for both volume and accuracy of through balls in the league despite not actually registering an assist.

Cevallos was ranked the number one centre midfielder in the Ecuadorian LigaPro on WyScout in 2020, and it should be noted he played in multiple positions often within games for his former club, often deployed in more attacking positions. His range of passing should be more rewarded in a better side, so he is certainly one to watch.

To reach the group stage, they need to navigate through three phases starting with that clash with Uruguayan side Liverpool. Libertad await in the second phase and they may have to beat Colombian giants Atletico Nacional for a place in the group stages.

Last year saw fellow Ecuadorians Barcelona SC make it from the first stage to the group stage, the first side from Ecuador to do so since the iconic and remarkable Independiente del Valle side who reached the Libertadores final in 2016.

So although the group stage of the Libertadores looks to be far off in the distance at this point, it isn’t completely beyond the reach of the Little Blue Train.

A special thanks to Diego Gomezjurado for his help with putting this article together. You can read more of Diego’s work via his freshly launched newsletter on Ecuadorian football: https://ligaproroundup.substack.com/p/ligapro-action-returns