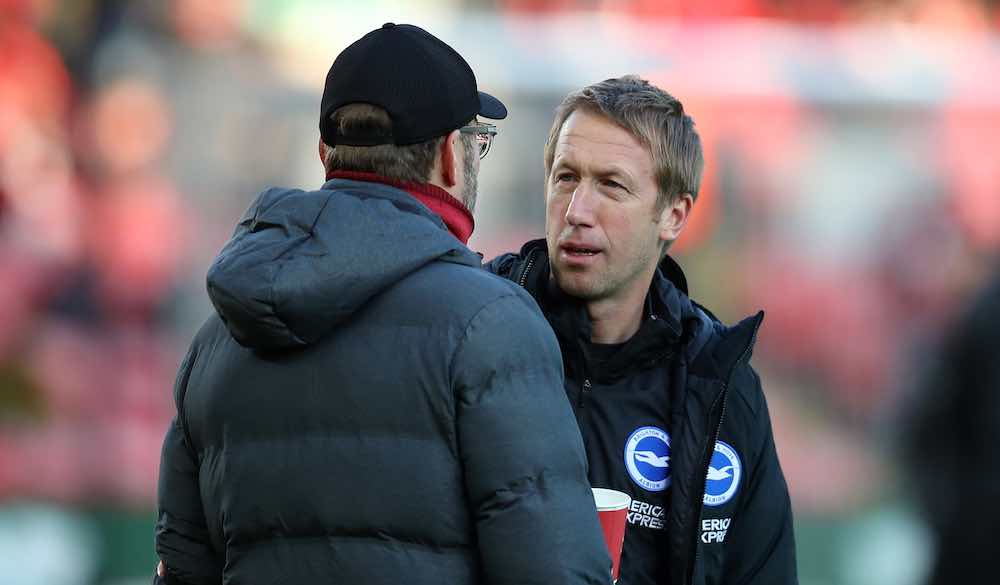 Brighton and Hove Albion saw off Liverpool with an impressive display at Anfield, leaving the defending champions seven points behind Manchester City at the top of the Premier League table, with the current leaders also having a game in hand.

Graham Potter’s side came with a plan which didn’t focus solely around defence, as is the case with many teams who visit Anfield.

Brighton outshot Liverpool 13-11, had four shots on target to Liverpool’s one, and also came out on top per the expected goals metrics, as shown in the example below from Understat. 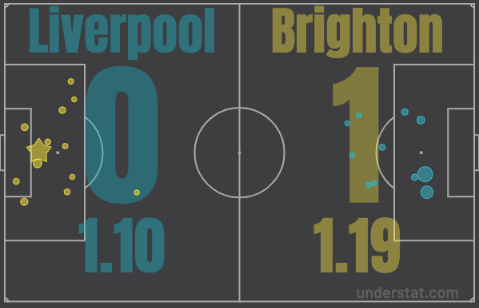 Brighton had chances beyond the goal which was put away by a combination of Leandro Trossard and Steven Alzate, with Dan Burn impressing down the left, both creating trouble for Liverpool’s defence while also helping stifle their attack.

Liverpool had not been beaten at home for 68 games prior to their loss to Burnley on January 21, and this latest loss made it two defeats in a row at Anfield.

“The better team won,” Liverpool left-back Andy Robertson admitted when speaking to BT Sport after the game. “Brighton were probably better at pretty much everything.

“They kept the ball really well, they created chances, they pressed us in situations and won the ball back, which, before the game, that was what we wanted to do. We didn’t quite manage to do it.”

“Brighton played four centre-backs and they were all outstanding to a man at the back, they played really, really well.”

Burn was one of those four centre-backs but was far from playing a centre-back role.

He was dynamic down the left flank, covering every blade of grass between each box, while also doing important work inside them.

It was he who created the chance for the goal, even though he won’t get the assist in the stats, and also had a number of chances of his own to score. The fact he was unable to take them was the only slight on what was an outstanding display. 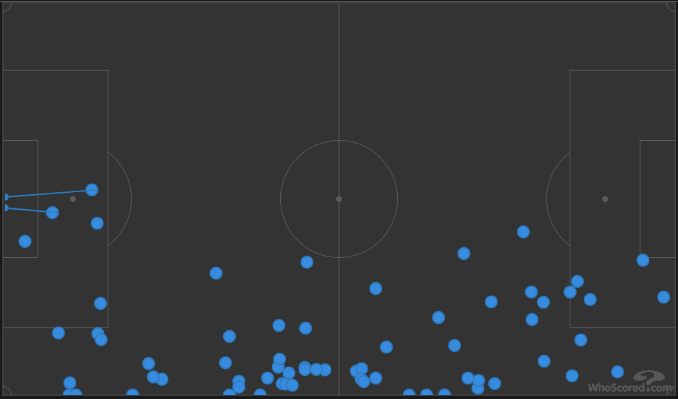 “It was a really good performance throughout the team, and I am very proud of the players for the way they played against a top, top side, they were fantastic,” said Potter.

“I thought we were worthy of a goal. We attacked with intent and our pressing and organisation was exceptional.

“We will enjoy tonight because it’s not often you win against the champions. The players were sensational but now we have to recover for a tough game on Saturday at Burnley.”

Brighton’s 1-0 win at Anfield has been compared to that of their next opponents weeks earlier, but Burnley’s win was much more smash and grab than the more controlled effort from Potter’s side.

That’s not to diminish the effort and performance of Burnley at Anfield — ending Liverpool’s unbeaten run there took some doing even with the injury problems Jurgen Klopp’s side currently have — but Burnley were lucky to hold onto their win whereas Brighton were unlucky to not win by more.