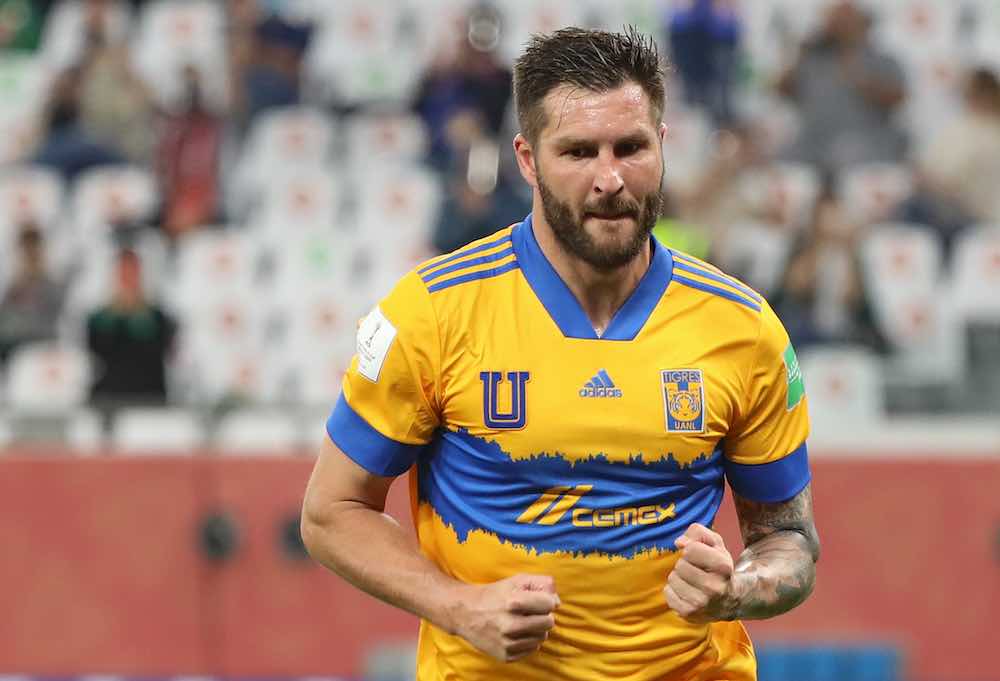 Tigres reached the Club World Cup final for the first time in club’s history after defeating Palmeiras 1-0 in the semifinal.

The Mexican side also became the first Concacaf Champions League winner to beat a Copa Libertadores champion in the Club World Cup.

The Felinos held on to the lead given to them by André-Pierre Gignac’s penalty and will face the winner of the other semifinal between Bayern Munich and Al-Ahly.

For those disappointed following the poor Copa Libertadores final last weekend, watching Palmeiras for a second week in a row wasn’t a very attractive idea. O Verdão‘s form in the Brasileirao — four matches without a win — didn’t help either.

However, an all-Latin American Club World Cup clash is always worth to watch.

Tigres reached this stage thanks to an impressive performance against Ulsan Hyundai and a brace from their French superstar, Gignac.

The last time Concacaf Champions League winners and Copa Libertadores champions met in the Club World Cup was in 2017 when Grêmio saw off Pachuca.

Club World Cup semifinals do not often put together two sides from these regions, so when it happens, it’s great to see.

Despite the lack of goals, the first period had some interesting moments, and Palmeiras goalkeeper Weverton showed up from the very beginning to deny Tigres.

The Brazilian goalkeeper made a big save after a Carlos González header as both teams tried to play attacking football.

At times, Palmeiras were able to dominate the ball, but they didn’t create much danger. A long-range effort from Rony, saved by Nahuel Guzmán, was the closest Verdão came.

Tigres turned up the heat as they looked for the opening goal, but Weverton came up big for the Brazilians. Gignac’s efforts weren’t enough to beat the in-form keeper.

Things finally changed for the Mexican side in the second half. The final minutes of the previous 45 minutes had shown that they were capable of launching dangerous attacks, and they carried this confidence into the second period.

A Luan foul on Carlos Gonzalez gave Tigres the chance to take the lead from the penalty spot. Gignac converted even though Weverton guessed the right way, and the well-deserved advantage for the Liga MX side forced Palmeiras to up their game.

Tuca Ferretti’s team dropped back after the goal, but Abel Ferreira’s side started to push for the equaliser. With the hour mark approaching, Palmeiras found the back of the net through Rony, but it was disallowed for offside.

Ferreira made a number of substitutions and modified the tactical setup for Palmeiras, shifting to a back three.

With the experience of veteran Felipe Melo, plus offensive weapons such as Mayke and Willian, Palmeiras had plenty of firepower but it didn’t seem to be enough. The game was coming to an end and Tigres were holding onto their lead.

The Mexicans fought hard to resist Palmeiras’ attacks in added time, and there was some tension in those final minutes. Matías Viña almost made the miracle but his shot went just wide of Guzmán’s right post.

Tigres became the first Concacaf Champions League winner to reach the Club World Cup final. They also defeated the Libertadores winners, something that no other Concacaf club has done before.

The Auriazules are well-deserved finalists. Their squad is really interesting — they have a top striker in Gignac and a well-balanced lineup.

The semifinal also showed Palmeiras still struggle to put in convincing performances, despite them being crowned Copa Libertadores winners just a week ago.

Tigres’ dream just got bigger, and next Thursday they’ll have the chance to claim global glory in the final. Even though their campaign is already historic, their hopes don’t stop here.