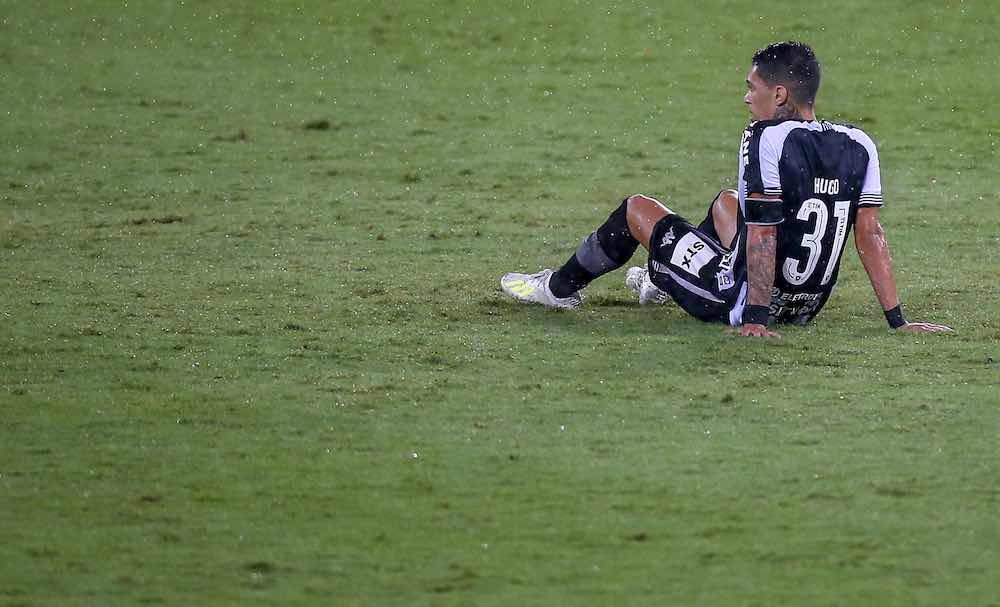 The referee blows his whistle and the irreversible weight of full-time falls upon the Estádio Nilton Santos.

The match, played amid the summer rain of Rio de Janeiro, comes to an end, and the players, decked out in their traditional black and white, look on in disbelief.

This moment has been a long time coming for their club. The stadium is empty and no boos or jeers can be heard from the stands, but make no mistake: Botafogo is burning.

Botafogo de Futebol e Regatas, once considered to be one of the greatest teams in Brazil, have been relegated to Série B, the second division of domestic football, for the third time in the last two decades. It is the culmination of what has been one of their worst seasons in a century. In a year blighted by the Covid-19 pandemic, the club won just five league matches and became the first team to fail to earn 30 points within a single Brasileirão campaign — pitiful statistics for an institution counted as one of the “Big 12” of Brazilian football.

🚨🇧🇷 The unthinkable has happened in the Brasileirão. Vasco da Gama have been relegated and will join Botafogo and Cruzeiro in the 2021 Série B.

This will be the first time that 3 teams from the ‘Big 12’ will compete in the Second Division. A crisis for Brazilian football ⚽ pic.twitter.com/0SSAN69i8V

However, Botafogo’s fall from grace was no accident; rather, after a series of poor decisions and internal problems, the Fogão had become a casualty of its own catastrophic mismanagement.

A lack of cohesive administration is not a new phenomenon in Brazilian football. It’s not at all uncommon for the biggest and richest clubs in the country to have financial issues, but Botafogo have taken such problems to stratospheric heights. The Rio de Janeiro side are drowning in debt.

It is reported that Botafogo are around $845 million reals (approximately £110m GBP or $150m USD) out of pocket, making them the most indebted team in Brazil. Both staff and players alike have recently spoken of unpaid wages, and foreign clubs have been left hanging due to delayed transfer fees.

Towards the end of 2019, Botafogo were faced with the need to flesh out their squad, but with a bank account in the red, the board of directors needed to get creative. The solution, according to the then president Nelson Mufarrej, was to embark on a signing spree, acquiring players, left, right and centre, either via free transfers or loan contracts.

The result of this thrifty plan was that in the 2020 season alone, Botafogo signed a staggering 27 players, with over half of these being loan arrivals. Compare this number with that of current champions, and cross-town rivals, Flamengo, who brought in just six new faces, and it is clear to see that Botafogo had a bloated squad on their hands.

The gates at the Estadio Nilton Santos had thus become a revolving door. It was in this climate that Keisuke Honda and Salomon Kalou washed up on the shores of Guanabara Bay.

Both players arrived in Rio de Janeiro in a wave of great anticipation. The pair had come from European clubs, Honda having previously been at Eredivisie outfit Vitesse and Kalou, who won the Champions League with Chelsea in 2012, crossing the Atlantic after six years with Hertha Berlin in the Bundesliga.

In the eyes of Mufarrej and his comrades, Honda and Kalou were the antidotes to all of Botafogo’s ailments. In an ideal world, the duo would anchor the midfield and provide an element of consistency and balance that only a European education could afford.

But their stints were to prove to be anything but consistent. Honda made sporadic appearances for the Alvinegro and netted just two goals over the span of 18 games, during which he was often described as “lazy” and “unenthusiastic” in the middle of the pitch.

In December, less than one year after he first put on the black and white kit of Botafogo, Honda asked the club to terminate his contract, expressing unhappiness and frustration with the club’s management.

“It’s not just this season, but for a long time, Botafogo has had financial problems,” Honda wrote in November on social media. “I think now is the time for all the directors, professionals, players and fans to rethink the way of directing and administrating the club.” 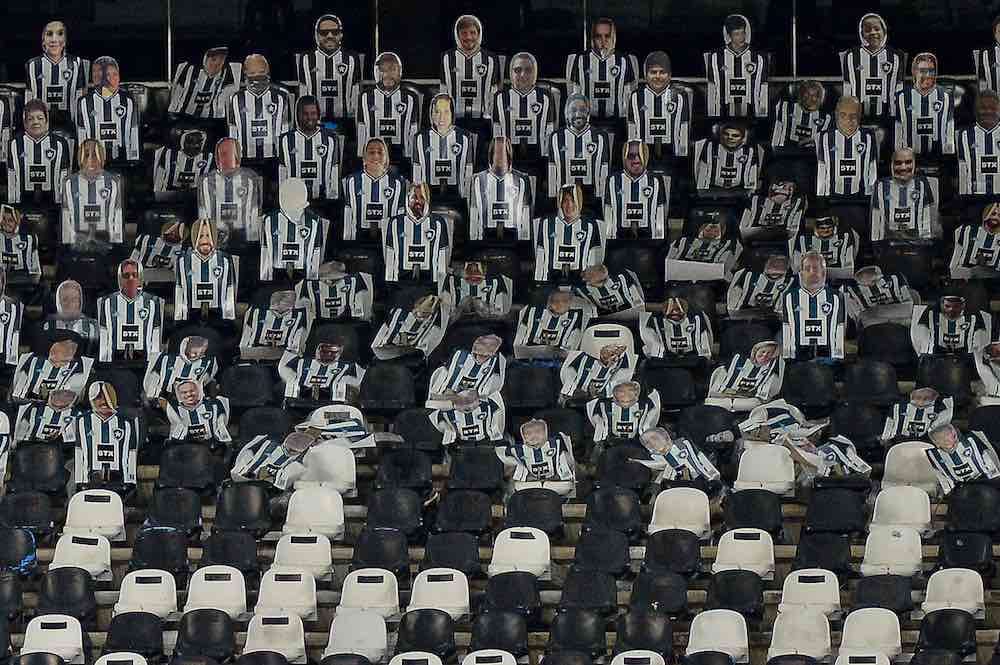 His adopted Brazilian brother-in-arms Salomon Kalou has also shared similar doubts about Botafogo, recently telling the BBC: “Before I joined the club, I knew that they were in financial difficulty, so I didn’t come for the money. The planning of the project wasn’t well thought through.”

For Kalou, his concerns about the club off the pitch translated into on-field problems. The Ivorian made 25 appearances for Botafogo, with just under half coming from the bench. Despite his promising start, which included scoring in his second match for the Fogão, Kalou’s time in Rio de Janeiro was nothing short of disastrous. His first goal ended up being his only one for the club and, with three matches left before the end of the season, he was dropped from the squad. In the six games before he was banished to the sidelines, Kalou was given just 21 minutes of playing time.

“Sometimes, you need a lot of physicality and ability in a lot of one-on-one situations. It is less tactical,” he said about the Brazilian game. “Remember Honda is 34, I am 35 so we aren’t the type of players who are going to dribble everyone and score every goal.”

Kalou has also spoken of his decision to swap the elite leagues of Europe for the pace of the Brasileirão: “I came for the experience; I could have gone to China or an Arab club if I wanted the financial side. Paulo Autuori brought me here.” 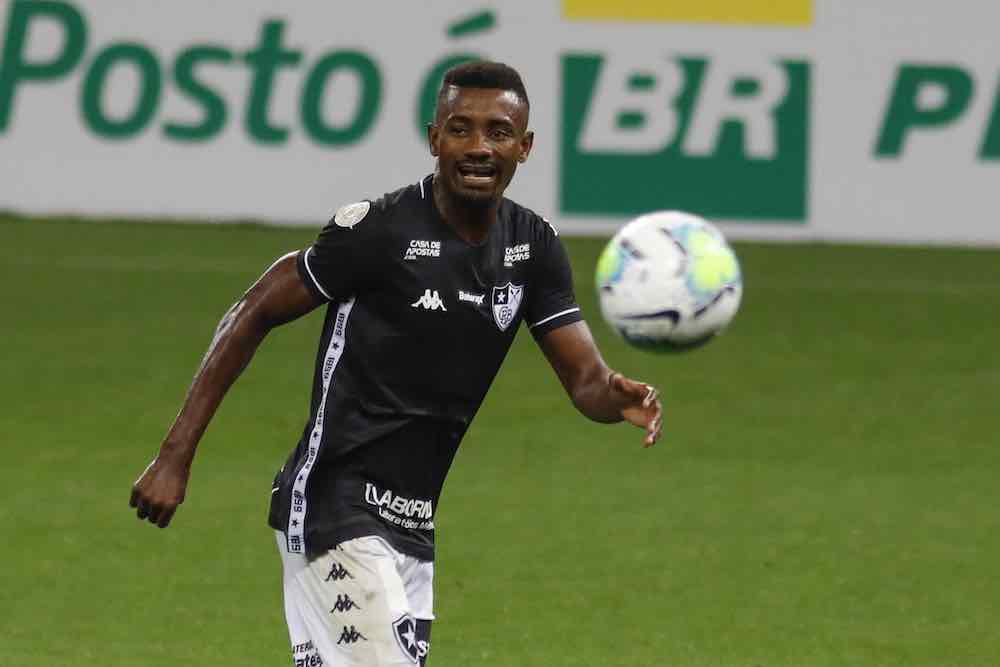 So, after just eleven matches in charge that yielded a mixed bag of results, Autuori was let go by Botafogo and was swiftly replaced by Bruno Lazaroni.

Lazaroni, who spent his entire managerial career within the various youth ranks at Botafogo, did not fare much better in the pressure cooker of the Estadio Nilton Santos. In a hot-headed decision undertaken following a knock-out loss to Cuiabá in the Copa do Brasil, he was sacked just 26 days after taking over the top job.

It was a rash move to say the least considering that the Brazilian had achieved decent results in the Brasileirão, with back-to-back wins against Palmeiras and Sport Recife, in addition to two draws and just the one loss, away to Grêmio.

But despite his achievements, Lazaroni recorded what was at the time the second shortest stint as Botafogo manager since 2003, beaten only by Mário Sérgio, who in 2007 left the post owing to salary disputes after a mere nine days in charge. In hindsight, the dismissal of Lazaroni came to be seen as yet another disastrous decision that led to the derailment of the club in their 2020 season.

When Lazaroni departed the scene, Botafogo were in a respectable 14th place, which, given Brazil’s vast number of allocated spaces for continental competitions, would have been a good enough spot to guarantee them a place in the 2021 Copa Sudamericana. However, the wounds that had begun to manifest were now starting to bleed, and by midway through his successor’s stint at the helm, the team was positively haemorrhaging.

Ramón Díaz was announced as Lazaroni’s replacement at the end of October to massive fanfare. Having decorated his fair share of the trophy room at El Monumental during his spells with River Plate as both a player and manager, in which he won nearly a dozen league titles as well as led Los Millonarios to the 1996 Copa Libertadores, the Argentine was seen as the saviour in the middle of a storm. That said, he was not expected to perform divine miracles at Botafogo; his sole mission was instead to pull the team into safer waters, far away from the sinister torrents swirling below in the relegation zone.

But as fate would have it, Ramón Díaz never made it to the bright lights of Rio de Janeiro. His Brazilian sojourn was impeded by last-minute surgery he underwent just days before his scheduled debut for the Glorioso.

Instead, his son Emiliano Díaz, who has served as his assistant coach since 2011, took over the job. But over the next month, both his father and the beleaguered Botafogo torcida could only watch in horror from their living rooms as the Alvinegro lost all three of their matches under Emiliano, piling on the problems already mounting for the doomed club. Lasting 22 days, the Díaz reign proved to be even shorter than that of Lazaroni.

The final figure to step into the ring at the Nilton Santos before the Fogão’s impending downfall was Eduardo Barroca, a young pragmatist with a penchant for Guardiola-esque football. He had already ridden the managerial rollercoaster at Botafogo once before, coaching the club for several months back in 2019. 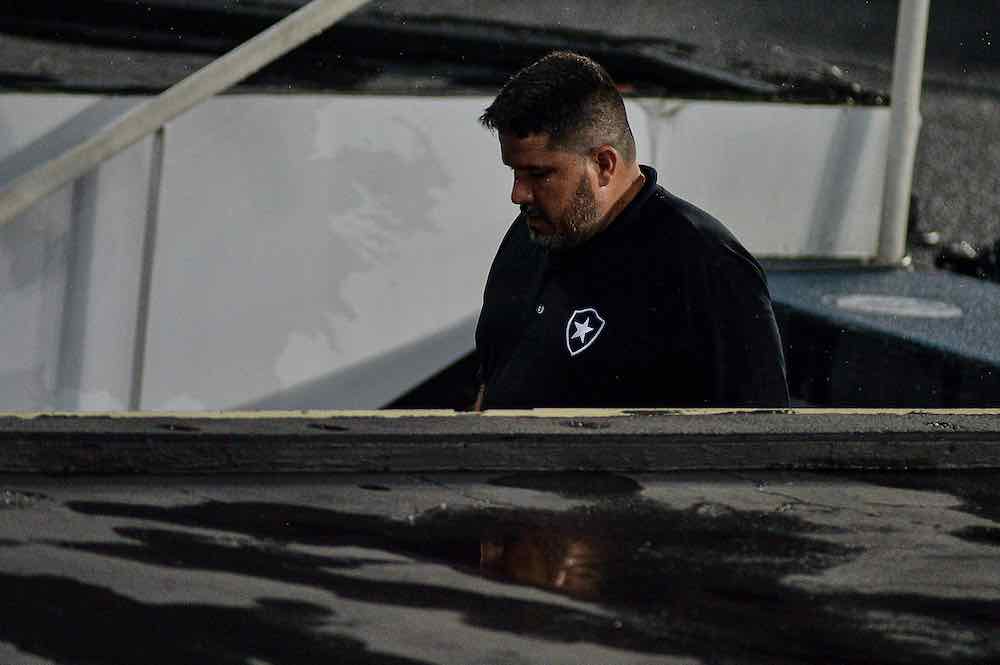 However, Barroca had the unfortunate distinction of being in the technical box on that rainy night in Rio when Botafogo faced their fate and were relegated from the Brasileirão. Although, of course, he can hardly be held culpable for all the failures that had led the club to this point of no return.

All in all, this season panned out like a train on a slow trundle towards an inevitable disaster for Botafogo, but their ill-fated journey does not end here. Next season, the team will play in Série B and despite having secured immediate rebounds to Série A on both of their previous jaunts to the lower tiers, a bounce back this time will be no simple task.

The chances of other teams securing a trip to the top flight cannot be brushed aside either. In a huge surprise, Cuiabá Esporte Clube were promoted to the Brasileirão for the first time this season, despite playing in the third division only three years ago. In an oversubscribed contest, nothing will be a guarantee for Botafogo.

However, in a season filled with little optimism for the Fogão, a couple of silver linings can be found behind the clouds. First is that their squad is peppered with some young starlets, including 16-year-old striker Matheus Nascimento, a homegrown talent who started to receive regular playing time these last few weeks, and has since been called up to represent the under-17 national team. Such youngsters will be a key component of Botafogo’s rebuild in the future.

Meanwhile, old hands such as Paraguayan goalkeeper Gatito Fernández have made clear their intention to stick with the club throughout their campaign in Série B. However, younger talents including Matheus Babi and Caio Alexandre have not made their allegiances known. Both players, who did well this year considering the circumstances, are reportedly weighing up offers from within Brazil and abroad.

No one quite knows what will befall the fallen giants of Rio de Janeiro this coming season. And only time will tell what destinies will be written in the stars for the Estrela Solitária.