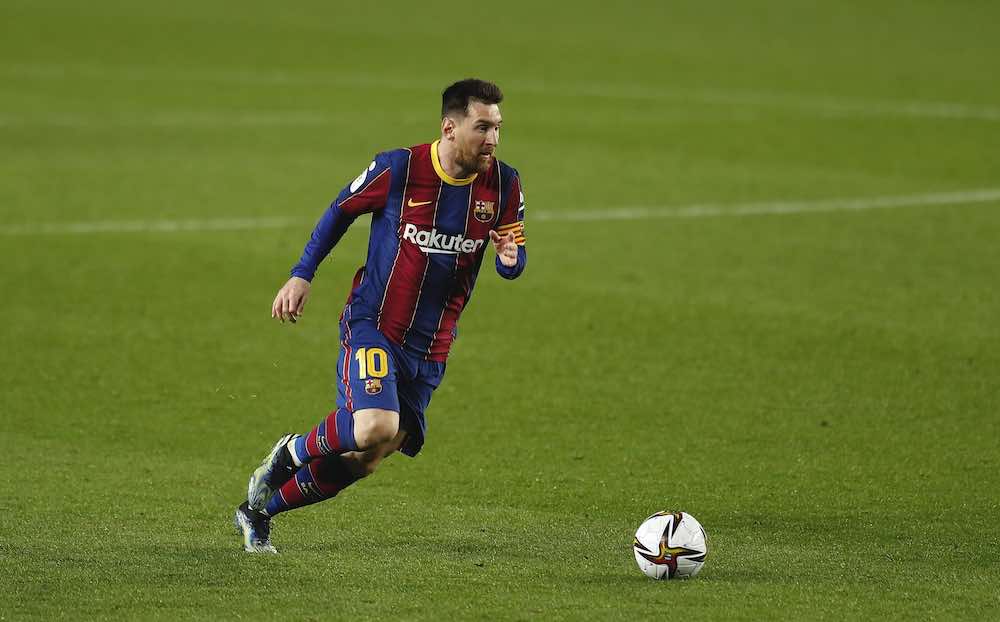 Barcelona welcomed Sevilla to Camp Nou on Wednesday evening knowing that they needed to win, and win well.

The sides were meeting in the second leg of the Copa del Rey semi-final, with Sevilla winning the first leg 2-0 the previous month. A lot had happened since then, however, with Barcelona going to Andalusia just this past weekend in La Liga and pulling off a comprehensive 2-0 win themselves.

The momentum had shifted, somewhat, with Ronald Koeman’s new three-at-the-back shape proving to stump Julen Lopetegui and the increased emphasis on physicality on the part of the Catalans proving to neutralise one of Sevilla’s key strengths.

It was a similar story that night. Barcelona won 3-0, going ahead early through Ousmane Dembele before Gerard Pique scored a 93rd-minute aggregate equaliser. It was a goal passionately celebrated, with a clip of Lionel Messi jumping in joy in its immediate aftermath going viral online.

Pique’s goal took the game into extra-time, which Barcelona confidently took control of through a goal from Martin Braithwaite. Sevilla looked dead on their feet, and Barcelona, alive now in both La Liga and the Copa, looked revitalised.

It was a hot night, despite the absence of a public in the stands. There was an array of yellow cards handed out by the referee, with strong words exchanged between Koeman and Lopetegui and a variety of running battles taking place on the field of play.

The tension spilled over post-game in the tunnel, with Messi taking exception to comments made during Saturday’s fixture by Monchi, Sevilla’s sporting director. Monchi had called Koeman a crybaby because of the manner in which he was constantly complaining about refereeing decisions.

Messi led a cohort of Barcelona players to angrily press Monchi in the tunnel, with the encounter becoming heated indeed. Monchi was heard to angrily yell that Barcelona always win unfairly, while Messi and his team-mates told him that now he was going home nice and cosy.

The incident underlines how committed Messi is to the cause. His future has been a source of constant speculation ever since the summer, when he tried to leave the club on a free transfer but was forced to stay. Paris Saint-Germain and Manchester City have emerged as the likeliest destinations, with the former especially fluttering their eyelashes at the Argentine shamelessly.

If you feel like you have a strong idea as to where Messi could end up, sportsbet.io are a good place to lay it down. Messi, for his part, has always maintained that his decision wouldn’t be taken until the season ends, and that strategy now seems to be bearing fruit.

Messi is playing with fire and fury, top of the Pichichi standings and clearly invested in Barcelona’s success. He looks to be enjoying his football alongside talented youngsters like Pedri and Frenkie de Jong, and respects Koeman, evident in the manner in which he defended his boss against Monchi. Perhaps the tide is turning at Barcelona, and a brighter future is on the horizon. Maybe even with Messi in it.