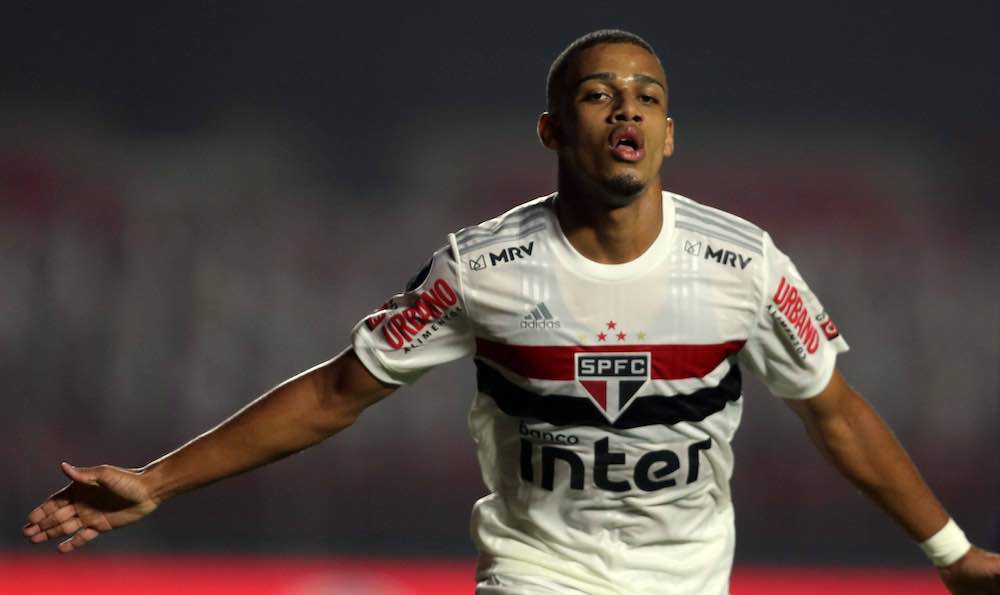 Brenner’s move from São Paulo to FC Cincinnati felt like a watershed moment. Young players moving from South America to MLS is nothing new but, despite being a trend that is gathering pace, it has typically tended to be lower profile talents and clubs that have been targeted.

So when former Brazil youth international Brenner — hot off a 21-goal season and seemingly bound for Europe — made the switch for $13m, the sensation was different.

Only the marquee transfers of Ezequiel Barco and Pity Martinez to Atlanta Utd can compare in terms of statements of intent, but even they seemed less incongruous given the success and profile of the Five Stripes.

For a struggling side new to the division investing so heavily in one of the biggest starlets from the Brasileirão, it was inevitably going to send shockwaves through the old establishment.

Brenner’s abilities have been apparent for some time. He first garnered praise and recognition as part of a Brazil U17 team that included Vinicius Junior, Paulinho and Marcos Antonio.

Initially more of a jet-heeled wide forward, he scored three goals in seven games as Brazil reached the semi-finals of the 2017 U17 World Cup in India, before being beaten by an England side featuring Phil Foden, Calum Hudson-Odoi and hat-trick hero Rhian Brewster.

With his star on the rise, Brenner made his first start for São Paulo later that year and scored his first goal in a 1-1 draw against Bahia. Everything seemed set for him to become the latest prodigy to emerge from the famed Tricolor academy.

However, opportunities were few and far between. Mainly limited to sub appearances, Brenner featured only 10 times and scored two goals. The following year he was loaned to Fluminense but only played on five occasions and his focus drifted away from the pitch, even causing him to contemplate giving up on his dream of making it as a footballer.

But, under the guidance of Fernando Diniz, Brenner was revitalised in 2020 and made good on his early promise. Converted to more of an out-and-out centre forward he burst into life with a 13-goal one month spell between October and November.

Forming an excellent partnership with Luciano, Brenner scored 11 league goals in 27 games, plus six strikes in as many games in the Copa do Brasil and another two goals in both the Copa Libertadores and Copa Sudamericana.

Why should Cincinnati fans be excited?

First and foremost, Brenner has a striker’s instinct which will be a much-needed boost for a side that only managed 12 goals in 23 games last season.

The 21-year-old goal-getter excels at getting into the right positions inside the box and staying alert to any chance that might fall his way. His 0.52 non-penalty goals per 90 last year put him 5th highest in the Brasileirão and he averaged 3.21 shots per game, with 42.6% of those on target.

As with all good strikers, it’s his economy of touches inside the penalty area that makes him so deadly. Rarely needing more than a touch or two, Brenner thrives in and around the six-yard box, with 19 of his 21 goals last year coming inside the area. What’s more, his xG for these chances was 18.43, suggesting that when he gets a sight at goal, he usually takes it.

Boasting good technique off both feet, Brenner is capable of more spectacular strikes — such as his controlled volley against Lanus and his brace against Fortaleza – but is definitely a striker who relies on good service to be at his most effective. If FC Cincinnati can provide him with this then he should help fire them up the table.

One of Brenner’s greatest qualities is his fantastic work rate. Mobile and hard-working, he presses extremely well and is always a handful for defenders. His goal against Flamengo, robbing goalkeeper Hugo Souza of the ball to tap into an empty net, is a perfect example.

With the pace and athleticism to get behind defences, Brenner can be a threat on the counter-attack but, while he carries the ball at pace, isn’t your typical mazy Brazilian dribbler. It does also give him the versatility to play wider but this can negate his goal threat.

A well-rounded forward, he links well with others and keeps the ball well, as shown by his 87.2% pass accuracy last year, and is a good header of the ball despite not being the tallest.

On paper, Cincinnati look to have addressed their lack of firepower and surely the only way is up for Jaap Stam’s Orange and Blue.

But there is more than just Cincinnati’s ambition riding on this transfer. MLS’s reputation as a viable stepping stone for elite South American talent is also on the line.

While the number of homegrown talents being exported to Europe is on the rise, with player like Alphonso Davies, Daryl Dike, and Brenden Aaronson recently making successful moves, we’ve yet to see as many South Americans make the jump. Miguel Almiron is the obvious example, but there are slim pickings beyond that.

Brenner may well act as a weather vane for these types of transfers going forward. Succeed and we might see MLS clubs splashing out on the elite talents from Latin America more regularly; fail and the current lower risk model may well remain in place for a while longer.