Heartache For Werder, Joy For Union And Another Record For Lewandowski – Bundesliga 20-21 Review 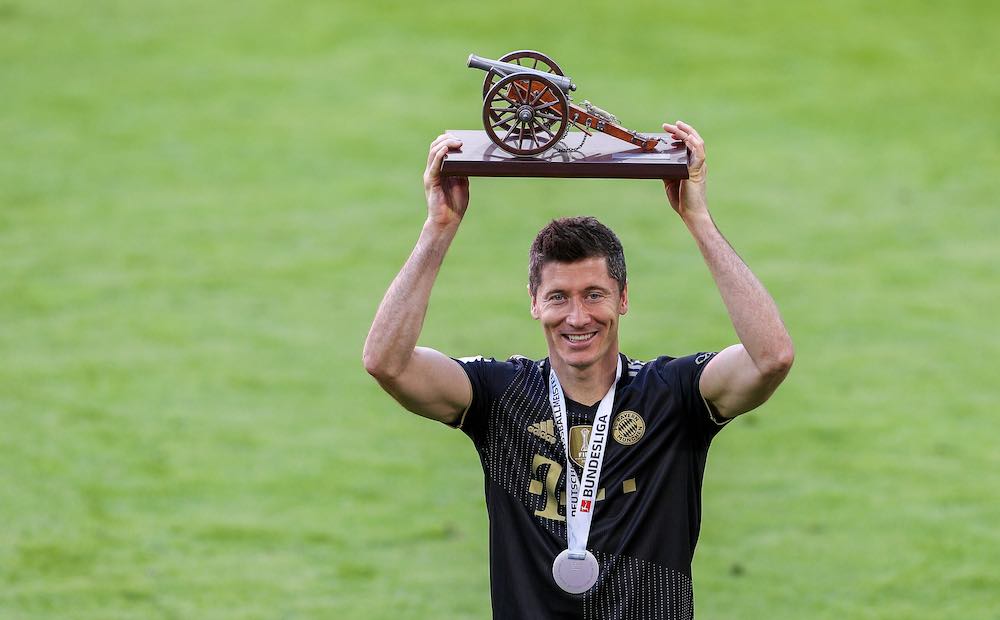 What felt like a season of attrition is finally over. It began before the dust from the previous campaign had barely had a chance to settle. As a consequence, in this era of Covid with no fans in stadiums and fatigued players succumbing to injury, the football suffered.

At least there is hope for the future. An improving situation here in Germany means we should have fans, the life and soul of German football, back in all stadiums for the start of next season.

The lack of fans, the silence or fake crowd noise and over-analytic VAR has sapped the joy from football. As life is beginning to move back towards a sense of normality, the hope is that the joy returns as the fans do. 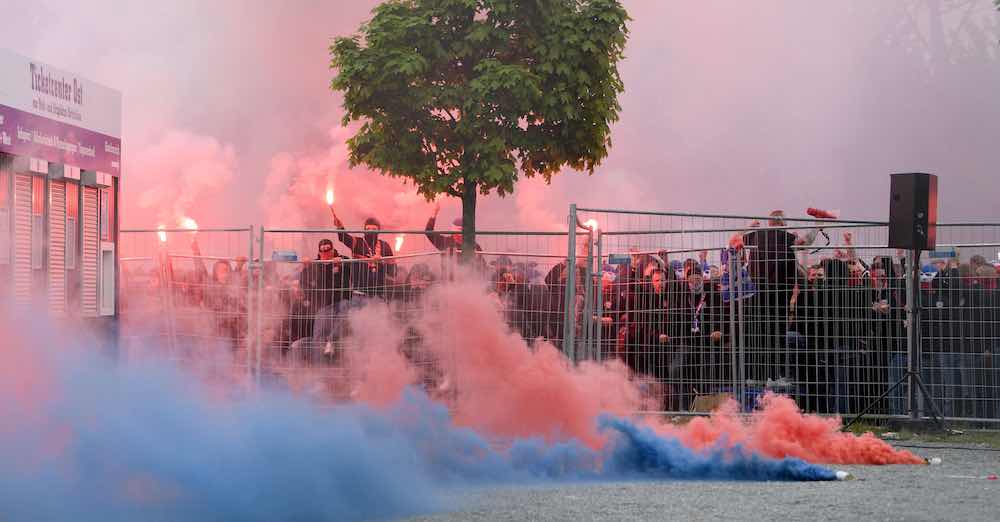 Joy was certainly not something associated with those who have dropped out of the Bundesliga. Schalke’s misery is not only well documented but also long-standing. Their relegation came as no surprise and for the club, it’s all about planning for the future. With debts of over €200m and a long list of sacked coaches, they simply have to make better decisions.

Two months ago, the question was who out of Köln, Arminia Bielefeld, Hertha Berlin and Mainz would finish in the remaining relegation spots. The incredible run of form for Mainz meant they comfortably ensured safety. Ambitious spenders Hertha turned to Pal Dardai once more to avoid the drop.

Bielefeld battled their way out of trouble and ended the season with an impressive 2-0 victory at Stuttgart. For Köln, even the appointment of Friedhelm Funkel couldn’t guide them away from trouble.

Indeed, only a dramatic late goal from Sebastiaan Bornauw saved them from automatic relegation. They now move into the second chance saloon that is the playoff. Their opponents, I’ll come to later.

The warning signs were last season. Florian Kohfeldt held onto his job and had a decent start to the season. However, when things began to go awry he struggled to turn things around. Strategic decisions made above must also come under question. Frank Baumann will be under pressure to get the next appointment and transfer dealings, right.

The delay in calling time on Kohfeldt was a strange one. To go through that disastrous run of form, but wait until the final game of the season to make the change was truly bizarre.

That final spot Köln avoided fell to Werder Bremen. Like Schalke, Bremen are a big club with a rich history. Their last win came in early March, which had them sitting on the periphery of mid-table. The following ten games earned only a solitary point and witnessed seven consecutive defeats.

OFFICIAL: Werder Bremen have been relegated from the Bundesliga for the first time since 1980.

Their 41 consecutive seasons in the top flight comes to an end. pic.twitter.com/lUzkUP2gG8

Intriguing decisions have also been made at the other end of the table. Despite turning around a fractured team in decline, Bayern effectively pushed Hansi Flick towards the exit door. The relationship between Flick and sporting director Hasan Salihamidzic was reportedly becoming strained as early as January last year. That centred around Flick’s frustration around what he saw as Bayern’s squad requirements.

Despite Salihamidzic not having a great record in the transfer market and Flick winning five major trophies in his short reign, the board backed Salihamidzic. After tying up the Bundesliga title, Flick announced his departure. He will take over the national team from Jogi Löw and leaves behind an impressive legacy at Bayern. 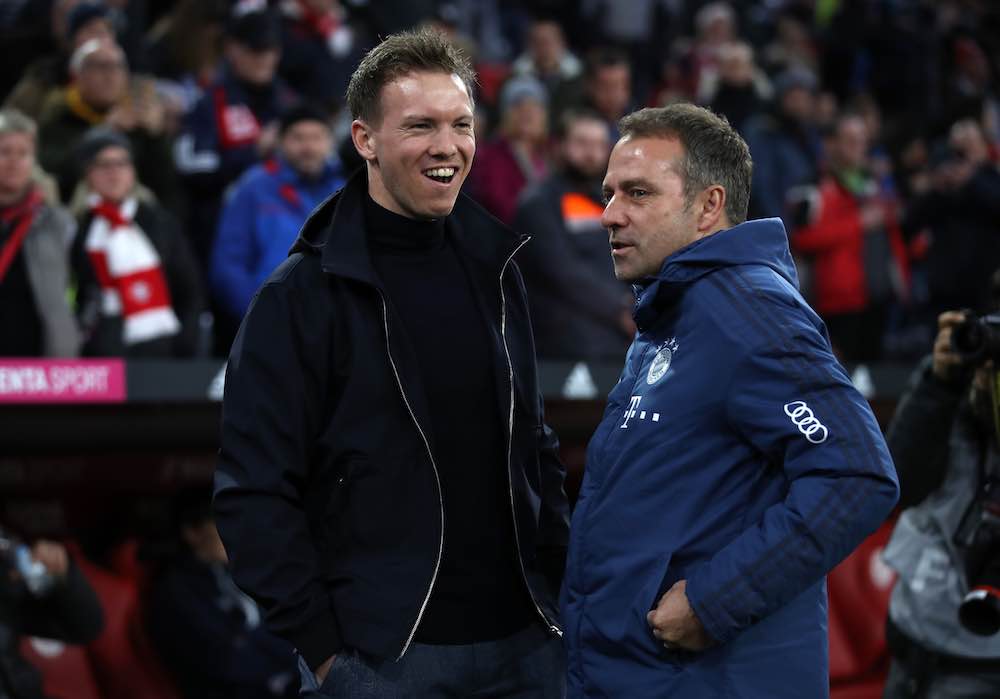 One player who somehow managed to further up his already world-class game was Robert Lewandowski. He followed up his incredible 2019-20 exploits by breaking Gerd Müller’s Bundesliga goal record. A last-minute poacher’s effort against Augsburg took him to 41 league goals for the season. Müller’s 40 Bundesliga goals in a season record had stood for 49 years. For Lewandowski to surpass it in just 29 games and at 32 years of age is truly astonishing.

When his time at Bayern does come to an end he will be difficult to replace. As for Flick’s replacement, Julian Nagelsmann still has much to prove. Yes, Leipzig finished second, but they also lost the DFB Pokal final 4-0 to Dortmund. Nagelsmann is rightly one of the most heralded coaches in world football, and much will be expected of him.

Winning the Bundesliga with Bayern is almost a given, so the bar of success will be set higher than that. It will be interesting to see how he deals with the pressure of expectation and how his relationship with Salihamidzic develops.

For Borussia Dortmund, a season that began with high hopes soon fell apart. By mid-December, any title challenge was gone, as was boss Lucien Favre. A string of limp performances, culminating in a humiliating 5-1 thrashing at home to Stuttgart, accounted for the respected Swiss coach.

Edin Terzic was called upon to take temporary charge, instilling a more aggressive approach. After the passive play under Favre, it was a welcome change, but structural vulnerabilities remained.

Results, and performances, were hit and miss. A couple of months ago, it appeared their season of hope was going to end in dismay. But boy did they turn it around. An emotional Terzic led his boyhood club to DFB Pokal glory and also guided them to third place in the final table.

Disaster averted, but a big summer lies ahead and Marco Rose will need to hit the ground running.

For Eintracht Frankfurt, the news of Adi Hütter leaving to take over Mönchengladbach coincided with a drop in form.

Perhaps it was unsustainable, but that run of bad results cost them what looked to be certain Champions League qualification. Like Dortmund, Frankfurt are a club that need to have a successful summer.

Speaking of success, Union Berlin celebrated their second season in the Bundesliga by qualifying for European football. It may only be the Europa Conference League, but to Union it’s huge.

Union Berlin have finished above rivals Hertha in the Bundesliga first the first time in 29 years.

They have been a breath of fresh air in the Bundesliga and hopefully, the return of fans will only help them flourish further.

How they deal with the challenge of fighting on two fronts next season will be interesting.

The same can be said of Wolfsburg, another club that has overachieved this season. Qualifying for the Champions League is a tremendous achievement, but the flip side is that clubs are looking at their players, and boss Oliver Glasner.

All this talk of next season wouldn’t be complete without mentioning the clubs promoted from 2. Bundesliga.

First is title winners VfL Bochum. They have been outside the top flight for a decade, but finished the season in style and will provide neighbours Dortmund with a derby.

Joining them, after a dramatic final day, is Greuter Fürth. Holstein Kiel were in pole position, but lost to Darmstadt, meaning Fürth leap-frogged them.

So, we now have an intriguing playoff between Kiel and Köln. To lose Köln and its fans would be a shame, but equally, to gain Kiel would be the type of fairytale story that football thrives on.

The season is almost done, but maybe there’s still a bit of magic to come.

Loading...
Newer Post
Major League Soccer And The Rise Of Football In The US
Older Post
Red Bull Bragantino’s Edimar Hoping For Bigger & Better Things In 2021