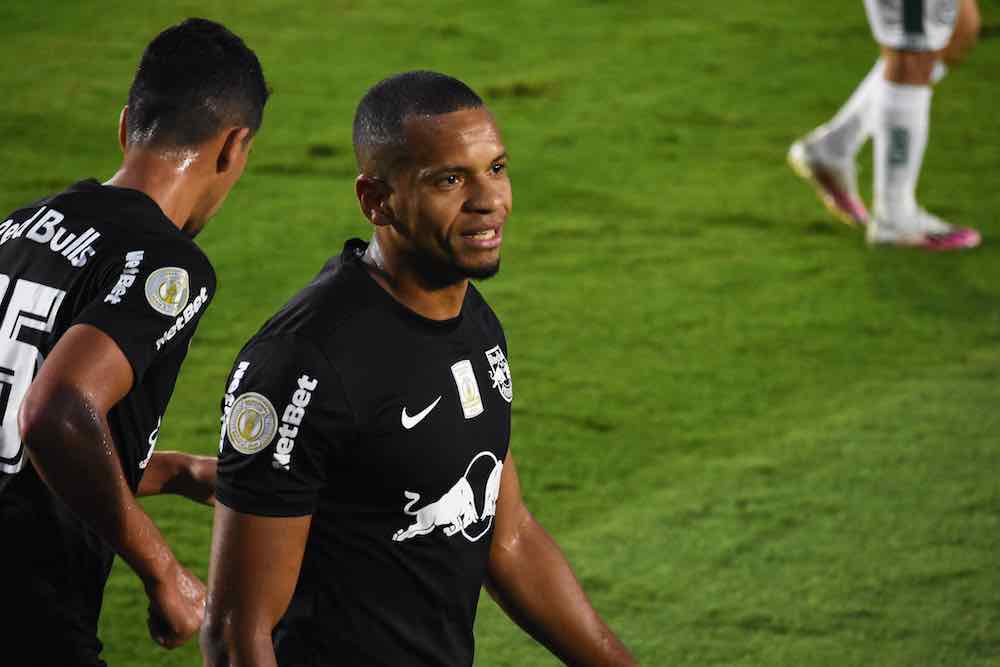 In 2019, Red Bull Bragantino earned promotion to Brazil’s top flight following a championship-winning season in which they topped Serie B by seven points.

The then manager, Antônio Carlos Zago, after leading Bragantino to the Brasileirão for the first time since 1998, left his role for the Japanese club Kashima Antlers, and in came Felipe Conceição.

Left-back Edimar played a key part in helping Bragantino achieve promotion in 2019 and 2020. In 2020 he started the season well, earning a place in the Campeonato Paulista team of the tournament.

Their start to life among Brazil’s big boys was disappointing in terms of results, though, and they only won one of their opening five games. A 3-0 loss to Fortaleza saw Conceição given his marching orders.

Maurício Barbieri was hired and tasked with turning defeats into wins. Bragantino started to improve with each game, and a 2-1 away win over Botafogo in November 2020 saw a change in fortunes for the club. 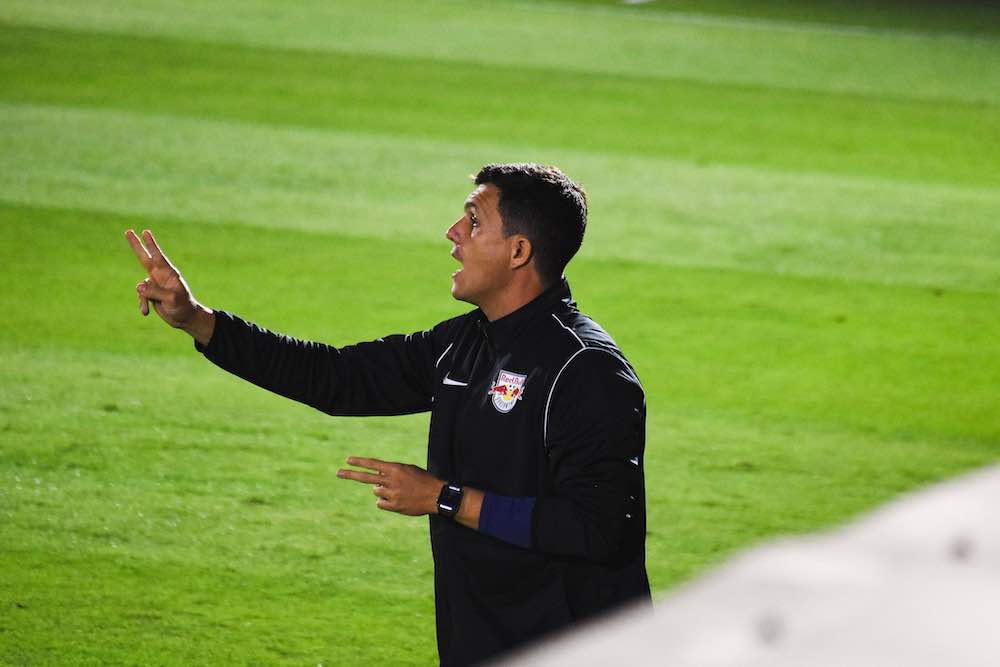 “We had some problems, including the change of coach and it takes a while for things to fall into place again,” Edimar tells WFi. “Our team has always been very good and we even played good games, but the results didn’t come.

“With Mauricio’s arrival things started to fall into place and from there we took a leap up the table!”

Following the aforementioned game against Botafogo, Bragantino went on to lose only three of their final 18 league matches, scoring 25 goals and only conceding 13.

Edimar played 45 times in all competitions throughout the season, racking up a playing total of 3,566 minutes, playing a major role in the club’s record of having the fourth-best defensive record in the division.

“For me, it was one of the best seasons as an individual and collective,” adds Edimar.

“I was the best left-back in the Paulista, we were champions of the Troféu do Interior, so for me, it was one of the best seasons.

“I think the rapport, teamwork and quality players, in addition to the work of Maurício, who showed his importance!”

It wasn’t just all about defence for the 35-year-old.

On the 11th of January 2021, Edimar got his head on the end of Claudinho’s perfectly struck corner, to give him his first goal in Brazilian top-flight football.

“Yes, it was a goal where we almost managed to win against Atlético Mineiro,” he says of the moment. “I think I have made a significant mark in the club as a left-back both in goals and in assists, so I feel important for the strengthening of the team on the national scene.”

Bragantino finished tenth, earning qualification to the Copa Sudamericana for the first time in the club’s history.

The Sudamericana had been played as a two-legged knockout until the final in previous years but for 2021, Conmebol gave the competition a revamp, adding a group stage to the tournament making it similar to the Copa Libertadores.

After five matches (Emelec x2, Talleres de Córdoba x2 and Deportes Tolima) in a group dubbed as the ‘death group’, Bragantino sit in second going into their final game.

They require a victory over Tolima and hope Emelec drop points against the Argentinians, to ensure qualification to the knockout stage (unlike the Libertadores, only one team will progress through the group stage). 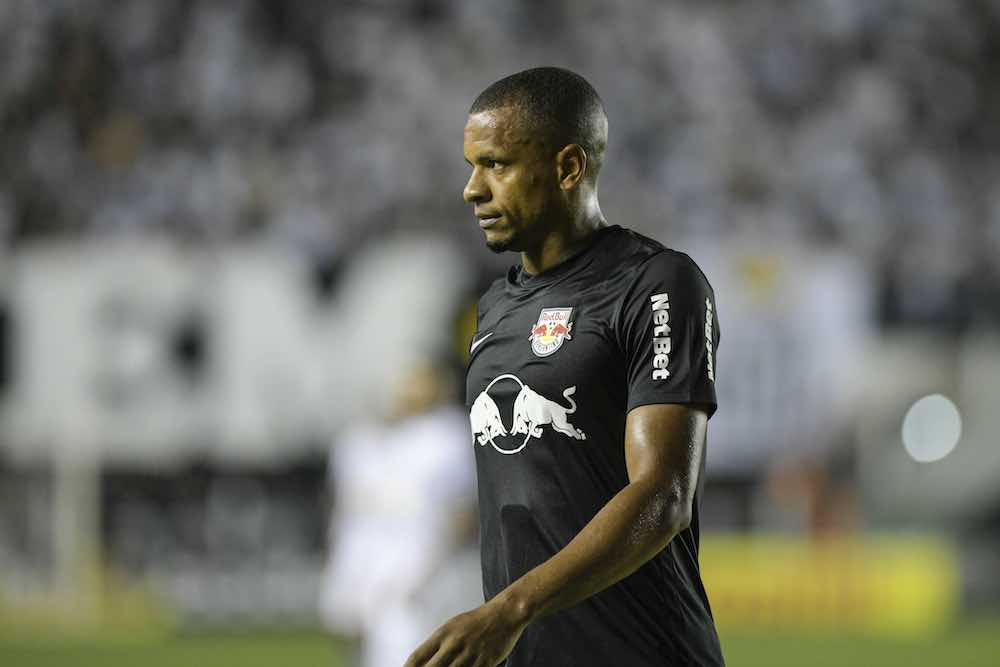 Edimar has featured in every Sudamericana game and the majority of their State Championship matches, meaning he’s had to find a way to adapt to the packed fixture list.

“This year the schedule is very tight and we are at risk of injury and also of the loss of technical and physical quality, due to the high number of games,” says the Brazilian. “I think the coaching staff is handling the situation well with what we have and we don’t have much to do with it, it’s an atypical year.

“The Sudamericana, it is a different competition where the details make the difference, it is a new tournament for the club and the vast majority of the team, but we are gaining experience and we want to seek the qualification for the next phase!”

With the start of the 2021 Brasileirão coming up this week, Bragantino know what to expect and are better equipped than at this time last year, having had a season to find their feet.

“We fought well for Paulista, unfortunately, we fell to Palmeiras, in the final stretch,” added Edimar. “I hope to pass in the next round of the Copa do Brasil and qualify for the next phase of the Sudamericana.

“In the Brasileirão, I hope to seek something greater than in the last edition of the tournament,

“I think above all we will not go through the struggles we had at the beginning of our time in the Brasileirão,

“The last edition was our first campaign in the top division. Now we know what it was, how it was, and where we went wrong, so I think the first step is to start well and, as I said, we want and we will look for bigger things this year!”

If Bragantino can pick up from where they left off last season, their fans can be in for another exciting ride!