How Jack Hendry Rebuilt His Career At KV Oostende 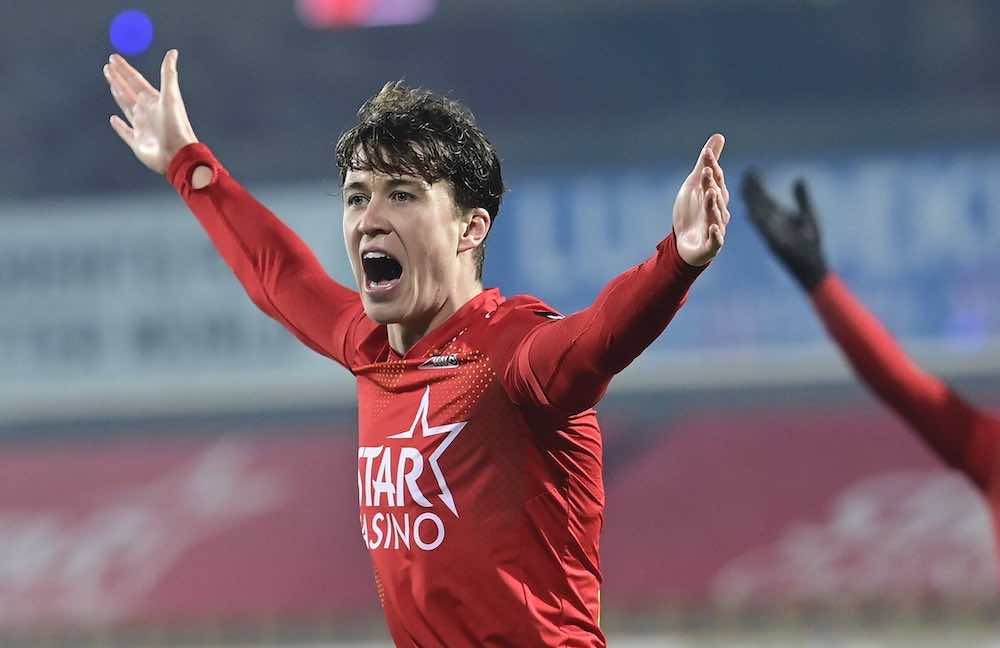 This time last year Jack Hendry was in Australia, on loan with Melbourne City who had offered him a way out from a troubled time at Celtic.

In just his second appearance for the A-League club, he seriously injured his knee and was recovering alone as the coronavirus pandemic gripped the globe.

What a difference a year makes. On loan at KV Oostende, Hendry has been ranked as the best player in the Belgian Pro League’s regular season by Sport Voetball magazine.

An injury picked up against Standard Liege last week now has Scotland fans worried he might not be available for selection for this summer’s Euros, where he would be a very useful squad option in the centre of defence.

The worry around his unavailability due to this injury (lower leg, not the knee again) shows his rise in stature and improvement during the past season, having returned to the Scotland squad ahead of the Euros.

It’s a remarkable redemption for the classy 25-year-old central defender.

Hendry rose to prominence in Scotland at Dundee as a physically imposing ball-playing centre back. His displays convinced then Celtic manager Brendan Rodgers to spend £1.2m to bring him to Parkhead.

His profile looked well-suited to Rodgers’ possession game, but life at an Old Firm club in Glasgow is notoriously brutal, and after only 27 appearances the Celtic fans had already lost faith in their new recruit.

Outcast and forlorn, the young defender was isolated on the other side of the world at Melbourne City when Celtic secured a record-equalling ninth title in a row last spring.

Hendry quickly took his opportunity to become a leader in a revamped squad. He scored a headed injury-time winner in his debut against KV Mechelen and never looked back.

Just as Hendry’s career was rejuvenated, so were the fortunes of Oostende. The coastal club from West Flanders narrowly avoided relegation last year. This season they finished the regular season in fifth, only missing out on the top four play-offs on the final day.

Central to their success is one of the best defensive records in the league. Hendry plays at the centre of a back three and his vocal presence is a feature of the otherwise empty stadia around the country. On his left, the young Belgian Arthur Theate has had a similarly impressive breakthrough season.

You’re unlikely to see a bigger scoreline than that in these playoffs. A huge win for Jack Hendry and co over their nearest rivals moves Oostende five points clear and keeps them in pole position to secure a Europa Conference League spot. 🏴󠁧󠁢󠁳󠁣󠁴󠁿🇧🇪 pic.twitter.com/TGmT7aTN2s

As Hendry has flourished, his parent club has descended into turmoil. Celtic’s bid for a tenth title in a row was thwarted by a resurgent Rangers, who dominated a Scottish league in which second means nothing.

Defensive vulnerability is at the heart of Celtic’s problems, particularly at set pieces. The fact Hendry has been a dominant aerial presence during his time in Belgium makes their decision not to persevere with him even more notable.

Scotland manager Steve Clarke called up Hendry in March to bolster a squad lacking quality options in defence. Clarke had been using left-back Kieren Tierney and midfielder Scott McTominay as makeshift centre-backs in recent games. Hendry’s presence in the squad allowed the latter to move back into midfield and now looks a very strong contender to appear at the Euros this summer.

Looking to the future, Hendry’s home for next season is far from certain. Oostende have a €2m optionto buy they wish to activate, however interest from the Premier League is rumoured from the likes of Aston Villa, Brighton, Burnley, West Ham and Wolves.

A fee as high as €10 million may convince Oostende to turn a quick profit and see Hendry move to England next season.

After a year that has taken Hendry from the bottom of the world to the cusp of an international tournament and a move to the world’s richest league, we might expect another eventful year ahead.