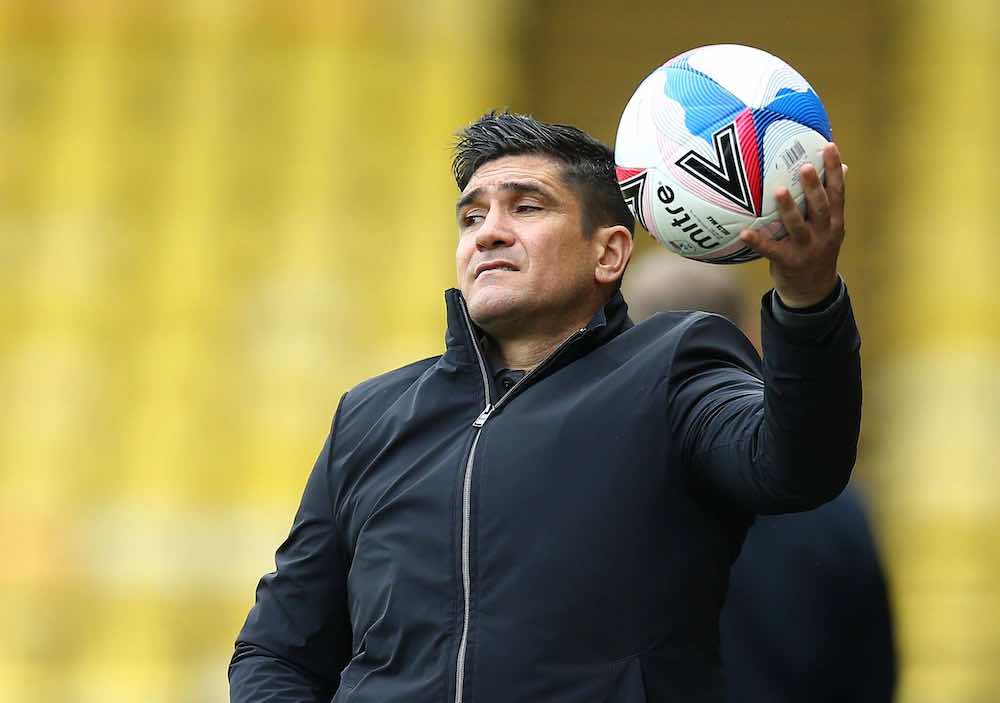 Practically nobody in England had heard of Francisco Javier Muñoz Llompart, commonly known as Xisco, when he was appointed as Watford manager in December 2020. Now he is the new darling of a club about to embark upon another Premier League adventure, having secured automatic promotion from the Championship.

The next challenge facing the 40-year-old Spaniard is far from easy, as Watford aim to restore their status amongst the English soccer elite. Such a task will be fraught with difficulty, given that newly promoted sides are always amongst the favorites to descend. Just ask West Bromwich Albion or Fulham, who failed to escape their Premier League relegation odds, with which they were favourites to go down, during the 2020-21 campaign.

Watford will undoubtedly be one of the teams tipped for relegation when they commence the 2021-22 Premier League season, yet they appear to have complete faith in a relatively inexperienced manager. However, what he lacks in experience is certainly compensated by raw enthusiasm, having restored confidence and belief to a team that was performing well below expectations.

After he replaced Serbian coach Vladimir Ivic at the helm, the Hornets rediscovered their form with a far more positive outlook under Xisco, who implemented an attacking style that was a better fit for the players at his disposal. Having managed to win just 9 out of 20 Championship games under Ivic, which ultimately led to his dismissal, Watford went on to win 17 from 24 following the arrival of Xisco.

Speaking with the BBC after his team won promotion, Watford midfielder Will Hughes underlined that “a big factor” was the change in formation.

“It suits the individuals we’ve got and it just clicked,” he explained, highlighting that Xisco utilized a 4-3-3 shape that encouraged players to get forward, improving the overall flow of the team and creating more scoring chances.

Beyond the notable attacking improvements, as Watford imposed their quality on rival teams, they also made significant improvements defensively. The Hornets conceded just 13 goals in 24 games after Xisco arrived, along with netting 38 of their own. Having made such an impressive difference with his team in the Championship, it will be interesting to see how Xisco fares coaching against much stronger Premier League opposition.

No words for this group of fighters that have no limits!

Prior to arriving in England, accepting the inevitable pressure at Vicarage Road, then coaching Watford towards realizing their full potential, Xisco had limited managerial experience. Following his retirement as a player, Xisco was briefly assistant manager at third-tier Gimnastic de Tarragona, then acted as temporary manager of Pobla Mafumet in the Spanish fifth tier.

Xisco then joined the coaching staff at Georgian side Dinamo Tbilisi in 2019, then returned to take the head coach job in August 2020, leading them to the league title in December 2020, just before taking the Watford post. Nevertheless, full of enthusiasm, Xisco told the Watford Observer he is ready for the next challenge, albeit accepting that he still has plenty to learn.

Far more experienced Spanish coaches have led Watford in the Premier League. They include Oscar Garcia and Quique Sanchez Florez, then Javi Gracia, who led the club to their highest Premier League position in decades, plus an FA Cup final appearance. They all ended up being fired, but Xisco will undoubtedly be hoping his tenure lasts longer, as his on-the-job learning continues in the toughest league in the world.