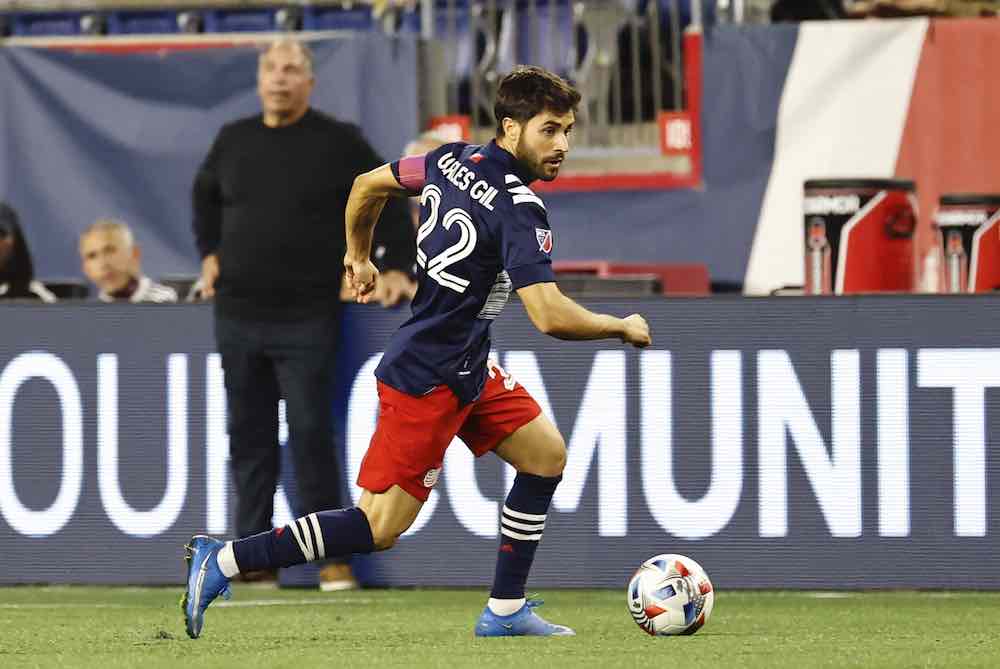 It’s been an entertaining start to Major League Soccer in 2021 as fans have been able to return to stadiums ahead of a full season of action.

When using FBref to dig a little deeper into the stats so far this season, one player dominates in almost all attacking areas. The data also suggests a couple of players could be on the verge of making a name for themselves in the league.

WFi has picked out a handful of stats and looked at the players thriving in each area who have, along with those supporters lucky enough to return to the stands, helped make this season an absorbing one so far.

Though Sporting Kansas City and Seattle Sounders are the highest goal scorers in the league so far with 15 and 14 respectively, New England Revolution top both the expected goals (xG) and the expected assists (xA) columns.

xG is a mark out of 1 assigned to the quality of a chance created. For a guide, a penalty is considered 0.76 xG.

New England’s high score in this area is partly due to striker Adam Buksa, who is fourth in the league for xG with a total of 4.7.

With xG being a measure of the quality of the chance it’s also useful to look at the xA scores. This is where we first meet the standout player in MLS so far this season.

Carles Gil has begun the season in an almost freakish fashion. His xA is clear of the next highest-ranked player for this metric, who just happens to be his teammate Gustavo Bou. Bou’s xA of 2.8 is impressive in itself, but Gil’s xA of 4.7 is extraordinary.

To put this into perspective, 2020’s MLS creator in chief and MVP, Alejandro Pozuelo, finished the season with an xA total of 8.1 in just over 2,000 minutes of football. Gil is already 58% of the way to matching Pozuelo in just 720 minutes.

As with all of these early-season stats, there will be some regression to the mean as the season progresses, but given the way he’s started the season it would be a surprise if Gil didn’t outdo his fellow Spaniard in the creative stakes when the two seasons are compared. 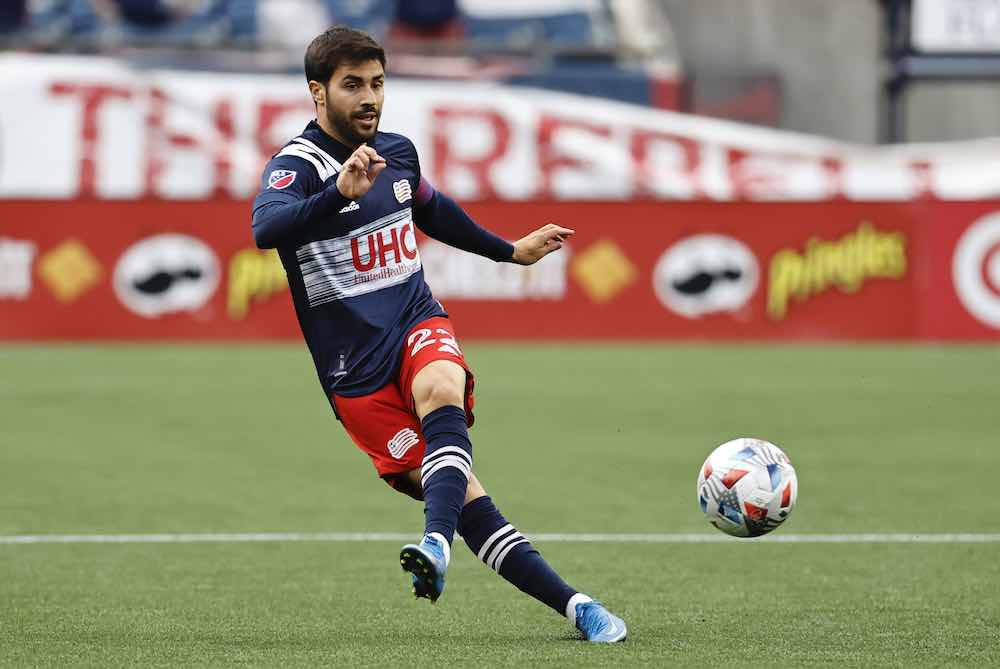 There are few things more exciting to watch in football than a player who is willing to take on defenders and is regularly successful in doing so.

Dribbling, or more maybe accurately ‘take-ons’ are measured in both quantity and success. The percentage of successful take-ons can go some way to defining whether a player is considered wasteful or wonderful.

An effective dribbler is a valuable asset to any team. Last season Colorado Rapids winger Younes Namli was the most successful and therefore effective of the league’s regular dribblers.

Namli hasn’t quite reached those heights yet this season, partly due to missing games through injury, but there have still been plenty of players looking to get past their opponent.

For context, last season’s dribblers-extraordinaire across Europe’s top five leagues, Adama Traore and Neymar, averaged 5.44 and 6.18 successful dribbles per 90 and success rates of 74% and 58% respectively. Namli came in at 3.71 successful dribbles and 71% success in 2020.

The only MLS player who gets close to Messi and Traore so far this season is Toronto FC’s new signing, Yeferson Soteldo who has 6.79 successful dribbles per 90 and an impressive 76% success rate. 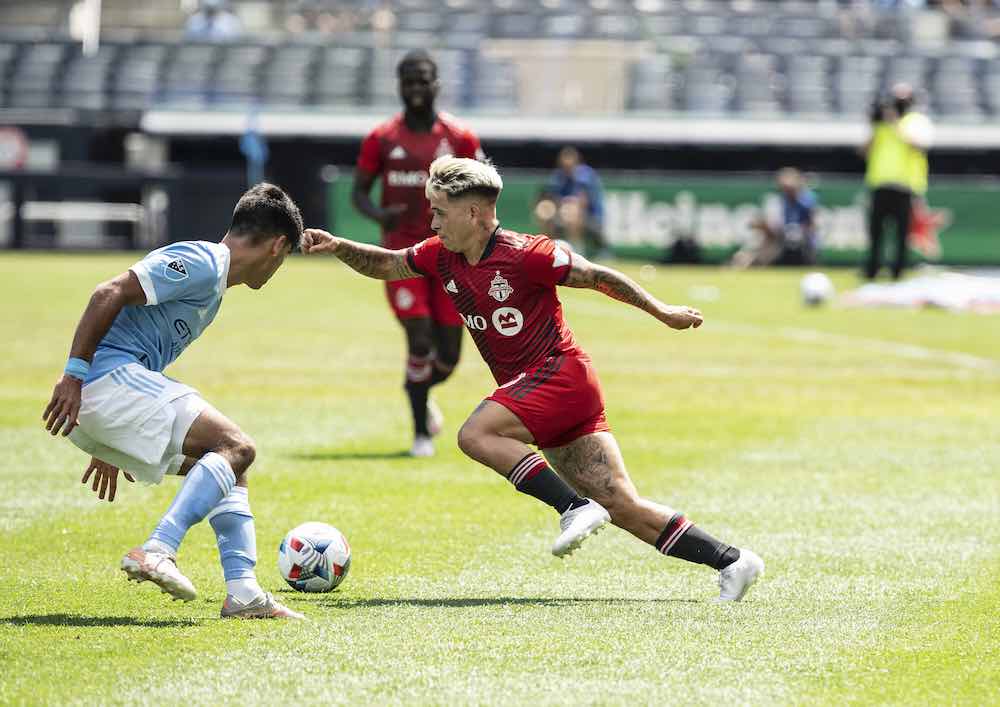 The Venezuelan is still settling into his new team and this stat is based on a small sample size (256 minutes) but is a sign of exciting things to come.

Houston Dynamo’s Fafà Picault has attempted more take-ons than any other player (35) with a reasonable success rate of 57%, but the standout player again is Gil who has completed 22 of his 34 attempted dribbles (65%).

Given shot creation is closely aligned to xA it’s no surprise to see Gil’s name topping the creativity charts, averaging 9.12 shot-creating actions per 90.

Shot creating actions on FBref take into account things like dribbling and fouls won as well as passing so Gil’s dominance in these areas put him out in front by some distance.

The next in line is Minnesota United’s Emanuel Reynoso who has 7.55 shot-creating actions per 90, which would in itself be unusually good were it not being compared to Gil’s ridiculous start to the season.

Publicly available goalkeeping stats have been hit and miss over the years but FBref’s advanced goalkeeping metrics give us a small insight into the type of data clubs are now using.

Post-shot xG, which, as the name suggests, takes xG a step further and looks beyond the shot, can help determine how likely a goalkeeper is to make a save.

Over time, post-shot xG faced minus goals allowed can go a long way to telling us which goalkeepers are saving shots that might be considered difficult to save or, as FBref suggests, which keepers are getting more luck. 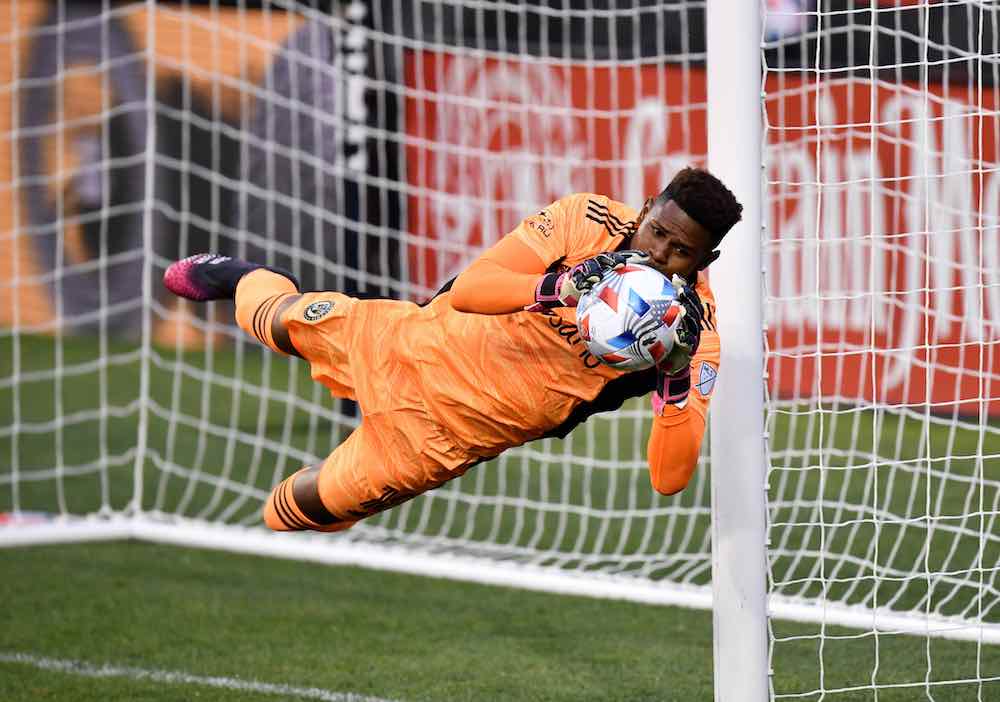 So far in 2021 Portland Timbers’ Logan Ketterer ranks highest for this metric when looking at the per 90 stats, while Blake and Jonathan Bond of LA Galaxy top the charts when it comes to totals.

FBref measures pressing via its stats for total pressures, pressures separated into each third of the pitch, and successful pressures (ie the pressing team won the ball).

The most active individual presser is Inter Miami’s Brazilian midfielder Gregore. The new signing, who has shone in an inconsistent side, has made 264 pressures in total having played every minute for Phil Neville’s team so far this season.

Really nice ball from Gregore for Brek Shea’s goal. Has a bit of everything in midfield does the Brazilian. Could be one of the best in the league if #InterMiamiCF can get their act together 🇺🇸🇧🇷⚽️ pic.twitter.com/4EyFStw0Of

Philadelphia Union’s Leon Flach has the most successful pressures this season with 85, while the most active presser in the final third has been Maximiliano Urruti of Houston Dynamo.

Winning headers is useful in both boxes and no player has one more this season than the aforementioned New England striker Buksa.

Back in the defensive areas, Aaron Long was almost unbeatable in the air for New York Red Bulls before he picked up his injury, winning 29 of the 36 aerial battles in which he was involved. The stats of Nashville’s Walker Zimmerman are identical to Long’s giving him an 81% aerial success.

Seattle’s Yeimar Gómez Andrade has only lost two of the 29 aerial duels he’s contested which gives him a 93% win rate.

There will be plenty more data points to look out for as players play more minutes, the table begins to take shape, and coaches are able to further implement their ideas.

For now, these stats which measure attacking intent, shot-stopping and certain combative elements of the game should give an idea of what to expect from individual players and their team when the league resumes this month.