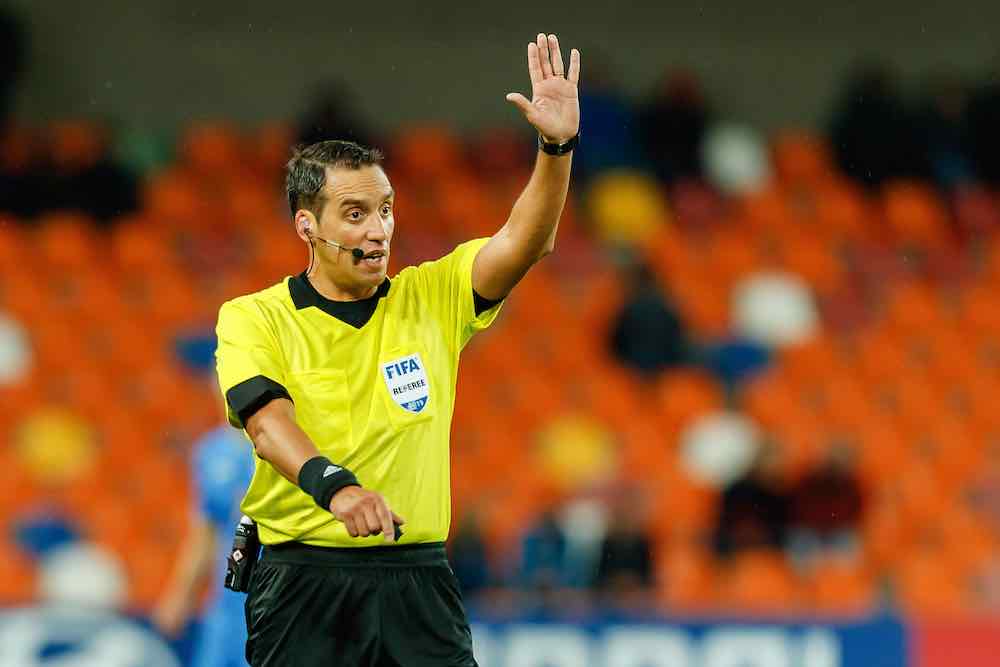 The 2020 European Championships will be a tournament of firsts.

The month-long festival of football will be hosted across 11 countries rather than one or two, VAR will be in action, a female official will take charge of a men’s game, Finland and North Macedonia will make their debuts and Argentine referee Fernando Rapallini and his team of officials (Juan Pablo Belatti and Diego Bonfá) will become the first South Americans to officiate in a European international tournament.

On April 21, 2021, as part of a referee exchange program between footballing governing bodies UEFA and Conmebol, it was announced that Rapallini would become part of the refereeing panel in a move which will also see Spanish officials Jesús Gil Manzano, Diego Barbero Sevilla and Ángel Nevado Rodríguez officiate in the 2021 Copa America.

“The exchange of referees with Conmebol for our two flagship tournaments will enrich both competitions and will enhance the experience of top referees,” said UEFA President Aleksander Čeferin.

“Europe and South America have so much football quality and tradition, including in refereeing. This exchange is a defining part of our cooperation programme, which will help us improve our competitions.”

Conmebol president Alejandro Domínguez added: “Among our permanent objectives at Conmebol is making our referees more professional and perfectly trained for the use of technological tools.

“We are convinced that cooperation with UEFA in this field will greatly benefit both confederations. This is just the beginning. We will continue working to broaden and strengthen collaboration agreements with our friends at UEFA.”

After five years in the second division, he took the leap to top-flight football – since then, his career has gone in an upward spiral.

In 2014, after three years of officiating in the Argentine Primera División, Rapallini was announced as a FIFA listed referee, allowing him to take charge in International football, his first experience of this came the following year at the 2015 South American U17 Championship in Paraguay.

For a European football fan, the numbers of yellow cards may seem an extremely large number, however, in South American football referees are not shy of dishing out yellows and do so to stop players persistently questioning a call or breaking up flair ups.

In almost every game, an official can be seen showing cards to players and coaches on the bench, something which is quite rare in the European game.

For a man who’s officiated several matches across the world including Argentina’s Superclásico — arguably one the most difficult games to take charge of in world football, Rapallini certainly has the experience and ability to adapt to the European game.

With the strict methods he has in dealing with players and not being afraid to use his cards, he without a doubt is an interesting addition to the tournament and one which can help benefit both UEFA and Conmebol officials in future competitions.