No Context Venezuela: The Narratives Lost To Unavoidable Headlines 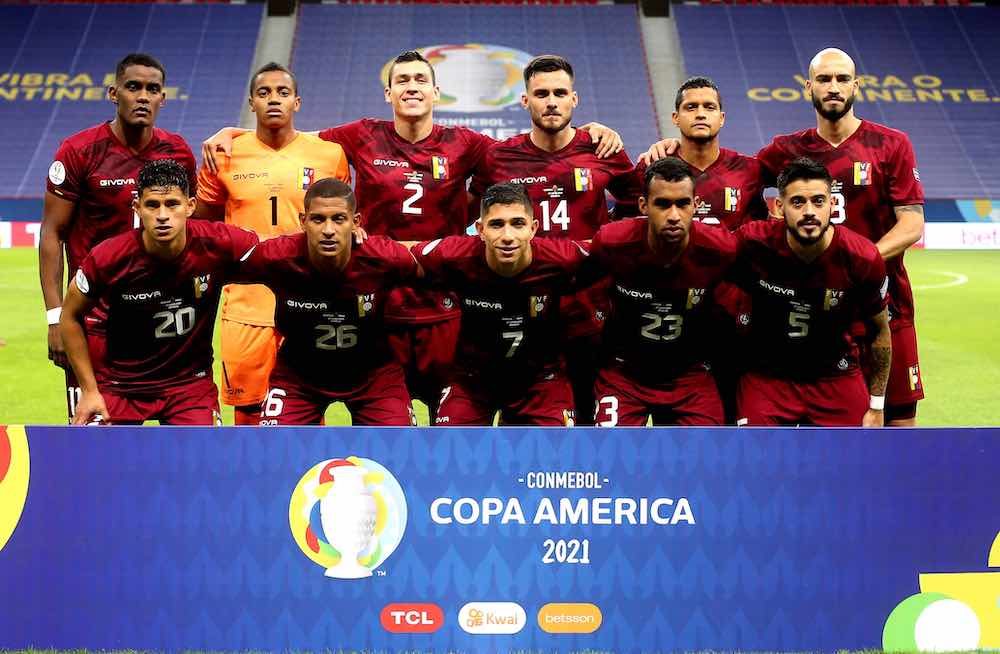 Venezuela’s Copa America campaign was over before it began. At least that is the narrative that will likely persist when context is lost to time.

Despite the format gifting progression to four out of five teams in either group, a place in the quarter-finals became a difficult task for head coach José Peseiro to achieve when a wave of injuries hit the squad in the build-up to the tournament. It then turned to an impossible job when eight players tested positive for coronavirus on arrival in Brazil.

Have your commentator’s notes gone out the window with news of multiple positive COVID cases in the Venezuela team and the emergency call-up of 15 additional players?

🧶Thread: Here’s the backstory to their much changed and last minute Copa America squad: pic.twitter.com/GnmD9ap8ly

Yet despite 13 absences, the majority of whom would have started, Venezuela went into the last group game with destiny in their own hands. After shaking off a 3-0 loss to Brazil in the Copa America opener, draws against Colombia (0-0) and Ecuador (2-2) meant victory against Peru would see them make the final eight. In fact, as long as Brazil did not lose to Ecuador, victory would have meant finishing second.

Instead, Ecuador were the first team to avoid defeat to Brazil – drawing 1-1 – and Venezuela lost to Peru with the game’s only goal. Acrimoniously, the country that had battled so hard to keep a clean sheet against Colombia and had scored an injury-time equaliser against Ecuador finished bottom of their group. It was the first time they had failed to win a game at the tournament since Peru hosted it in 2004.

Peseiro made six changes to the side that started against Ecuador, meaning there were just three mainstays left from the game against Brazil: Luis Mago, Cristian Cásseres, and Junior Moreno. It seemed particularly harsh on Adrián and José Martinez – not brothers but cut from the same fighting cloth that had defined Venezuela’s campaign up to that point.

What Carlos Quieroz’s former Real Madrid assistant hadn’t altered was his choice to play a five-man backline; he did, however, change four of its faces.

And perhaps that, more than the conservatism, is what cost Venezuela at the final hurdle.

“Mano, tengo fe” (brother, I have faith) was the impassioned cry from the albeit virtual crowd at this spectatorless Copa America, but the performances weren’t solely at the discretion of the gods.

Peseiro had promised “300%” in his first press conference of the tournament and the players who ran themselves selflessly into the ground in the first three games had given exactly that.

Five players made their full debuts for Venezuela this tournament, one of whom arrived in Brazil less than 24 hours before the first game, yet it was that rawness, that nothing-to-lose attitude that served the team so well.

This was a 28-man squad, already absent of the likes of Salomón Rondón and Tomás Rincón, that had to be bolstered with 15 emergency reinforcements at the last minute. Such misfortune had created martyrs out of those who stepped to the fore.

The nation had rallied around this team, hastily assembled from the domestic league, bit-part players in Europe, and MLS workhorses. In those men, they saw themselves: fighting against the odds, in a dire situation but with an impassioned determination.

In an attempt to accommodate the returning stars, Peseiro betrayed the philosophy he had inadvertently roused and which resonated profoundly with an entire population.

The embattled spirit from the first three games was not there in the last; the embodiment of meaningful struggle was lost to an inauthentic desire for more. Yet it was not the players in the wrong and the extraordinary circumstances make laying the blame at Peseiro’s door seem trite.

The balance between bravery and bravo was not found, however. The move away from dogged and determined to adventurous and attacking was not taken with the required conviction and Venezuela ended up being neither.

Instead, they spent their final 90 minutes ultimately lost in a footballing no-man’s-land without an identity and where one poorly defended set piece was enough to define a campaign that had numerous narratives to give and will now likely not be told.

Jordan Florit is the author of Red Wine & Arepas: How Football is Becoming Venezuela’s Religion
and founder of @FUTVEEnglish

Loading...
Newer Post
Do the Major Sponsorship Deals in the Championship Show that the Division is Catching up to the Premier League?
Older Post
Are Seattle Sounders On Course For Their Third MLS Cup?