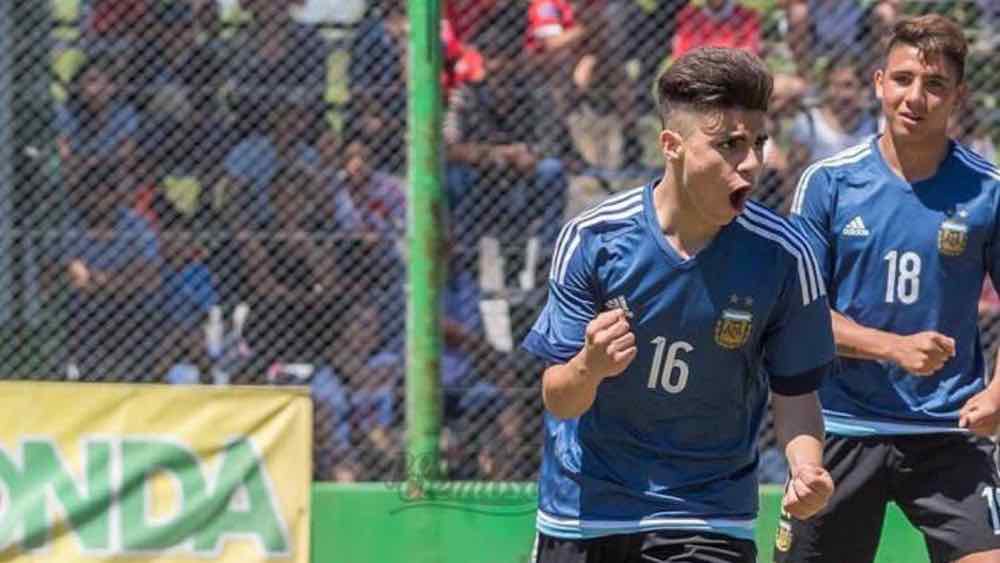 The economic impact of the Covid pandemic will be felt across the footballing world for some time and clubs are going to have to dig deeper to unearth gems if they want to avoid paying a premium.

The Argentinian Primera has long been a great place to pick up the stars of tomorrow but the talent pool doesn’t end there. The second tier – the Primera B Nacional – has been somewhat of an untapped market but may be somewhere clubs’ scouts increasingly look towards.

The most obvious route is initially jumping up the domestic ladder to a bigger Argentinian club, as demonstrated recently by the successful moves of Enzo Copetti and Angelo Martino from Atletico Rafaela to Racing and Talleres respectively.

However, some players have made the move abroad straight from the second tier. Paulo Dybala and Lucas Ocampos both went to Europe after stellar showings in the B Nacional, while the likes of Carlos Valenzuela (Barracas Central to Famalicão), Bruno Amione (Belgrano to Hellas Verona) and Mateo Bajamich (Instituto to Houston Dynamo) are perhaps more relevant recent examples of the type of transfers available for eagle-eyed clubs.

Every now and again you see a footballer who stands out from the moment you lay your eyes on them.  Bruno Zapelli is that type of player.

An elegant midfielder who can glide past opponents or pick out a teammate with a perfectly weighted pass, the 19-year-old always looks so composed and unfazed when he’s on the ball.

Zapelli oozes class with his creativity, velvet first touch and fantastic vision, so it’s been no surprise that he’s been compared to former Pirata youth product Franco ‘Mudo’ Vazquez.

Originally hailing from Carlos Paz, Zapelli moved to Spain at the age of 11 and spent two years in Villarreal’s youth set up before a new FIFA legislation meant he had to return to Argentina.

Back in his native Cordoba, he resisted offers from some of the biggest clubs in the country to link up with Belgrano and is now one of the jewels in their crown.

Zapelli made his debut in December and this season, although often featuring off the bench, he has made 12 appearances to date, scoring once and laying on two assists.

Those stats are made more impressive when taking into account his minutes on the pitch, with his 0.38 assists per 90 among the highest in the league.

While Belgrano have struggled to return to the top flight following their relegation in 2019, Zapelli is nevertheless at the spearhead of an exciting new generation that includes Valentin Barbero, Juan Barinaga and U17 international Ignacio Tapia as they look to return to their rightful place in the Primera.

It’s always rare to find a goalkeeper entrusted with responsibility in such an important position at an early age, but Zenobio has justified his status as Tigre’s No. 1 with a string of fine performances in his debut season.

The 21-year-old stopper was only beaten four times in his first 10 league games for Tigre, which included a run of 633 minutes without conceding a goal – the second-longest in the club’s history.

What’s more, Zenobio pulled off a decisive save in the Copa Argentina penalty shoot-out against Alvarado and also denied a Luiz Adriano spot-kick in his maiden Libertadores appearance last year.

Despite playing in the second tier, Zenobio is currently one of the best young goalkeeping talents in Argentina alongside Lanus’ Lautaro Morales and Huracan’s Sebastian Meza. The likes of Federico Losas at Chacarita and Leandro Brey at Los Andes also show there is talent in the lower leagues.

Reportedly being monitored by a whole host of Europe’s biggest clubs, attacking midfielder Alex Luna is one of the most hyped starlets in the second tier.

A diminutive player with excellent dribbling and defence-splitting passes, Luna made his debut for La Crema at the age of 16 and even provided an assist.

Here’s Luna assist. Manchester Utd the club most heavily linked but they are by no means the only ones. Lots of clubs inside and outside of Argentina after himhttps://t.co/205OGZI8yp

Prolific at youth level and always looking to find pockets of space, he has represented Argentina at U15 level and has been called up to Pablo Aimar’s U17 side.

Although he is clearly still getting to grips with the physicality and intensity of senior football, it’s still early days in his budding career and hopes are high that he will make good on the promise he has shown so far.

Rafaela have been a good breeding ground of talent lately and a move within Argentina seems the most likely first step, with the likes of Racing and Velez heavily linked.

Arguably the best young centre back in the second tier, Álvarez made his debut as a 17-year-old back in 2018 but has cemented himself as a regular for Los Verdinegros over the last year and a half.

Boasting an impressive reading of the game, Álvarez is quick to sniff out danger and make timely interceptions and tackles look easy.

Mobile and happy to carry the ball forward, the young defender also has an excellent range of passing which makes him ideal for any side looking to play out from the back.

Álvarez is a very proactive defender and this season he has averaged 17.65 duels per 90, while his aerial ability is also noteworthy, especially given he is not the tallest.

Part of the U20 sparring squad for the Argentina national team ahead of the 2018 World Cup and now with more than 30 senior club appearances to his name, Álvarez looks ready to make the jump to a higher level.