Lionel Messi And Neymar On A Copa America Collision Course 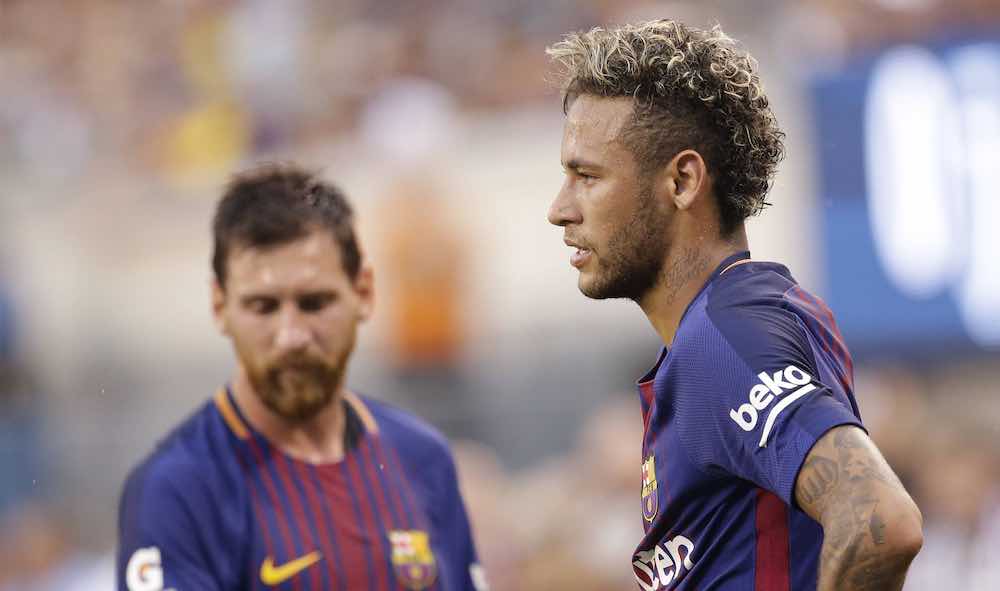 It’s not the Copa América as we know and love it. A competition made great by passion on the streets and in the stands is being played behind closed doors, devoid of the atmosphere that makes it unique. It’s still entertaining, however; devoid of pomp and ceremony, Argentina and Brazil are being led by their undisputed stars.

Lionel Messi is 34 now, a free agent following the expiration of his Barcelona contract. There’s still confidence at Camp Nou that the Argentine will renew his deal, but it’s far from a certainty. Joan Laporta, elected as Barcelona president at the beginning of the year in part because of the strength of his relationship with Messi, is doing his best to shift deadwood and create the financial wiggle room that will enable him to give his captain what he wants and ensure he stays. He’s not slowing down; despite being in his mid-30s, he’s still inspiring and astounding like nobody else.

Neymar is most definitely not a free agent. The Brazilian is tied down to a long-term contract at Paris Saint-Germain, putting an end to any rumours about his future. He endured a disappointing season at club level, losing the Ligue Un title to Lille and being dumped out of the Champions League by Manchester City. But, like Messi, he’s head and shoulders above the rest of his compatriots and opponents, and is closing in on Pelé’s goalscoring record for the seleção; if you think he can achieve this feat anytime soon, LeoVegas Bonus could help you in placing a bet. He’s 29, now, no longer a boy, and will be keen to claim silverware on home soil having been injured for Brazil’s last Copa América victory.

The pair were neck-neck heading into the two semi-finals. Messi topped both the goals scored and assists contributed tables, with four and four respectively. Neymar was joint-third on the former and joint second on the latter, with two and two respectively. Everything’s in place for a clash of the titans between the two in the final on the evening of July 10th; Brazil beat Peru 1-0 in the first semi-final on Monday evening, Neymar assisting Lucas Paquetá’s winner, with Argentina defeating Colombia on penalties on Tuesday night.

ARGENTINA VS. BRAZIL IN THE COPA AMERICA FINAL.

Argentina kicked off their Copa América campaign with a 1-1 draw with Chile, before back-to-back 1-0 wins over Uruguay and Paraguay. They then went and beat Bolivia 4-1, earning themselves a spot in Saturday evening’s quarter-final with Ecuador; Messi was in inspired form, firing his team to a 3-0 win that saw him assist the first two goals before scoring the third, a trademark free-kick from outside the area that saw him go for the goalkeeper’s side but put so much pace and precision into his effort he never left him with a chance. The video of him preparing his effort – carefully placing the ball in position – went viral in the aftermath. It showed that the effortlessness with which he plays isn’t by accident; it’s the fruit of an approach that combines art with science.

Brazil are a different animal. They’re very much geared to operate as a collective under Tite, and are reigning champions having won the Copa América back in 2019. They beat Peru in the final to lift the trophy, and faced the same opposition in their semi-final. To get there, they navigated the group phase with relative ease; the seleção beat Venezuela 3-0 in their opening game before running up a 4-0 scoreline against Peru, then beating Colombia 2-1. Their final group game saw them tie 1-1 with Ecuador, but they returned to winning ways against Chile in Friday’s quarter-final, winning 1-0.

Brazil will be favourites against Argentina in the final as the tournament has set up one of the most-anticipated of grudge matches. Their economic might is unquestionable, and Brazilian football as a whole is aeons beyond the rest of South America.

Their team is stronger collectively and their coach is secure; but whenever Messi is involved, logic and reason goes out the window. La Pulga is absolutely determined to lift silverware as Argentina captain before he retires, and this could be his moment.

He’s in a truly ominous mood, and won’t hesitate to run over his old friend Neymar to achieve his ambition. Either way, it’s sure to be a fascinating few days in the Copa América.

Loading...
Newer Post
Loaded With Sentiment & Ambition – England v Denmark Promises To Be Anything But Boring
Older Post
Could Saul Be Set To Swap Madrid For Merseyside?