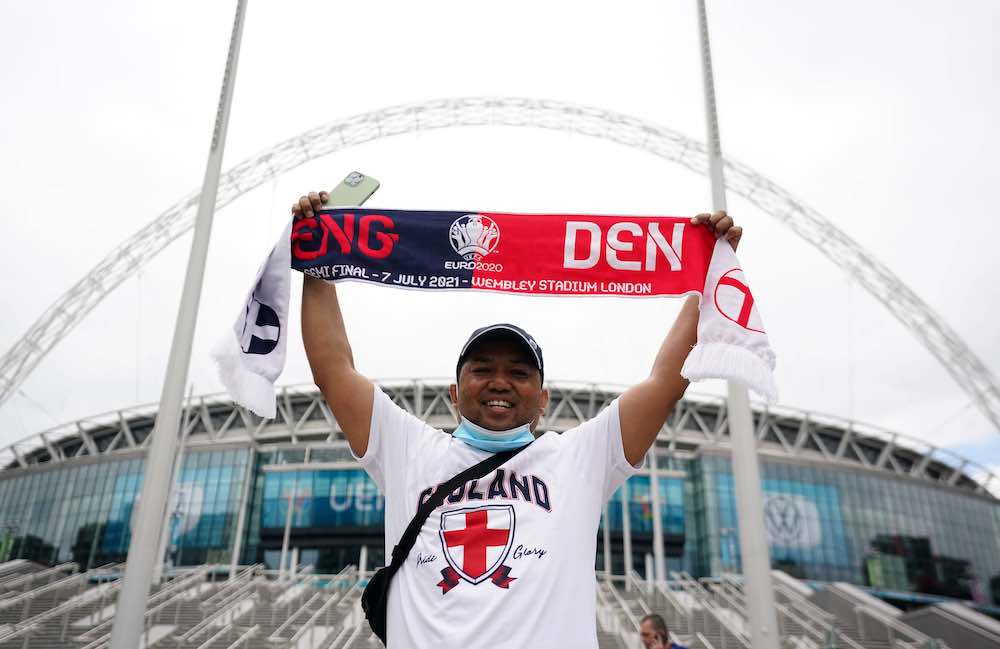 England face Denmark at Wembley Stadium tomorrow evening in a truly fascinating clash between two competent teams, with a place in the final of Euro 2020 at stake.

There’s a powerful narrative on both sides; England are fighting on home soil, keen to expel the ghosts of Euro 1996 and deliver with the pressure on. Denmark are already heroes; they’ve rallied from the heartbreaking collapse of Christian Eriksen in that opening game against Finland to put themselves within touching distance of matching the achievements of the iconic Danish team that won Euro 1992.

Denmark are doing more than merely riding a wave of emotion, though. They have strength to go with their story, not just in ability but also in attitude. This Danish team, aside from being fiercely likeable, aren’t shrinking violets. They’ll come at England with no fear; if you feel like backing them, or their opponents, check out tips EM for the best advice.

They have talent in their ranks, too; Kasper Schmeichel is a talented goalkeeper blessed with real leadership, and Simon Kjær has been immense at centre-back. Pierre-Emile Højbjerg, loaded with bite and tenacity, can mix it with most midfielders in Europe, while Barcelona forward Martin Braithwaite is competent and full of hard-running.

England, for once, have a very likeable face. Gareth Southgate is a true leader of men, restrained and elegant without a hint of arrogance. He’s cultivated a hard-working and talented squad of players; from the mercurial excellence of Jordan Pickford in goal to the old-fashioned conscientiousness of Harry Maguire at the heart of defence, from the fleet-footed ingenuity of Raheem Sterling out wide to the magisterial confidence exuded by Harry Kane in the final third. They have talent and cohesion in equal measure.

England’s path to Wednesday’s semi-final has been smooth if unspectacular. Southgate’s men opened their campaign with a 1-0 defeat of Croatia, following it up with a scoreless draw with Scotland and then another 1-0 win over the Czech Republic.

Things began to flow in the last 16, when they achieved the significant psychological boost of beating old rivals Germany 2-0 in London, and caught fire in the quarter-final when they swatted aside Ukraine 4-0 in Rome with consummate ease. They’ll be confident for Wednesday.

Denmark’s opener was obviously overshadowed by the Eriksen incident. They restarted the game later that evening, playing out a 1-0 defeat to Finland. They started the next game, against Belgium, full of emotion, only to be overturned in the second half and lose 2-1 to Roberto Martínez’s star-studded side.

Their future in the tournament was in the balance but they responded to the challenge; they beat Russia 4-1 before hammering Wales 4-0 in the last 16 and then outfighting the Czech Republic in a tight 2-1 battle in the quarter-finals. They have nothing to lose against England, but everything to gain.

Neither side is perfect, and both have flaws. But both will be entering the game with real belief and confidence that it will be them who’ll face either Italy or Spain in Sunday evening’s final, again at Wembley. It’s the kind of game that makes international football so special; two teams genuinely representing two nations, cognizant of both the wave of emotion pulsating through their homelands and their obligations to their sport and professional ambition. Whatever happens after the first whistle, it won’t be boring.