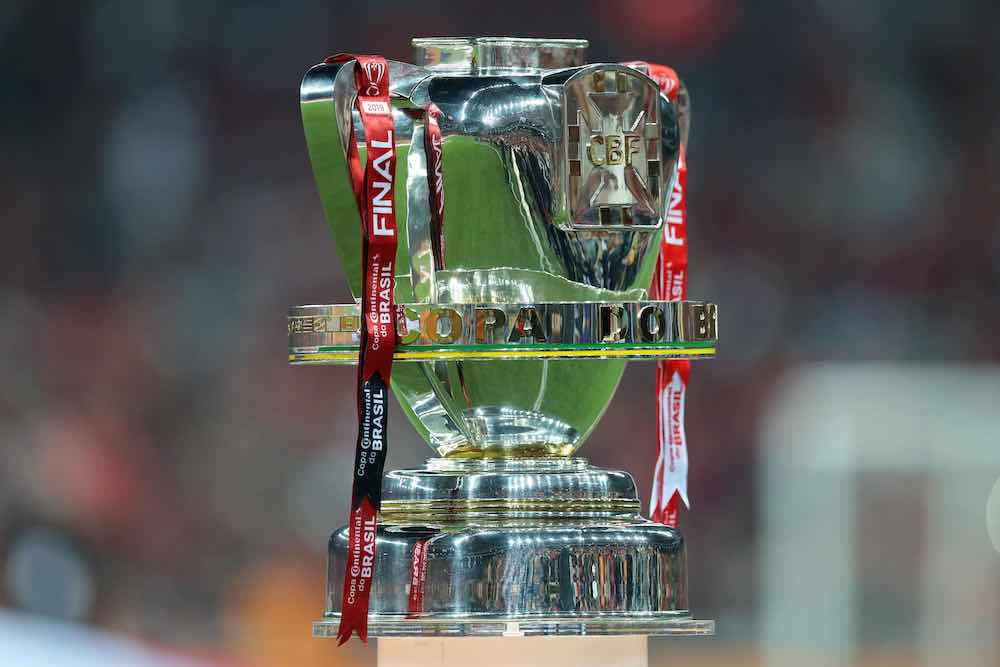 This week the Copa do Brasil will enter the quarter-final stages with four tasty matches on offer, as eight teams edge closer and closer to glory.

Santos have struggled this season to an extent. In the league they sit 11th and have exited both the Copa Libertadores and Copa Sudamericana, meaning the Copa do Brasil is the only chance they have of silverware this year.

Athletico have had a disappointing last few weeks in the league, losing their last four matches, however, in cup competitions, it’s been a different story.

In the quarter-final of the Copa Sudamericana, Furacão enjoyed an impressive 4-3 aggregate victory over LDU Quito to book their place in the semi-final.

They will be hoping that they can put their disappointing run in the league behind them once again as they attempt to reach another Semi-Final.

It’s been a difficult season so far for Grêmio who currently sit in the relegation places of the Brasileirão, however, they are slowly starting to recover after Tiago Nunes was replaced by Luiz Felipe Scolari.

New signings Miguel Borja and Mathías Villasanti have enjoyed a promising start to life at the club.

The 2020 Copa do Brasil runners-up have won three of their last four games, giving them confidence coming into a tough two-legged battle with the rampant Flamengo.

Flamengo had a mixed opening to their season which eventually cost Rogério Ceni his job, just fourth months after guiding Rubro Negro to the league title. In came Renato Gaúcho who has got Flamengo firing on all cylinders, winning 15 out of 17 games in all competitions, scoring 55 goals in the process.

Gaúcho was sacked by Grêmio in April after the club were knocked out of the Copa Libertadores in the qualifying stages, he will be eager to get one over his former employers.

New Loan signings Andreas Pereira and Kenedy join up with an already strong squad and will likely feature in at least one of the two matches. Pereira is expected to make his debut in the first leg.

In the last few years, Flamengo has enjoyed success in the league, Copa Libertadores and Carioca, one thing the current crop of players are missing is the Brazilian Cup, which will give them extra motivation coming into the game. The last time the Rubro Negro tasted success in the cup was back in 2013.

After winning only two of 15 league games, São Paulo have turned a corner in recent weeks, winning their last three matches, which will give them an added boost of confidence coming into an important cup game.

Before the victories, they sat in the relegation places and will feel much more comfortable in their current climate.

Hernán Crespo helped guide the club to their first Paulista state championship title since 2005 and will now be eager to bring the Brazilian Cup to the Morumbi, something that is yet to happen.

Last season, a defeat to Grêmio in the Semi-final of the cup saw São Paulo’s season go pear-shaped, as they blew a six-point lead in the league.

Having suffered a disappointing exit to the Copa Libertadores last week, the 2005 World Champions will be hungry to make sure they dont blow another opportunity here.

Their opponents, Fortaleza have been the surprise package of the season in Brazil and it all came about after hiring Argentine manager Juan Pablo Vojvoda.

Vojvoda took over a Fortaleza side struggling for form in the Campeonato Cearense and switched to a 3-4-1-2 formation, making them solid at the back and relentless in attack.

He made an instant impact lifting as the Northeastern club lifted the Cearense. During his five games in charge in the competition, Fortaleza scored 20 times, conceding only once.

This form would carry on into the league and Cup, after 17 games Fortaleza sit third, only five points away from the top spot.

In the cup, Vojvoda led them to a thumping 4-1 aggregate victory over rivals Ceará, followed by a 3-1 victory over CRB in the last sixteen stage.

Leão have a real shot at creating history this season and they will be hoping to carry on their underdog story. Fortaleza have the know-how of beating Tricolor having done so back in July during a league meeting. Could they upset the odds once again?

Fluminense have failed to live up to the heights of last season so far where they achieved a fifth-place finish, putting them in the Copa Libertadores.

In the league in 2021, Flu sit 16th and could be in for a relegation battle if they dont improve their form. They are winless in their last five matches in all competitions and will be hoping the cup can provide them with some redemption. Just last week they were dumped out of the Libertadores by Barcelona of Ecuador.

It’s a complete contrast for Atlético Mineiro who are still fighting on all fronts. They sit top of the league and are in the Copa Libertadores semi-finals.

Manager Cuca has done a tremendous job of managing the strong squad at Galo and has recently added Diego Costa to the mix, who will likely feature in the second leg.

Hulk has been a key figure for the Mineiro club this season scoring 18 times as well as providing 11 goals for his counterparts.

With the money spend in recent years, Galo are expected to bring silverware this season and something other than the Campeonato Mineiro. They haven’t won a national-based tournament since lifting the Copa do Brasil in 2014.