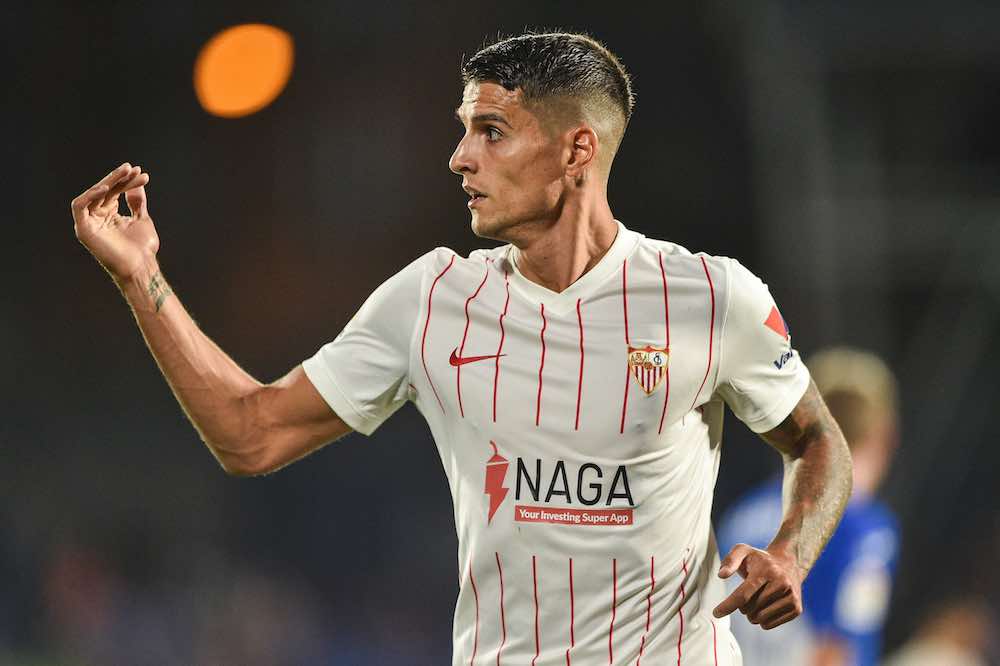 The Basque prowls the touchline exuding a barely disguised aggression, and he knows how to build a competent, competitive team. That’s what Sevilla are; they don’t play swashbuckling football, but they know how to win.

That was clear as day on Monday evening when they travelled to Madrid to take on Getafe at the Coliseum. Even though Jose Bordalas has left the club for Valencia, Getafe are still tricky customers, especially on their own turf.

It proved so until injury time; Sevilla failed to find an opening until the 93rd minute when Erik Lamela pounced upon a loose ball in the box to fire his new club into a late, and ultimately decisive, lead.

Lamela joined Sevilla just this past summer from Tottenham Hotspur, and he finished after Rafa Mir, another new signing, had just seen his effort bounce off the post.

It was fitting that the two collaborated in that manner to give Sevilla the three points; so much of what makes them who they are as a club is down to Monchi’s smart recruitment.

Lamela wheeled away in jubilant celebration before being wrestled to the ground by Joan Jordan, who had been warming up on the sideline. They were soon joined by the rest of their teammates; they know how big a result that was.

Barcelona and Real Madrid had both dropped points earlier in the weekend, while Atletico Madrid had taken all three. In what could be a tight title race, every point counts, especially given the existential crisis Barcelona, and to a lesser extent Madrid, are in the midst of.

For Sevilla are in this title race. They’ve been slighted somewhat over the summer, with many tipping Real Sociedad and Villarreal to apply pressure on them and push them for a top-four finish.

That’s forgetting that Sevilla finished 15 points clear of the former last term, and remained in the title race until the bitter end. Atletico have strengthened over the summer, but both Barcelona and Madrid have been seriously weakened.

If Monchi can ensure the Andalusians end the window stronger than they began it, they’ll be heading into September with the best chance they’ve had to win the title in years.

In Bono and Marko Dmitrovic they have two top-class goalkeepers. Jesus Navas and Marcos Acuna are experienced and able full-backs, key in providing width, while Jules Kounde and Diego Carlos make up one of the best centre-back partnerships in European football.

Fernando is pivotal as a sitting midfielder, prone to dropping between Kounde and Carlos when needed. Ivan Rakitic and Jordan offer guile and gumption in equal measure, and when fully fit operate in tandem with perfect balance.

The big question mark around Sevilla heading into the final stretch of the transfer window is around Kounde’s future. The 22-year-old Frenchman has been explicit in courting a move to a club operating in the elite of the elite, with personal terms reportedly agreed between himself and Chelsea.

chMonchi has been clear that if his valuation is met – between €60m and €70m – he’ll be allowed to leave, which could spark late action on Sevilla’s behalf in terms of re-investing such a sizeable fee. Knowing how they operate, you’d expect the club to move swiftly and smartly in doing so.

No matter what happens between now and the end of the transfer window, you’d have to be a fool to bet against Sevilla pushing on this season. The smart money, in fact, would be to back them at sites such as at Platin Casino, where you can also play live games, as an outside shot at winning La Liga this term. Atletico will still be favourites, and have begun the season playing with clear-eyed determination. But Sevilla aren’t to be taken lightly.