Academia Rey And The Promise Of Football In Lara 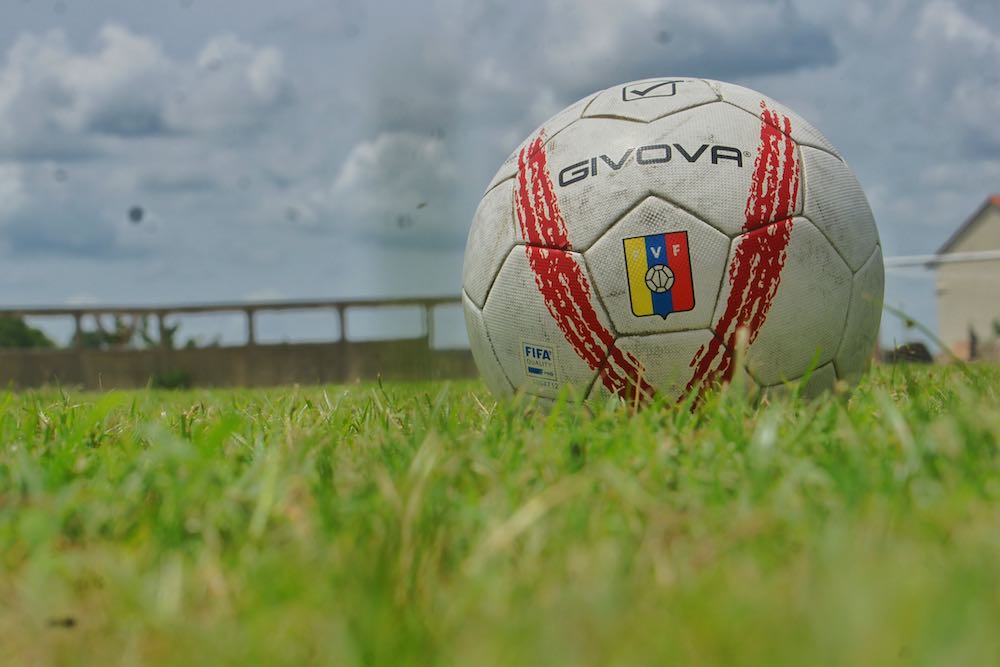 Of the 25 states, federal districts, federal dependencies of Venezuela, the flag of Lara may well be the country’s most straightforward.

There are no cryptic symbols, no complicated combinations of colours, and no geometric puzzles. Instead, Lara’s flag is simply a rising sun, beams of light cutting across the horizon, on top of a field of grass.

One can begin to think that the football of Lara is rising too, rising in a way that has rarely been seen in the state.

That story emerges as the 2021 season of Liga FutVe 2, Venezuela’s second tier, begins with a surprise team as one of its best sides early on.

That club is Academia Rey who have just a few years of history and a modest social media following.

Academia Rey is one of just two clubs in the top two tiers of Venezuelan football to hail from Lara, the other being Deportivo Lara who have spent many years in the first division, exported many players, and even have a league title to their name.

Deportivo Lara holds a unique position in its state, one that could finally be challenged by Academia if they continue their great start to their season. Their regular season will consist of 18 matches before playing in a knockout bracket.

For most of Venezuela’s recent history, Deportivo have been Lara’s only club in the top tier. While many other core states of Venezuelan football regularly have either a share of clubs in the top tier or a regular circulation of clubs moving up and down the promotion ladder, Lara has often been a one-club affair.

Of the Venezuelan states that lack any first division representation, it is typically those that lack population in the first place such as Amazonas, Apure, Cojedes, Delta Amacuro, and Nueva Esparta, with the latter being an island state of only 1,150 square kilometres.

Estudiantes de Mérida have had to co-exist with the likes of ULA and El Vigía, while Zulia FC has shared the top tier with JBL del Zulia recently. The state also has two additional clubs in the second tier this season.

The capital district of Caracas breaks the mould most of course, with four clubs in the first tier this season, three last season, and an additional club — Deportivo La Guaira — playing in Caracas while being operated in a neighbouring state.

The side effects of the one club situation have been noted by those in the game, even amongst those that have played for Deportivo Lara itself.

In a 2020 interview for FutVe English and WFi, Caracas FC footballer and former Deportivo Lara youth captain Manuel ‘Chente’ Molina spoke on the challenges for footballers in Lara where there has only been one high-level club in their state.

“I think many players who are very good don’t have the opportunity to play at this level because there’s only one first division club in the state,” he said. “It is a little more complicated than, for example, in Caracas.”

Molina continued, acknowledging that the singular point of opportunity created a unique connection between Deportivo Lara and the people around it.

“I think that is something that characterizes Lara’s people, especially my generation because we are almost all involved in this one club.”

So the focus returns to Academia Rey, who seem all but certain for a spot in the playoff bracket which will follow the conclusion of the 2021 Liga FutVe 2 regular season.

A strong run in the playoffs could see the club earn automatic promotion or earn a chance at a promotion playoff with a first division club — a dangerous opportunity given Academia Rey’s performances this season.

Academia Rey were born in 2015, spending two years developing infrastructure before entering a more official level of play. They were originally an academy side for youth players, formed by several investors and former Venezuelan international Jose Manuel Rey, the namesake of the team.

As club president Ricardo González explained to WFi, the club only began to build out into senior and professional football once a certain threshold had been broken as an academy team.

“After we had 650 young players enrolled in the institution, we began to play federated tournaments,” he said.

In 2018, Academia Rey were the academy side with the most championships nationally from private youth tournaments.

This achievement, among others, motivated González to form a competitive senior side to enter the Venezuelan football league system.

“[We] formed a team of players from the region and youth from the lower ranks to play in the third division of the Venezuelan Football Federation,” said Gonzalez. “We were crowned champions in their first year, setting several national records.”

Winning the Tercera División (Venezuela’s third tier) in 2019 meant moving up the Segunda División, now known as Liga FutVe 2, a level which is of a far more professional standard and boasts historic, trophy-winning clubs.

Academia Rey’s plans in the second division were slowed by COVID-19 and resulting postponement of the season, but the club eventually got back on the pitch and continue to develop talent, even moving players on to first division clubs.

“This year we managed to place five players in the first division and two players in the U17 and U20 national teams,” González explained. “One of them was born in 2004 and has several invitations from teams abroad.”

The dedication to youth is still clear at Academia Rey, who have fielded nine different youth players in second division matches in 2021, including Javier Gonzalez, Luis Alvarez, and Aaron Rodriguez, who has been included in youth national team call ups. The three players were all born in 2004 or 2005.

González added that this focus on youth and the development of players is maintained as the core principle of the side, regardless of where they are playing.

“Our philosophy is very clear, we work to train highly competitive athletes using football as a tool, focused on youth football.

“In the direction of the professional team, the team has a particularity — many youths must always be present per game and the line-ups are very well studied in terms of protecting players and winning matches.”

On the note of Lara potentially having two professional clubs in Liga FutVe, González gave a professional but nonetheless positive response.

“For the state of Lara it is very important that there are two professional teams. Currently there is an excellent relationship with Deportivo Lara.

“Both teams produce players and are an example and motivation for the youth of the state.”

Needless to say, Academia Rey could prove a force to be reckoned with. Their potential success should be a reminder that, as the profile of Venezuelan football grows, teams outside of the usual top two or three should not be ignored.

With 25 points from their first 15 matches, the club also appear to be favourites for promotion.

If you look away, you may well miss the next big player that rises from Barquisimeto.

Loading...
Newer Post
Gary Mills On Forest Success With Clough & Playing His Best Football At Leicester
Older Post
Nagelsmann Has Moved On But Can Marsch Hang On?