Can Mauricio Pochettino Manage Messi And The Stars Of PSG? 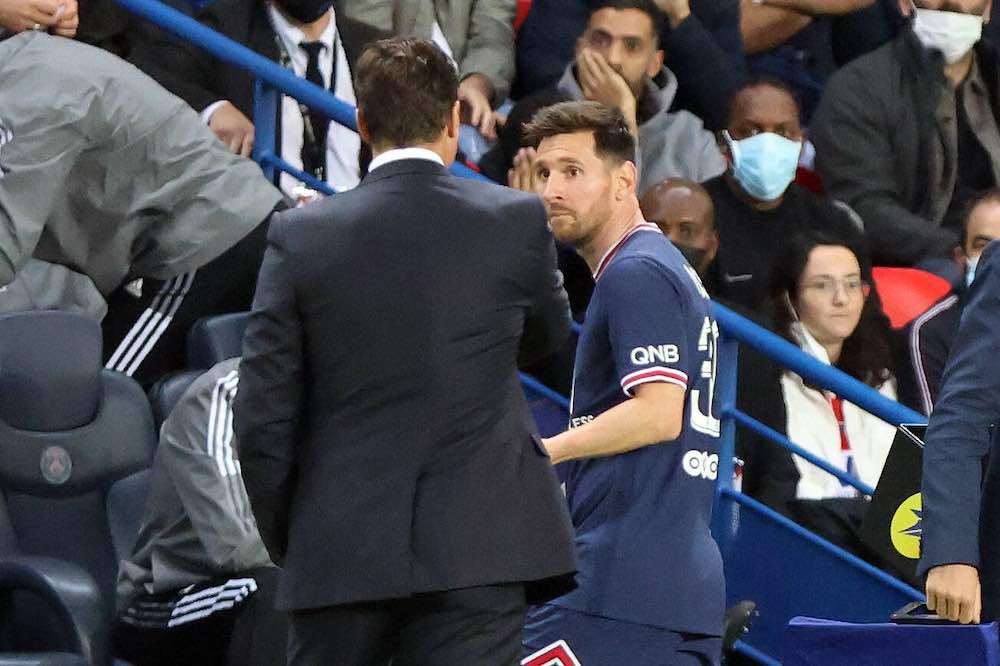 Paris Saint-Germain beat Lyon 2-1 at the Parc des Princes on Sunday evening. It was a momentous night for the French club, the first time they had the privilege of deploying Lionel Messi, Kylian Mbappe and Neymar in the same starting lineup.

The most talented — and expensive — triumvirate perhaps ever assembled was greeted with fervour by the enthusiastic home crowd, and hopes were high that they’d turn on the style.

The early signs were good. Messi picked out Neymar, formerly his teammate back at Barcelona, with a smart ball over the top before getting into a good position to receive the ball back from the Brazilian and then seeing his effort on goal deflected just wide. Soon after, he rattled the crossbar from 30 yards out with a well-taken free-kick.

It was a Brazilian that broke the deadlock, but it wasn’t Neymar. Instead, it was Lucas Paqueta who fired ahead with a clean finish after a smart break from the unfancied visitors from the northern reaches of France.

Neymar responded soon after by winning a penalty and then converting it himself, rolling the ball into the bottom right corner after the goalkeeper had guessed incorrectly.

Then things took an interesting turn. Mauricio Pochettino took the brave decision to hook Messi in favour for Achraf Hakimi, an athletic young wing-back with the weapons to offer a speed and dynamism Messi, at 34, can no longer muster.

The Argentine was far from pleased with his compatriot coach. He ignored Pochettino’s offered hand and shot him one of his famous looks of death. PSG got the job done despite his absence, however; Mbappe played a fine ball from deep left to find Mauro Icardi, who scored his header.

All the talk post-match, however, centred on the perceived spat between Messi and Pochettino. It’s been well-documented that the Argentine wants to play every minute of every match he’s chosen to participate in; he doesn’t like being substituted, especially when the game is in the balance and he’s yet to score his first goal for his new club.

Pochettino deciding to pull him off like that looks like an attempted power play, and a misjudged one based on what we know about Messi the man as well as the player.

Messi isn’t a normal player; there’s never been an individual figure like him in the history of the game, in fact. Between him, Neymar and Mbappe, the figures wielding power in that PSG dressing room is clearly not the coach with just a Coupe de France and a Trophee des Champions to his name. Pochettino’s best teams have been young and hungry, full of hard-running troops with an aggressive press.

How he manages to turn this PSG team — chock-full of ridiculous individual talent but undoubtedly unbalanced — into a side that can deliver that much-desired Champions League title is going to be interesting to discover. If you have an inkling about whether he’ll be the man to do that, see here for soccer betting sites that can offer you the best odds.