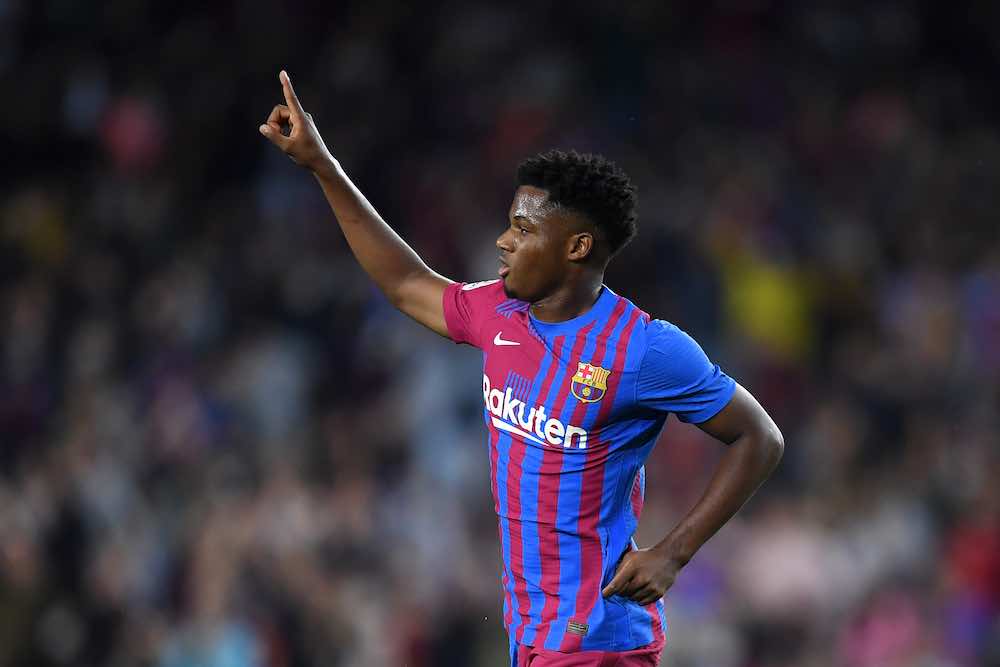 Barcelona welcomed Valencia to Camp Nou on Sunday evening for the first game of a crucial seven-day stretch.

The Catalan club face Dynamo Kyiv in the Champions League this midweek before doing battle with their great rivals Real Madrid in the first Clásico of the season in La Liga next Sunday afternoon.

Barcelona are underperforming both domestically and in Europe this season, and entered Sunday evening’s clash with Valencia ninth in the league table and bottom of their Champions League group.

Their final game before the international break was against last season’s champions Atlético Madrid, where they slumped to an insipid 2-0 defeat.

Barcelona coach Ronald Koeman’s dismissal seemed imminent in the immediate aftermath of that, only for his war of words with president Joan Laporta to cool down during the international break.

Given Barcelona’s precarious financial situation, they can’t afford to jettison the Dutchman and hire a replacement. Theirs is a marriage of convenience that will persist for the time being, although the outcome of this week’s action could prove decisive – you can keep up to date with every minute with situs livescore.

Things didn’t get off to the best of starts on Sunday night. Valencia skipper José Gayà, a man frequently linked with a move to Camp Nou, pounced on a loose ball at the edge of the box in the fifth minute and unleashed a clean strike that arrowed into the bottom left corner of the net, just about beating Barcelona goalkeeper Marc-Andre ter Stegen.

Already skeptical Barcelona supporters would have been forgiven for fearing the worst, but their new number ten stepped up seven minutes later to quell their nerves and steady the ship. That’s Ansu Fati, of course, the 18-year-old prodigy who’s just returned from almost a year out through injury and taken on the responsibility of Lionel Messi’s old number.

His goal was just as much, if not more, attractive than Gayà’s opener. He opened his body at the edge of the area before unleashing a pinpoint shot that nestled in the bottom right corner of the net; Valencia goalkeeper Jasper Cillessen couldn’t get near it.

Four minutes shy of the half-time whistle, Barcelona grabbed hold of the lead. Fati was again pivotal in winning a penalty which Memphis Depay emphatically converted. The Dutchman stepped up and coolly dispatched his effort into the top right corner of the net, laced with power and almost impossible to stop. Cillessen was rooted to the spot.

Despite holding the lead as the second half began, Barcelona didn’t exactly set the world alight. Koeman’s side did play with a little more bite and creativity at times, an attitude led by the fearless 17-year-old named Gavi operating in the centre of midfield – he’s not let his recent international recognition quench his fire and has picked up from where he left off.

But Valencia were desperately poor, and could have gotten back on level terms if they had been more clinical with the opportunities they were afforded.

The Brazilian was left in acres of space inside the Valencia box, and finished clinically after being assisted by wing-back-turned-winger Sergiño Dest.

Coutinho, who’s been through the ringer since trading Liverpool for Barcelona in January of 2019, celebrated wildly. This meant a lot to him.

Sergio Agüero was brought on – to an excellent reception – two minutes later to finally make his debut for the club after joining them on a free transfer from Manchester City in the summer and Barcelona closed out the victory comfortably. It was far from scintillating, but it was markedly better than some of the dire fare they’ve served up under Koeman in these past few months.

Should they get the result they need during the week when they welcome Dynamo to Catalonia, they might just go into the up-until-now ominous El Clasico with a little more confidence. Time will tell.

Loading...
Newer Post
Is Mohamed Salah Playing As Well As Anybody In Europe Right Now?
Older Post
Paul Tisdale On Exeter City Longevity And His Biggest Achievement At MK Dons