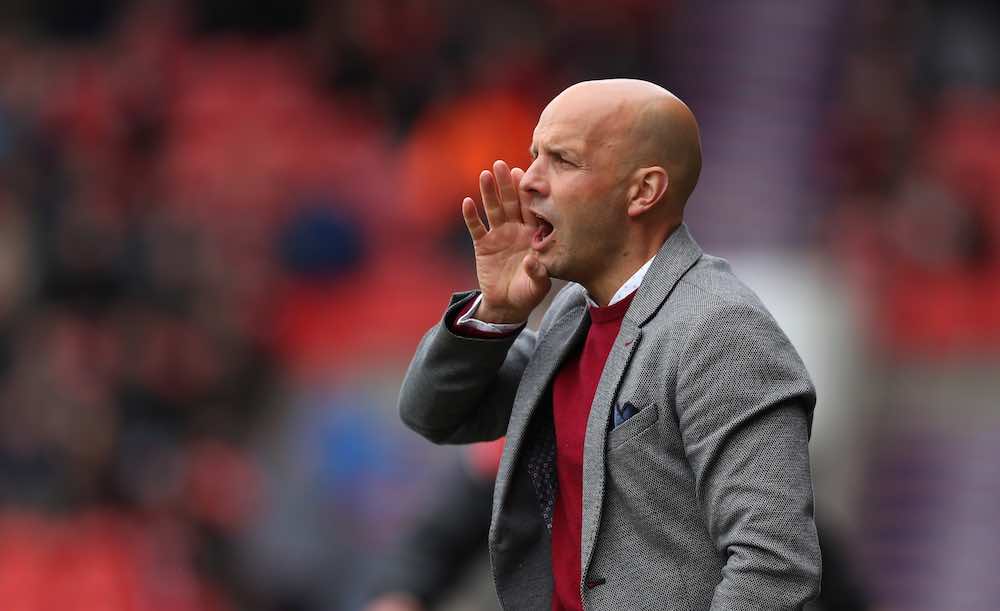 You played for clubs such as Southampton and Bristol City before having to retire early due to injury. How do you reflect back on your playing career?

“My playing career ended very early which was gave me a sense of dissatisfaction. Finishing at 26 was difficult as I was not able to achieve what I believe I was capable of.

“I had a real feeling that I still had a lot of football left in me when I retired.”

You coached at Bath from a young age. What were your formative years of coaching and management like from a learning perspective?

“I never wanted to be a coach or a manager during my playing days. Other than Alan Ball at Southampton, I never really had a particularly strong affinity for the game in a coaching sense.

“I fell into coaching because an opportunity arose at Bath University that intrigued me. It was a university programme and I had the opportunity to build it from scratch.

“Then, from there I found out that I was quite good at coaching once I got started. It was a multi-sport environment and a learning experience that was invaluable for me as I was given the opportunity to learn through trial and error.

“It takes a while to adapt to life as a coach and find out what type of coach that you are. I believe that you never fully understand the game of football until you start coaching. It is a very different experience to being a player.”

You joined Exeter City as manager in 2006 and managed the club until 2018. A remarkable length of time in the modern game. From 2006 to 2009, you took the club from the Conference to League One, winning back to back promotions for the first time in Exeter history. Could you Sum up your memories of that particular spell in charge of the club?

“I had no career plan. I’ve just taken every season as it comes. When I went in to Exeter, my overriding goal was not to fail because over 50% of first-time managers who leave their post never get another opportunity in management.

“My priority as a coach was not to lose two games in a row because two defeats can very easily become three or four which can lead to you losing your job.

“I went around 127 games before I lost two games in a row during that period.

“I always made sure that I made it clear to the players from day one that they were my players. I’ve never agreed with the notion that a manager can go into a football club and state that the players that he has inherited aren’t his. It is very easy to say to the press and the fans that you can only be judged when you have your ‘own’ squad.

“That for me is a kop out because I believe that the moment you sign a contract with a club that you accept the players that the club has as yours and do all that you can to work proactively with them.

“I told the Exeter squad in 2006 on day one that they were my players and that everyone would be given an opportunity to impress me and my staff.

“I signed a couple of players and within eighteen months, I had then put my own stamp on it and got the team playing as I ideally wanted them to. Up until that point, I was pragmatic and business-like.

“Then from around 2007 to 2011, I had the team playing in a pattern that I really wanted us to play. However, in 2011, that changed as we finished 7th in League One — which was and still remains Exeter’s highest ever league finish — and we started to lose players to other clubs.

“That changed the way that I could work as our players attracted the attention of big clubs who could afford to prize them from us.

“It was an amazing first five years with the promotions from the National League to League One then it became a rebuilding process when I needed to build a new team.” 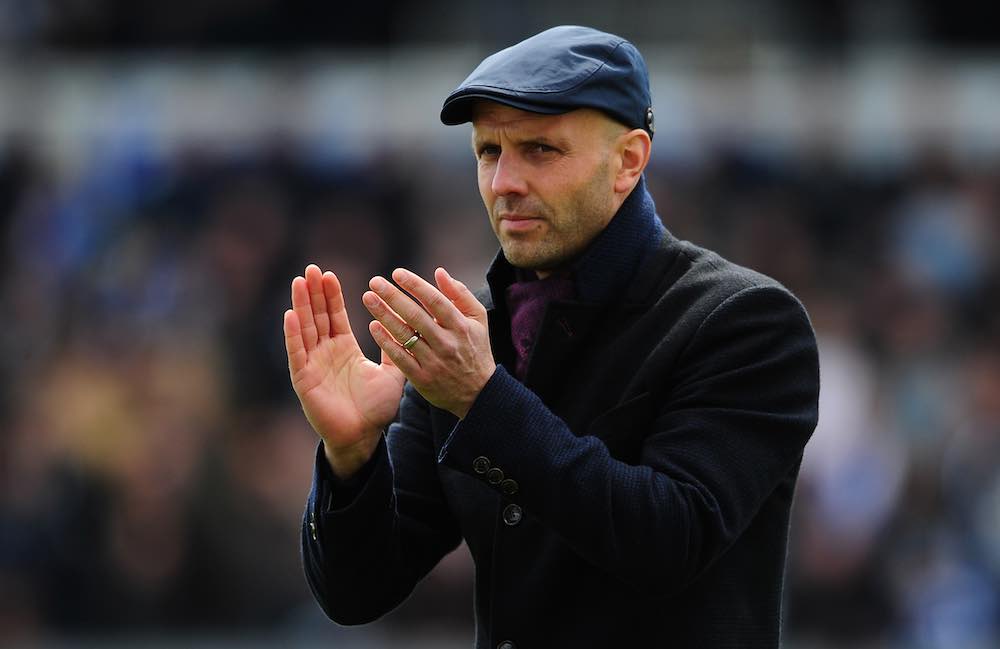 You talk about rebuilding a team and during your 12 years with Exeter, you built numerous sides during a period of real stability for the club. What is the key to successful recruitment in your opinion and how do you adapt as a manager to promotion when you then need to build a squad to compete at a higher level?

“That’s a very broad question. First of all, it is important to acknowledge that every moment is different. There is no magical formula that will always work for you.

“Good recruitment stems from knowing your environment, the personalities of your squad and ensuring that you optimise player potential to the maximum.

“For example, at Exeter, we had to compete against other clubs in our league with a smaller budget. Therefore, we had to get sufficiently good players at less of a price than our competitors in order to be competitive.

“That means that you need to make comprises and target players who have not yet reached their potential elsewhere or that you believe can play at a higher level than they currently are playing at.

“Recently, a few high profile pundits have stated that ‘a leopard doesn’t change its spots’ in relation to footballers and their inner make up. I disagree with that as I believe that if you put a player into a healthy environment then you can change the application and perspective of a player.

“At Exeter, we knew exactly what we were as a club which helped create a healthy working environment. We knew that it was a priority for us to develop our own players from the academy, sign talent on a comprise as I’ve discussed or older professionals at the latter end of their career to come in and set standards for the younger pros.”

Twelve years is a long time to spend at one club in the modern game. How did you continually motivate yourself and strive for improvement year upon year within the same environment?

“Sport can be very fluid with many athletes and staff members not setting down roots at one place for an extended period of time.

“In order to succeed over a long period of time, you have to be fully committed to the project and to be the best version of yourself in order to inspire those around you to continually improve too.

“That can be rare in football at times as people can look out for themselves and strive to make as much money as they can as quickly as possible.

“I was aligned to the way that Exeter as a club functioned and I enjoyed my job. Motivation was never once a factor for me during my time at the club.

“I loved working with my colleagues, developing players and striving to create something unique. I was completely sold on building something very different.

“I was offered many jobs during my time at Exeter and I turned them down because my burning ambition was to build Exeter as a club to one day play in the Championship.

“There aren’t many bigger challenges than that and my form of ambition may be different to others who would have looked for a next move but that was not what I wanted.

“Being as creative as a coach always kept me on my toes as we went through different cycles over the twelve years with players moving on which always brings a new set of challenges.

“Every season was different and I had to change the style that we played to suit the players that I had at my disposal. I enjoyed analysing data analytics to pinpoint improvement for my players and my staff.

“For example, in my last two seasons with the club, I sold my front three who were integral to our 4-3-3 system and replaced them with one target man which led to me changing a new team and a new way of playing.

“Both seasons saw us reach eighty points and get to the playoffs but involved a different set of tactical principles.

“Changes like that always kept me incredibly motivated and interested as a coach as I loved the challenges of the job.”

You left Exeter for MK Dons in 2018. How tough was it to leave a club that you had been in charge of for such a long time?

“It was difficult to leave the club after such a long time. It wasn’t planned over a long period of time.

“I could easily have stayed at the club but a set of circumstances arose that led to me leaving and it was very rough.

“I haven’t been back to Exeter and I haven’t watched a game of theirs since because it’s impossible for me to. I gave my life to the club and it is a very difficult emotion to deal with when you move on having given so much to a role that you loved.”

You won promotion with MK Dons from League Two during your first season with the club. How do you reflect upon that success and your time at the club as a whole? Did it differ to Exeter in a major way? 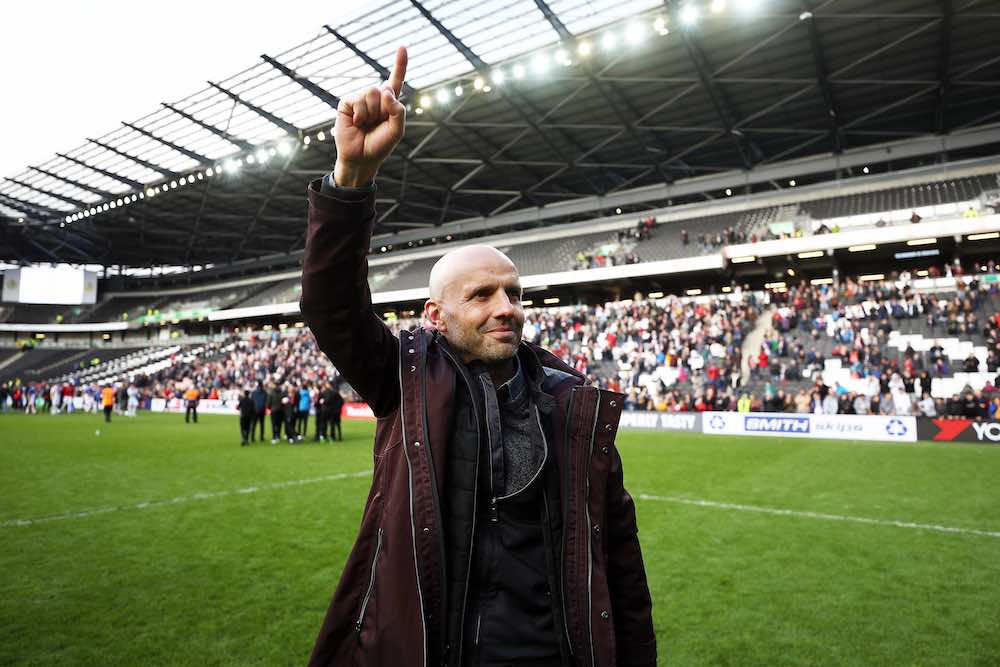 “I would say that winning promotion with MK Dons in my first season was my biggest achievement as a manager.

“I say that because I was leaving a club where I had total control to arrive at a club that was in a state of chaos following two relegations in three seasons was very challenging.

“The dressing room environment that I walked into was toxic. The chairman was panicking that the club could go out of the Football League so to turn it around and win promotion automatically was my best achievement.

“I knew what I was getting into and I knew that I was a possibility but I don’t think I would have done anything differently.

“A set of circumstances arose that made things difficult for us at the start of that season but we would have come through it without question.”

Your last managerial job was at Bristol Rovers. What did you learn from your experience with the Pirates?

“I was not there long enough to learn anything in all honesty. I went into the club for eleven weeks at the height of lockdown with no office, no changing rooms, no meeting rooms and a squad that was already struggling. We started well in the first month then the next six weeks went quite poorly.

“There was not too much that I could have done. There were so many things that needed fixing within the place and during the height of lockdown, it was very hard to build relationships across the club as I normally would.”

What have you learned while out of the game and do you want to return to management in the future?

“I do want to return to management. I’ve taken time out in the last eighteen months to evaluate my career as a coach to date.

“It has been a privilege to work for over twenty years as a coach and I am a better coach now than I was ten years ago.