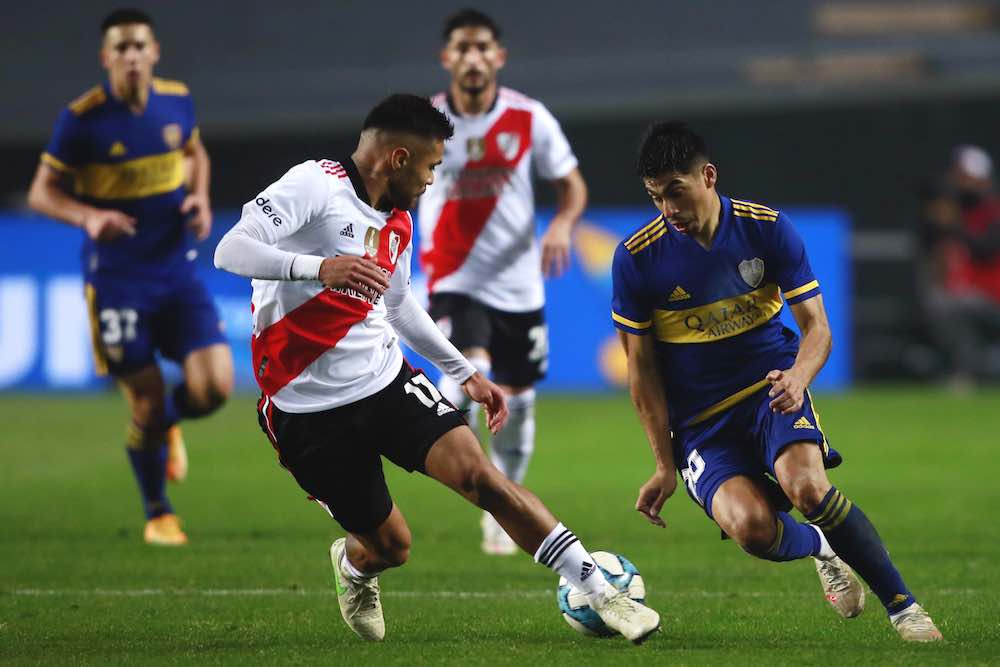 If you feel like you hear the phrase “River Plate and Boca Juniors face off in a Superclasico” all the time, then that’s because you actually do.

On Sunday afternoon, Argentina’s two most famous clubs play their fifth derby of the year, coming in five different tournaments or formats of league.

This one falls with 12 rounds of the Liga Profesional left to play and will have a huge say in who gets to compete for the title.

River, at home to their fiercest rivals for the first time since Covid-19 didn’t exist, are in second position just two points behind leaders, Talleres.

Their great teams of two or three years ago are a thing of the past now as European clubs stripped them of their most talented players, but they still have enough to be dangerous.

Their title bid is being sustained mainly by the lethal goalscoring form of Argentina international Julian Alvarez and talented young Colombian playmaker Jorge Carrascal. They have not been pretty recently but they have been effective, picking up 13 points from the last 15 available.

Tonight at the Monumental stadium, one of the greatest rivalries in the world. River Plate V Boca Juniors in the SuperClásico. Who will win this time? pic.twitter.com/jUGpwTHl6S

The same could be said for Boca, who are enjoying a nice upturn in form since Sebastian Battaglia became manager in August.

They are eight games unbeaten, looking solid, and are conceding very few goals, partly thanks to the experience of ex-Manchester United defender Marcos Rojo at the back.

Goals are not coming in abundance, but they have an interesting crop of youth players looking to integrate into the first team in the coming year.

They are currently eight points off the leaders, so a win on Sunday could see their faint title hopes become more of a reality.

The event will probably be remembered for something beyond the final result in any case.

Argentine football is welcoming fans back to stadiums this weekend for the first time since the pandemic broke out in March 2020.

35,000 River fans (50% capacity) will be allowed to return to holy ground they have not trodden for so long.