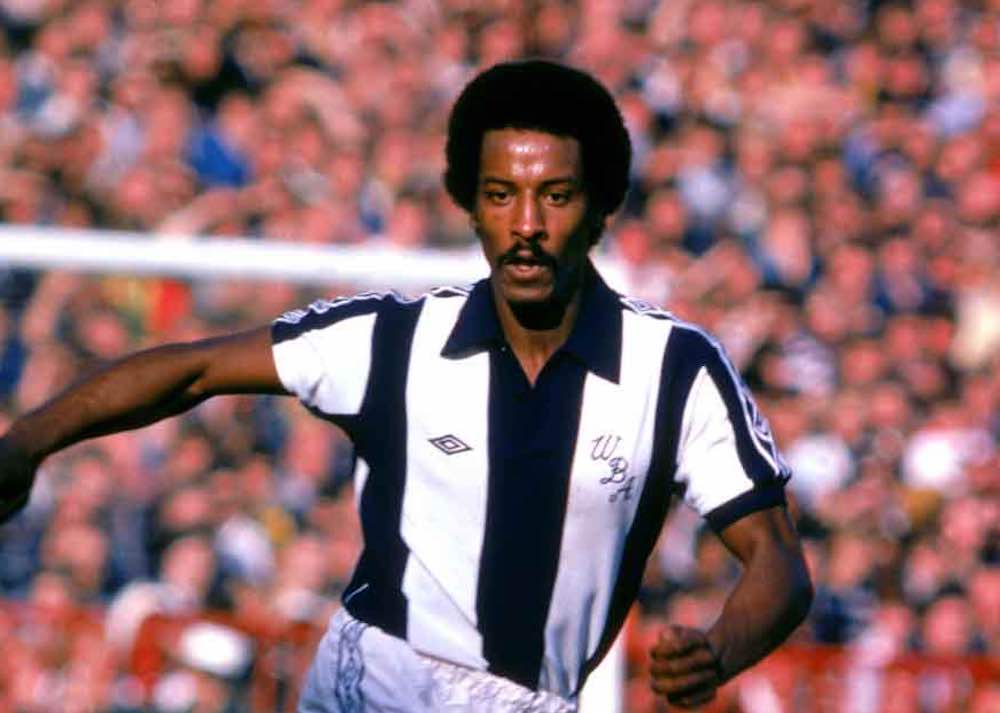 You have worked with the Professional Footballers’ Association for decades in various capacities including deputy chief executive. How important is the work of the PFA in supporting players across all levels of the professional game?

“The PFA is a vitally important organisation. Every player has the opportunity to join at the age of sixteen when they enter an academy or a youth set up with a professional club.

“The PFA then supports players from that stage throughout their entire career and after they retire from football.

“Individuals can access professional and legal advice, education and a whole range of support. It is a great union and one the best in the world in my opinion.”

If we can rewind to your playing career. You joined Arsenal as a schoolboy and won the prestigious FA Youth Cup in 1971. What are your memories of Arsenal and breaking into the first team at the club?

“I was fortunate that the club spotted me as a 13-year-old. I was then invited to train with the club on a Monday and a Thursday before signing schoolboy forms at the age of fourteen.

“I loved those formative years as they were filled with fantastic learning experiences as a footballer and also helped me grow as a man under the managerial stewardship of Bertie Mee.

“He also has a great staff with Don Howe and Steve Burtenshaw. They were phenomenal coaches in their own right.

“It was the perfect grounding for me and learned so much from my time at Arsenal even though I only played around a dozen games for the club. I’m very grateful to have represented the club.” 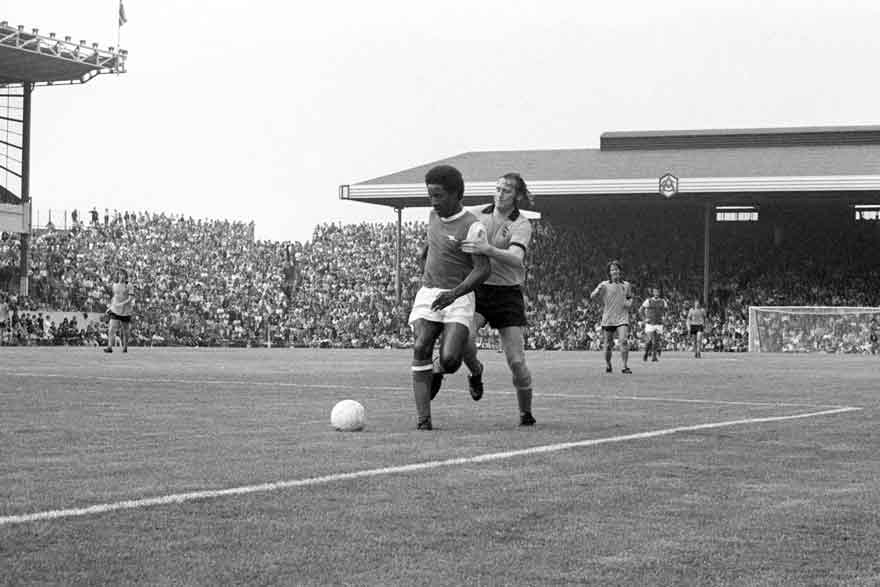 You may have only played a dozen games for the club but you were the first black player to ever represent Arsenal, does that fact fill you with extra pride?

“I actually wasn’t aware of that fact until many years later when I was conducting an anti-racism event at Chelsea. I was introduced as the first black player to play for Arsenal which genuinely took me by surprise.

“Being honest, it is not something I take extra pride in as we are all accidents of birth. Someone always has to be the first and it just happened to me.

“I was always focused fully on making the grade, that I wouldn’t have paid any extra attention to something like that anyway.

“Thankfully, there were many inspiring black players who started to come to the fore during that era such as Clyde Best at West Ham and others.

“My family did not come from a background that was steeped in football. My mum and my stepfather knew nothing about the game.

“That’s why I am very grateful to Arsenal as they guided me through those early years and taught me the basics.”

You left Arsenal for Cambridge United and won the fourth division championship under Ron Atkinson. Were you happy to drop down the divisions for regular first-team football?

“It did not faze me. I had a taste of the first team at Arsenal and did not go on to ‘make it’ so I felt a little bit embarrassed about the prospect of going back to reserves should I stay with the club.

“Don Howe left the club to join West Brom and Bobby Campbell arrived. He had different ideas to the previous staff so it was the right time for me to go. I knew I didn’t have a long term future at Arsenal.

“My mum always taught me and my siblings to make bold decisions and not be afraid of doing so. I wanted to be a first-team footballer and I did not think of the division that Cambridge were in. They were the first team that came in for me and they made it clear that they wanted me so I jumped at the chance.

“The club were about to be relegated when I joined having come up from the Southern League set up. Remarkably, we turned it around and went on to win promotion to the third division which was an incredible feeling.”

“We got hammered by Bradford early on the season so it was a rude awakening to life in the Third Division initially [laughs].

“Ron Atkinson built a terrific team with a mix of ambitious players and players who had a point to prove. We all wanted to prove that we were capable players who could make the step up to play at a higher level.

“We had an experienced player called Dave Stringer who really helped the younger players like myself in that Forth Division campaign by showcasing incredible commitment and professionalism each and every day in training and in games.

“We also had Alan Biley up front who scored more often than not. His first or second touch always seemed to be a goal.”

Ron Atkinson has had many ups and downs as well as elements of controversy during his time in football. How would you sum up your relationship with him as he also took you to West Bromwich Albion?

“As a manager, he was very good for me and the team at Cambridge as his record shows and Ron was one of the main reasons that I wanted to join West Brom.

“Ron showed faith in me and it worked out well for both of us. I thought that I was good enough to step up to a higher level and it turned out well.

“I joined a West Brom team that was about to go on and flourish. Perfect timing for me to join really.

“As a person, he was nakedly ambitious. We had a few run-ins but I recognised that he had something about him and that he was going places. If we followed his lead as players then we knew that he would take us on.

“He was a superb motivator. He knew players as individuals and knew how to set up a team to play the game in the right way.

“He was always challenging you. He would regularly say: ‘You keep telling me that you are good players. Now, go and show me on a Saturday and once you’ve done it on Saturday, go and do it every single week.’

“He was great company but he also had a ruthless streak when he needed it. I thoroughly enjoyed my time working with him at both clubs.”

When we discuss West Brom, I have to ask you about Cyril Regis and Laurie Cunningham. Ron nicknamed you as a trio ‘The Three Degrees’. You have a statue in the Midlands marking your impact on West Brom. What was it like to play and socialise with Cyril and Laurie because you are all synonymous with one another? 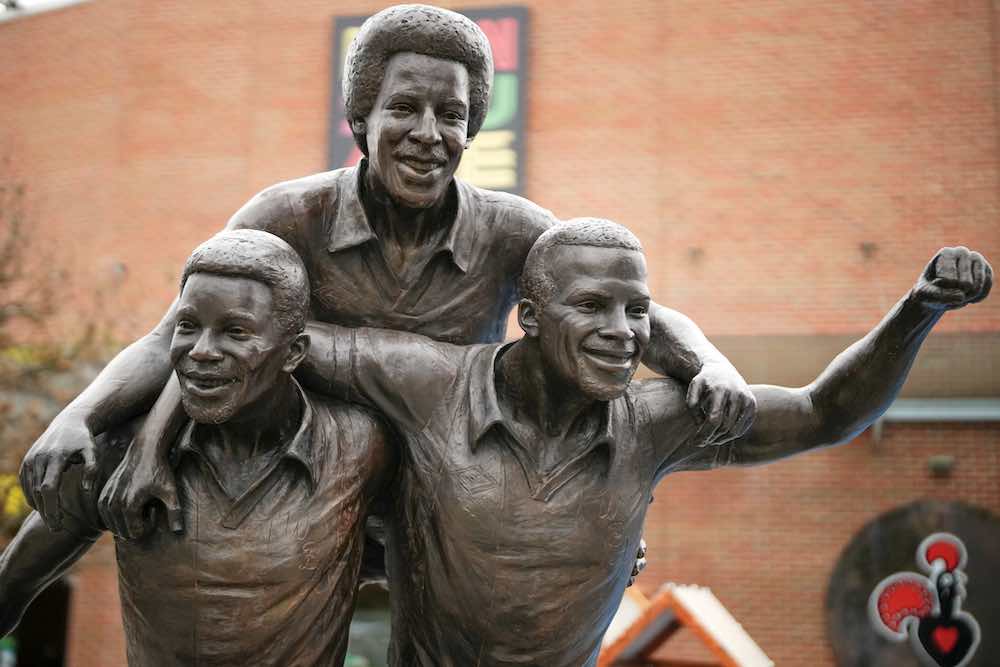 “I think a bit too much was made of it at the time in all honesty. Ron certainly milked it for all that it was worth [laughs].

“We didn’t take it on so much as individuals. At times, I felt like we were asked to do too many publicity shots.

“It is important to remember that it was not about the three of us. We need to remember and respect the whole team at West Brom.

“We had a very good goalkeeper in Tony Godden. As a centre back pairing John Wile and Ally Robertson were phenomenal. Derek Statham was a superb left-back who was unlucky not to win more England caps.

“Then, we had the emerging Bryan Robson. He blossomed as soon as he was given his opportunity. He had it all and it is no surprise that he went on to be one of England’s greatest players.

“Lenny Cantello was great with me as well as being very good on the right of midfield. ‘Mr Albion’, Tony Brown, was incredible and Ally Brown was not bad either.

“Add all of those players to the quality of Cyril and Laurie up front and it is no surprise that we were a very good team.

“Ron gave us license to play and we did just that. Naturally, I gravitated to Laurie and Cyril as we shared a similar heritage and journey.

“It was natural for us to socialise but as I say, three people don’t make a team and we were lucky to play alongside other top players who enabled us to flourish.”

You represented England B during your career. Do you look back with frustration that injury was probably the only thing that stopped you from earning a full cap?

“You have to accept things as they are. I tore the cartridge in my right knee just after I signed for Arsenal as a teenager so I knew there was a fair chance that such an injury would catch up with me.

“Unfortunately, it did at the age of 29. I had near enough a full career so I have no regrets. I enjoyed it.

“Being selected for England B was special and my mum was able to come and see me play. She hardly ever saw me play live but for her to be able to watch me play at Old Trafford that day means a lot to me.

“I proved to myself that I could play and hold my own in the top flight so I have no regrets.”

Finally, Brendon, you have been awarded an MBE and an OBE for services to football. How proud are you to have earned those honours in addition to your footballing honours?

“Of course, those were very proud moments. My wife and my kids were able to see it. I now have older grandkids who are aware of my journey too which is nice.

“I came from humble beginnings and a background that did not know football. I also have to thank the PFA for everything that I’ve achieved as they’ve always been there alongside me.

“The anti-racism campaign that we launched with Lord Ouseley in 1993 was a big part of my life. Football has been good to me and my family.

“I’ve been a really lucky boy because football found me and football has been my life. I cannot imagine my life without it.”