Alianza Lima Look To Libertadores After Being Crowned Champions Of Peru 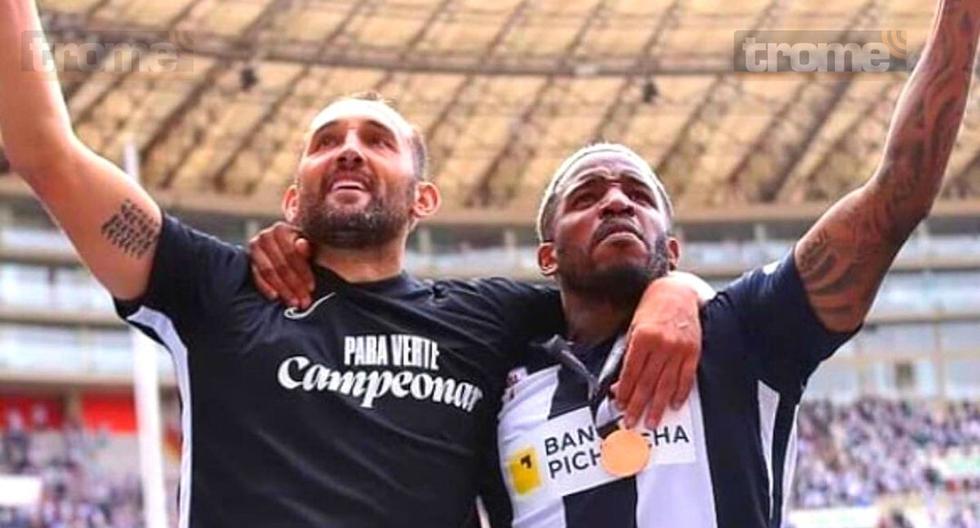 Alianza Lima have been crowned champions of Peru’s Liga 1 for 2021 after a 1-0 aggregate win over rivals Sporting Cristal.

Hernan Barcos scored the goal in the first leg that ultimately won it for his side, but their season could have been very different had a TAS decision not gone in their favour.

As the Liga 1 season started back in March 2021, Alianza Lima were not involved in the opening week’s fixtures as they had been relegated after a disastrous season in 2020.

Carlos Stein, a side from the Lambayeque region in the north of Peru, were due to start the season in Liga 1 having survived after initially being given a fine for a breach of payments during the season.

With this decision being confirmed after the season had started, both sides had a lot of work to do with each now having to prepare to play in a different league they had initially planned for.

Carlos Bustos, the Alianza Lima manager, got his side organised and hard to beat from the start of the season, Last season there was often too little team cohesion and organisation which saw an ill-disciplined side perform well below their expected standards.

This time around Alianza lost just twice all season and conceded the fewest goals — just 17 in 26 games.

Playing a 3-4-1-2 formation, Bustos’ side were difficult to break down and their three central defenders provided a solid defence behind a disciplined central midfield duo.

Often playing on the counter-attack, Barcos was a familiar target who linked up play, while Oslimg Mora on the right and Edgar Benitez on the left provided the width from their wing back positions.

Mora took the place of Kluiverth Aguilar who signed for Manchester City when he turned 21 and his performances even earned him a call up to the Peruvian national side.

Their season had gone well as they finished two points behind Sporting Cristal in the accumulated table giving them guaranteed Copa Libertadores football next season.

Having won the Clausura, and with Cristal winning the Apuerta, there was a final to decide the overall champions which Alianza won after some less than ideal preparations.

At the beginning of November, 10 players were forced into isolation after a Covid outbreak at the club. There was no official report as to the cause of the outbreak. The ten players isolating did not include Jefferson Farfan, but he had just been found to have hosted an illegal party that included some teammates who were now ruled out.

Training was suspended and Los Blanquiazules would have to wait until closer to the first game to begin their preparations.

The final played out over two legs exactly how Bustos would have wanted. His side defended deep and played on the counter attack and secured their 24th title.

Barcos’ goal proved enough in the first leg and despite some scares in the second, including an early opportunity for Alejandro Hohberg who headed wide from six yards while completely unmarked, Alianza secured their title.

Alianza’s style of play will not change from Liga 1 to Libertadores — only the quality of the opposition which is something that Sporting Cristal struggled with this year. Cristal are a side who control possession in Peru and dictate play — the opposite is true in the Libertadores and it can be hard to adapt to so much time out of possession against top sides.

They go on to the Libertadores next season and Bustos will have a more settled and clearer pre-season to prepare for 2022.

If they can continue to be defensively solid and organised, with the right additions to give them a chance in continental competition (as well as a kind group) we could see a strong Peruvian side challenge for the knockout rounds of the Libertadores next season.