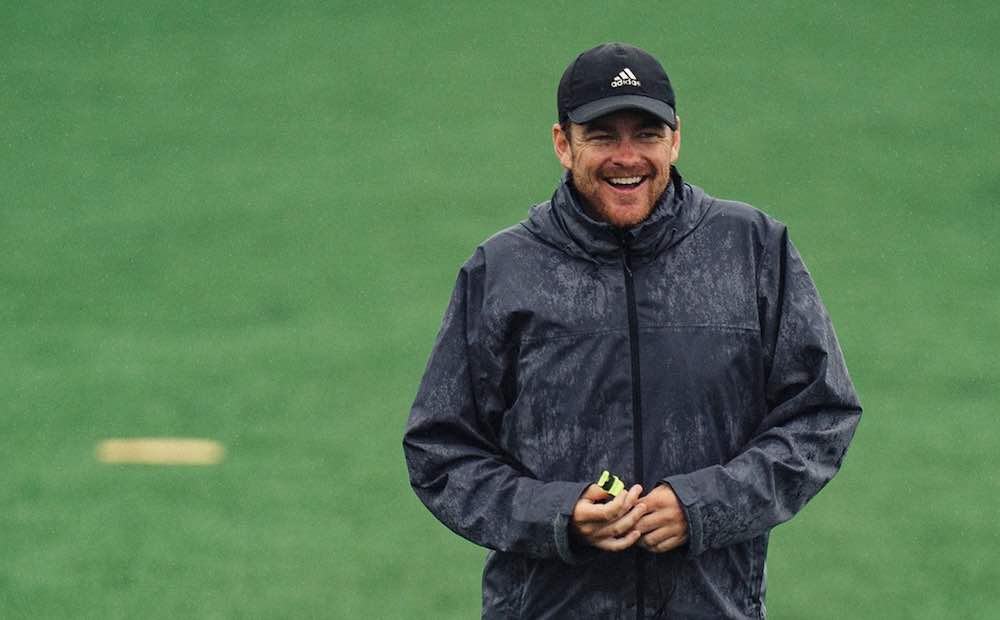 You were the assistant coach at FC Cincinnati for a few years. What did you learn from that experience?

“The first thing I learned was how to put together a squad of players from scratch because there weren’t any players signed when John Harkes and I went into the club.

“John used to play at Sheffield Wednesday and his son now plays in Scotland at Dundee United.

“We put the squad together as best we could and finished third in the league which was massive for us.

“Creating a positive mentality within the club was key to our recruitment and we worked very hard to make sure we signed ambitious players to maximise our potential.

“We targeted players who previously had some challenging experiences and just needed the right environment to succeed.

“Secondly, I learned how to manage and navigate the ownership of the club. As a coach managing your players is key but managing above you with the ownership is also vital.

“John and I took a trip to England for example to visit and learn from Slaven Bilic when he was at West Ham.

“Owners of football clubs bring finance and they hire you as someone with football expertise so it’s important to make sure you are on the same page because owners have egos and particular ambitions just like players and managers do.

“We had tremendous success and the fans were greatly supportive of us. We played Crystal Palace in front of 35,000 fans which was unbelievable too. I learned a lot and I use those learning experiences in my new role today.”

You are currently the manager of Loudoun United in the United Soccer League (USL). How would you describe the standard of the USL?

“It’s a very interesting league. It’s the second division here in the states to Major League Soccer (MLS). Our side are linked with MLS side DC United and in our squad we have academy products and international players who want to make it to the MLS and succeed there.

“Within the league there are also ten sides who are stand-alone. So many sides in the MLS have started in USL before making the jump which means there are so many ambitious clubs in the league.

“Nashville and Orlando City are examples of clubs who started in the USL and have made the move to MLS.

“The level is improving year on year. Investment coming into the league has helped that.

“Over the last five years or so players such as Didier Drogba, Joe Cole and Tim Howard have played in MLS which shows that the league has an appeal to professionals.”

How would you describe your philosophy as a manager?

“Before I was in Cincinnati, I was lucky to spend time working with Gregg Berhalter in Columbus before he went on to work with the US national team.

“Before that, I was at Wake Forest with Ian Harkes and worked with current Leeds United player Jack Harrison.

“I aim for my sides to find the quickest and most efficient way to get to the final third without simply resorting to playing direct football.

“Attacking football is at the heart of what I want to create as a coach and making sure we control the transitions within games is key to that.

“You can see that in action successfully within elite level football from the likes of Liverpool and Leipzig too who are so good at transitional moments and as such win more games than they lose.”

What are your fondest memories in charge of Loudoun United so far?

“I would have to say establishing the club in our new stadium. We sold it out in our first game and we put on a great performance in a 3-3 draw. That was a memorable moment.

“I came into the job midway through a season and I had to change some personnel and change the way we played suit my style of management. We were able to win our last four games against the main playoff sides which was very pleasing.

“Last but not least, six players who I’ve coached at the club have moved on to MLS and one player has moved to Germany.

“From a developmental point of view that pleases me as a coach because I always want the best for the players who I coach.”

One of the players you mentioned earlier was Jack Harrison of Leeds United. How proud are you of his progress having worked with him in his youth?

“I’m incredibly proud of him because he is a great person and comes from a fantastic family. I’ve known him since he was 14 and I’ve stayed in touch with him and his family since then.

“Last year, I was fortunate to be invited by him and his family to watch him play at Elland Road and stay with them for one week so our relationship is very strong to this day.

“He deserves to be where he is now and I know he has the ability to keep progressing.”

Last but not least, what are your ambitions as a coach? Would you like to work in European football one day?

“Absolutely I’d love to work in European football one day because it’s one of the highest standards of football and if you are an ambitious player or coach then it’s where you want to be.

“I have had my UEFA B license and I’m working to achieve my UEFA A license now. I’m inspired by Jesse Marsch who produced great things at Salzburg. Bob Bradley was also a success in Norway and France which led him to the Premier League.

“I hope what Jesse is doing can lead to more US coaches being given the opportunity to showcase their talent in Europe in the future.”