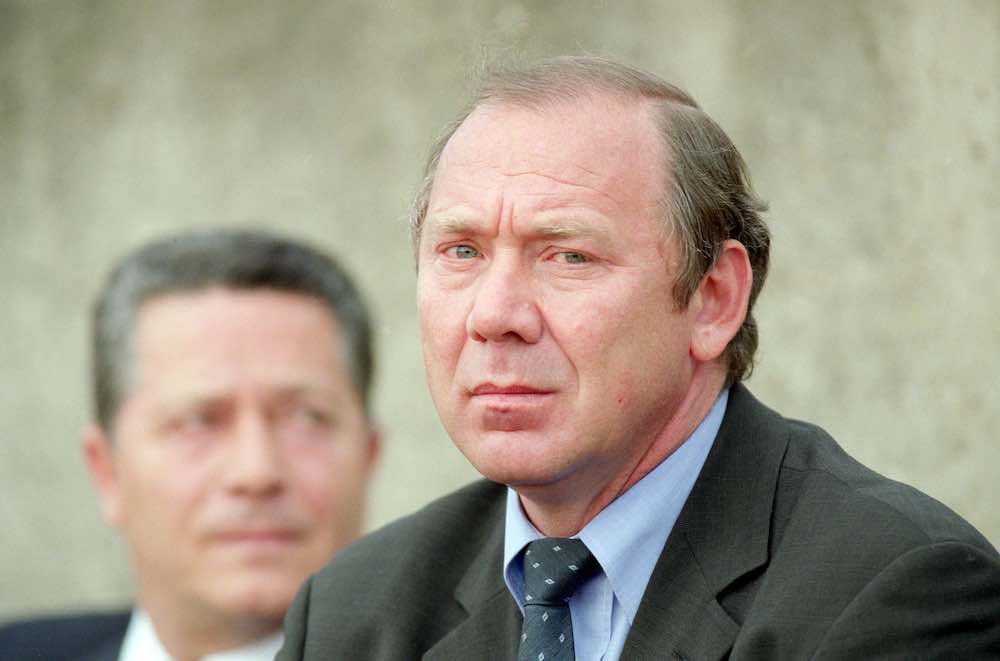 Throughout the tumultuous years that followed the dissolution of the Soviet Union, Spartak Moscow stood virtually alone in showcasing the footballing skills of the New Russia, masterminded by serial chain smoker, Oleg Romantsev.

His fast-paced brand of football, based on a short passing game saw his side almost all-conquering domestically, whilst making serious inroads into European competitions. Yet curiously, the name of arguably the finest Russian coach of all time, now seems lost to the ages, at least outside of his homeland.

Romantsev, was no stranger to Spartak, having spent seven years there as a player. He won both the Soviet First League and promotion along with it in 1977, and then The Soviet Top League two years later. This was followed by a succession of three runners-up positions in the next four seasons.

Having had his playing career cut short due to injury, he then moved into management, learning his craft with three years at Krasnaya Presnya, a small Moscow team, where he would first meet a young Aleksandr Mostovoi, and Vasili Kulkov, before spending a few months with Spartak Ordzhonikidze (now FC Spartak Vladikavkaz).

A decade after winning the Soviet Top League as a player, Romantsev returned to coach Spartak as the surprise managerial choice, due to his inexperience.

His impact was immediate, however, and the title was brought back to the Luzhniki stadium in his first season in charge. This was the first of a deluge of trophies, in a glittering time for the Moscow giants.

Appearances in the semi-finals of all three major European cup competitions were to follow, the last being a fine run in the UEFA Cup campaign of 1997-98, where they were knocked out by eventual winners — a Ronaldo spearheaded Internazionale — 4-2 on aggregate.

With Romantsev as coach, the club were virtually untouchable in the league, only twice finishing outside the top three, and only once outside of the top five, and that in his final season in charge; by which time the strain of managing both Spartak and the Russian national team was taking a heavy toll on his health.

Only former club FC Spartak (then Alania) Vladikavkaz would be able to break the dominant Premier League winning sequence, in 1995, the only blip in a glorious ten-year period, spanning from 1992 – 2001.

The brand of management Romantsev employed was authoritarian, his regime was one of working his players relentlessly. His demanding training sessions were reported by various players to be similar to the intense sessions given to the Special Forces. His focus always being on eradicating the mistakes made, not dwelling on the positives.

Yegor Titov claims that he never left Spartak — despite interest from several large European clubs, including Bayern Munich, and Atletico Madrid — because he was too afraid of his boss’s reaction that would result from telling him he wanted to leave.

For all his strictness, Romantsev did have a clear dialogue with his players, treating them fairly and with respect. He was open to other opinions and expected the same professional standards to be reciprocated both off and on the pitch. 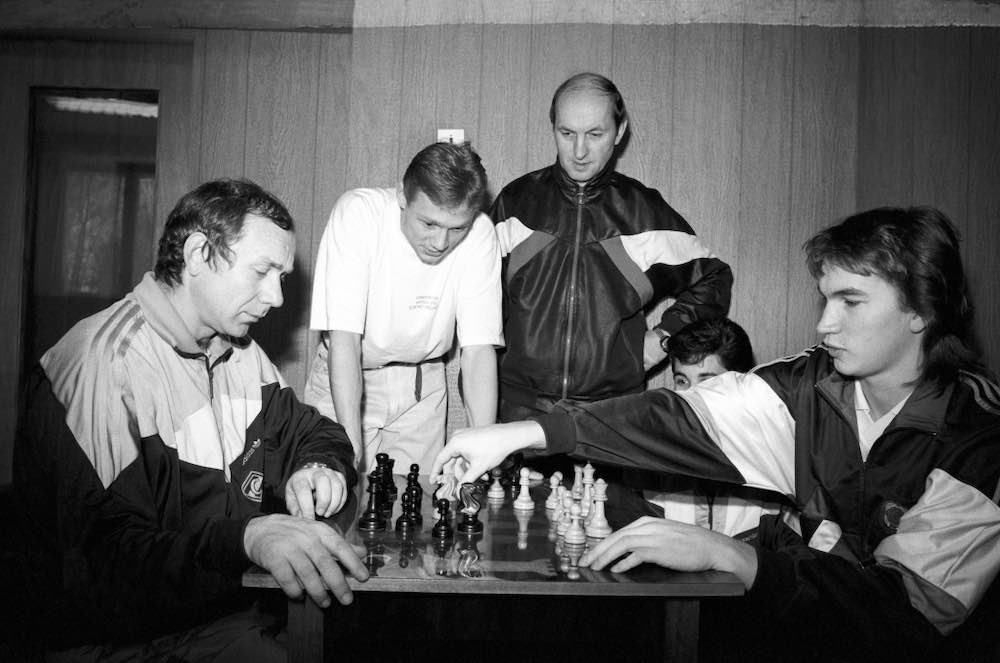 Key to the continued success was the coach’s eye for spotting and bringing through young talent, both from inside Russia as well as the old Soviet satellite countries, developing many future internationals such as Aleksandr Mostovoi, Yegor Titov, Viktor Onopko, Igor Shalimov, Vladimir Beschastnykh, and Dmitri Khlestov.

A large selection of these players moved abroad with much success and for a considerable profit which, owing to the season structuring in Russia at the time, meant that the 1995-96 squad, in particular, was decimated over the winter at the cost of a potential Champions League semifinal with Juventus, who eventually defeated Spartak’s quarterfinal victors Nantes 4-3.

By the late 90s, with the constant selling and rebuilding, local rivals were fast catching up in both Europe and putting pressure on in the league league standings.

City rivals Lokomotiv twice got to the Cup Winner’s Cup Semi-Finals in consecutive seasons in 98 and 99, with Dynamo making an appearance in the quarters, in 96.

Spartak began to change hands regularly and as a string of cheap foreign imports made their way into the side, the quality of the team started to diminish.

The challenge of keeping Spartak at the summit of the league table, as well as managing the national team eventually took its toll on Romantsev.

Years of relentless obsession over mistakes on the pitch and a vigorous drinking habit put him at odds with those around him. He once famously accused the then club owner, Andrey Chervichenko of buying the cup final which his team had just won.

After being sacked from his beloved club in 2003, he had brief stints at FC Saturn Ramenskoye, and latterly Dynamo Moscow, neither of which brought any success. After four years away from the sport, Romantsev came back to Spartak once more, in the guise of a consultant — a role he occupied between 2009 and 2012.

Thus ends Romantsev’s Spartak reign. Despite a plethora of high-profile names coming to the club in the years after, the likes of which included the pedigree of Nevio Scala, Aleksandrs Starkovs, Michael Laudrup, Valeriy Karpin, and Unai Emery, the club have only once managed to secure the league title. That was in the 2016-17 season under Massimo Carerra, another inexperienced coach, having previously spent more time in the role of assistant, at Juventus, Italy, and finally, Spartak.

One has to speculate whether we will see the likes of such a dramatic figure as Romantsev again, especially in the more competitive European leagues.

His patriarchal style, and desire for control over every aspect of his domain, at one point saw him as the club’s major shareholder, president, and manager concurrently, making him, not only a unique entity in football, but also furthering his legend in the process.