Anton McElhone: ‘Kane Could Easily Have Stalled – Football Is Not A Straight Road For Any Player’ 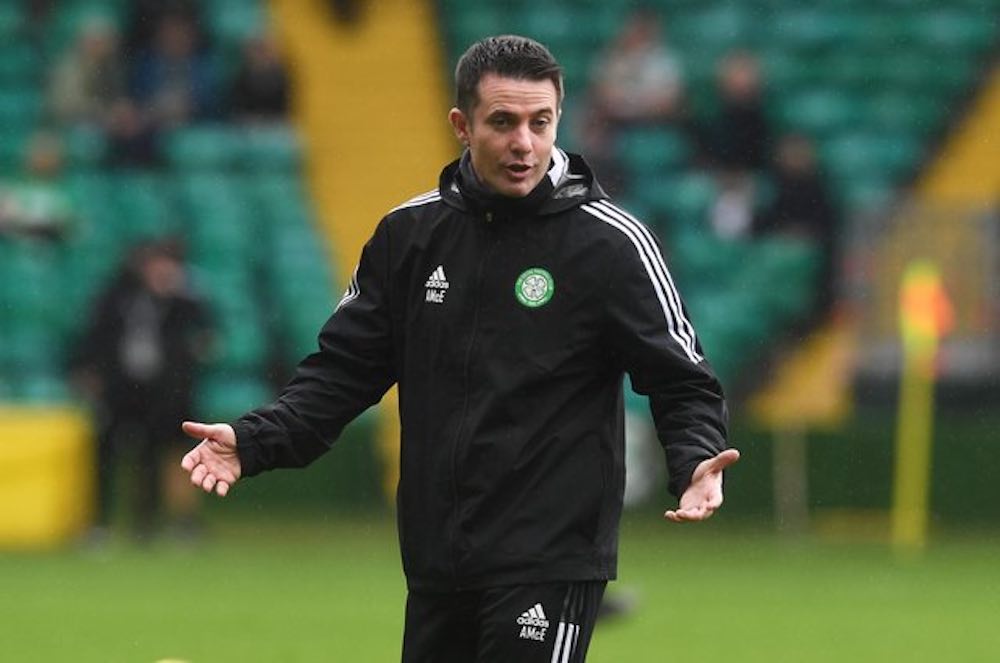 An interview with Celtic’s head of Sports Science, Anton McElhone, by Callum McFadden for WFi.

You started working in Scottish football several years ago at Queens Park and then Hibernian. What did you learn from those experiences?

“I was really lucky to be given an opportunity at Queens Park by Tommy Wilson. He was my coach as an under-19 player at the club and he gave me my first opportunity in coaching.

“He was a fantastic coach and football man to learn from given his success in youth development with Scotland.

“From there, I moved on to Hibernian when John Park and Tony Mowbray recruited me.

“It enabled me to work with a higher profile of player. I worked with Scott Brown, Steven Fletcher, Chris Killen as well as after talented players who the club sold on for big money.

“It was a great grounding for me in terms of getting used to working within an environment where the focus was on playing football the right way.”

You are probably most well known for working at Tottenham Hotspur as a fitness and conditioning coach from 2007 to 2017. How integral was that role within your development across the aspects of fitness and sports science?

“I always aspire to be the best and work with the best players so the opportunity to go to Tottenham Hotspur was a great experience for me.

“It took me to the next level in terms of developing my knowledge and experience of fitness and coaching.

“Every member of staff at Tottenham had expertise within their field and we had access to the best of facilities too. Those aspects of a club are vital in order to develop players and coaches to the highest level.

“A player who I use as an example in my work is Harry Kane. I was fortunate to work with Harry from the age of fifteen.

“He was a good young player but he made the grade through hard graft. He experienced ups and downs.

“Football is not a straight road for any player. Character and determination are crucial in terms of becoming an established player.

“Harry was told no several times and could easily have stalled as a player. However, he put in extra work after training, would ask to travel on various trips with the team to learn and always gave his all.

“Putting on the best sessions is what you strive to do as a coach but everyone has to work together to ensure that every player can access the best footballing education within a club.”