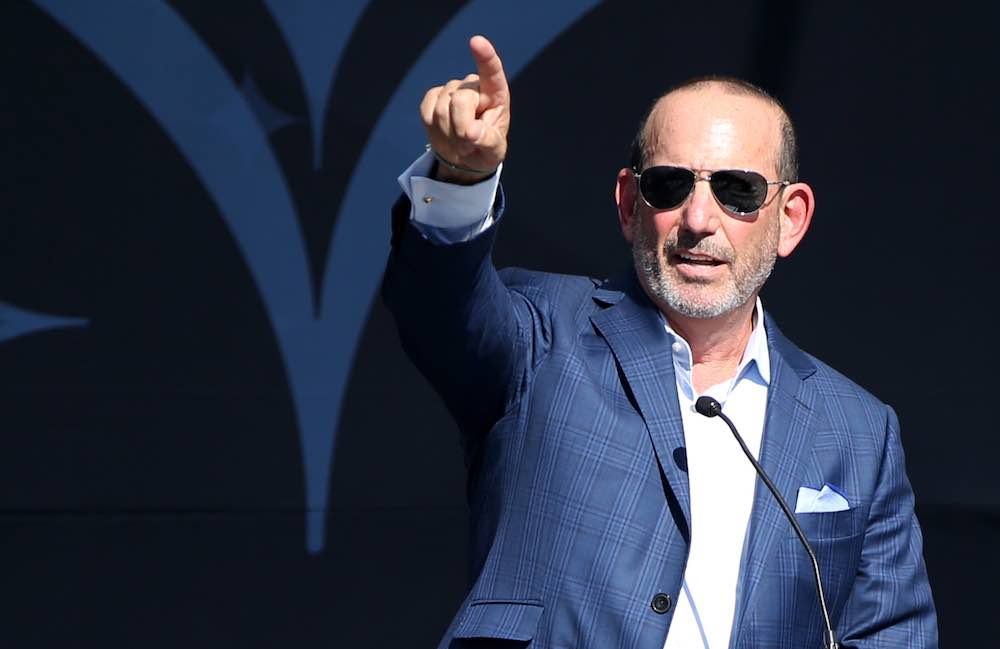 Major League Soccer has long been focused on expanding the league and growing its brand. The 2021 campaign had 27 teams, but in the next three seasons, the league is expected to increase to 30 clubs.

The 30th team has yet to be determined by MLS and is not expected to be confirmed until early 2022. Phoenix is in the running to become a possible expansion club, with many involved in sports betting in Arizona considering the prospect of a club in their state before they recently took a step back when Las Vegas became favourite to be named as the 30th club.

“I want to point out that we’re still in discussions with other markets, both Phoenix and San Diego,” MLS commissioner Don Garber said earlier this month.

“I think the interest in Major League Soccer continues to grow, the value that investors look at when they’re determining how they want to engage with professional soccer or professional sports overall is at an all-time high.”

Prior to the pandemic, MLS was considering Phoenix as a possible destination. Soccer has been growing in the city as there’s been a strong focus on the youth sector.

In addition, Phoenix has been the host for numerous Concacaf Gold Cup matches, most notably for Mexico’s national team.

Fast forward a few years later and Las Vegas has emerged as the more favourable option for expansion. This may have been influenced by success in other sports in the area.

NHL expansion club, Las Vegas Knights, and NFL team, Las Vegas Raiders who relocated from Los Angeles in 2020, have been successful in their respective leagues.

Las Vegas has always been considered a tourist area with gambling being the main attraction. It was undoubtedly a big risk when the NHL considered expanding into the Las Vegas market yet it was a decision that has paid off for both the league and city.

The Las Vegas Knights have managed to sell out most of their games, provide a theatrical experience to their fans and remain competitive. It’s the fans’ experience that has enticed them to return on multiple occasions. Vegas has the land to build a facility that would accommodate an arena and be a good fit for the MLS in becoming the 30th club.

“What has been done with the Knights, what Bill [Foley] has done has been remarkable,” said Garber.

“I think it’s one of the great expansion team launches in the history of professional sports.

“What Mark [Davis] has done with the Raiders, both on the field and what he’s done with Allegiant (Stadium), is just spectacular. We’re very bullish about the market. We’ll continue to plow forward.”

“Really what we need is a great facility. Think about what could happen in Las Vegas,” Garber added.

“In Las Vegas, you could conceivably see a soccer stadium that looks like a mini version of Allegiant [Stadium, home of the Raiders and this year’s sold-out Gold Cup final], or a mini version of your stadium for your football team in Arizona.

“And in an environment like that, the temperature being what it is, that would be what I would say would have to happen in order for Phoenix to be a great first division team in Major League Soccer.”

This past weekend, the MLS addressed the media with Vegas being the front runner to become the 30th club.

“Vegas is the frontrunner, Taylor, and I’m very, very focused on that,” Garber replied.

“We’re looking at building a stadium right off the strip.”

The key man behind the operation for Las Vegas is businessman Wes Edens. With Las Vegas Golden Knights and Las Vegas Raiders already having a strong presence in the city, Nevada could become the home of MLS in the near future as well.

“Our 30th team is really going to round out expansion in Major League soccer, so stayed tuned,” Garber stated. “First quarter of 2022 we should be announcing a 30th team.”

With Charlotte FC set for 2022 and St Louis CITY SC aimed to be ready for 2023, it won’t be long until MLS confirms the 30th team which looks increasingly likely to be Las Vegas. Stay tuned.