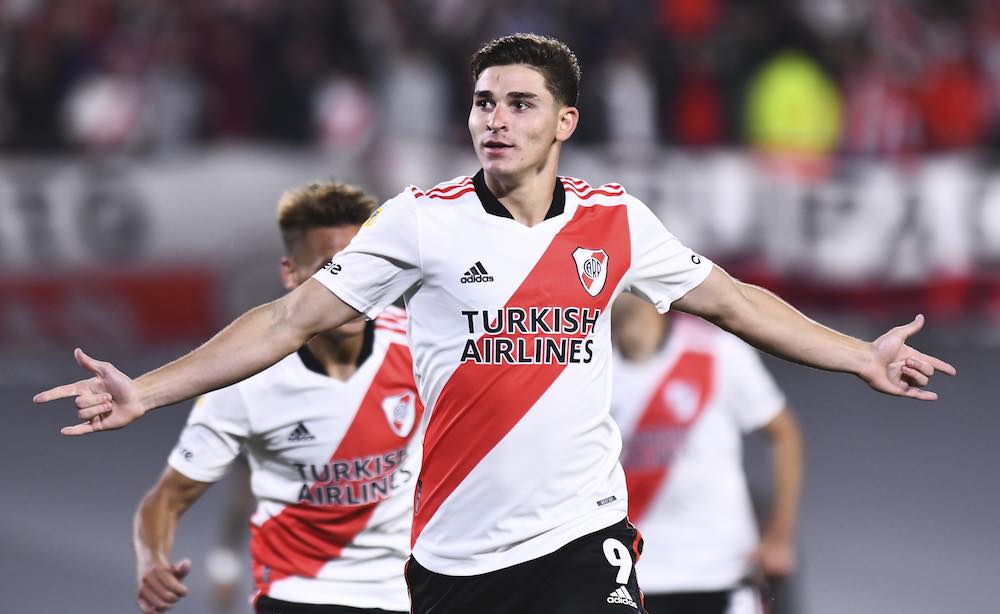 The Argentinan Primera was comprehensively dominated by River Plate, who won their first league title in seven years to finally complete the last piece of the jigsaw in Marcelo Gallardo’s brimming trophy cabinet.

The gulf in class between River and the chasing pack was not only testament to the side Gallardo has constructed but any indictment of the state of play at the other traditional Grandes.

Credit must be given to the only real challengers, Talleres, who will feel hard done by to finish third in the league and as beaten finalists of the Copa Argentina.

Defensa y Justicia put together an incredible late surge to nick second place on the final day, while the likes of Velez, Estudiantes and Colon were competitive too.

As ever, there were many impressive showings from a number of exciting young prospects.

Not only did well-known starlets live up to their billing but there were also a whole host of breakthrough talents, too.

Not strictly speaking a new name to keen observers of the Argentinian game but it would be a crime not to laud Alvarez for a coming-of-age season.

Indeed, as the season went on it was clear that the River wonderkid was not only the best prospect still playing in the country but arguably the best player in the entire division as he spearheaded Los Millonarios to the title.

Following on from his exploits for Argentina’s Copa America winning squad, Alvarez returned to Buenos Aires brimming with confidence and was given the opportunity to play through the middle following the sale of Rafael Santos Borre.

It proved to be a masterstroke as the man nicknamed the Spider netted 18 goals in 21 games, including a stunning brace against Boca, a hat-trick against San Lorenzo and a four-goal haul against Patronato.

Clinical finishing aside, Alvarez also laid on six assists as he demonstrated what a well-rounded centre forward he has become.

Given how much River dominated, it would be wrong to boil their success to one young player. Honourable mentions must also go to dynamic midfield duo Santi Simon and Enzo Fernandez, while Felipe Pena Biafore also stepped up to perform admirably out of position.

The biggest surprise of the season. Ex-Racing wideman Ojeda hit a remarkable vein of goalscoring for Godoy Cruz.

He ended the season with 12 goals and three assists as La Tomba were transformed from relegation candidates to a solid mid-table finish by former Marcelo Bielsa assistant Diego Flores.

A versatile attacking midfielder coming in off either flank, Ojeda epitomised the youthful revolution in Mendoza under Flores.

Whether Ojeda is a flash in the pan or just a late bloomer remains to be seen but with the likes of Ezequiel Bullaude, Tomas Badaloni, Gonzalo Abrego and Valentin Burgoa all making good progress, it shows there is reason for optimism at Godoy Cruz.

Another young player that seemed to come from nowhere, the tall forward formed the deadliest strike partnership in the division with club legend Jose Sand.

Lopez contributed 13 strikes while Sand bagged another 15, meaning that they were responsible for 64% of all of Lanus’ goals.

As well as the 20-year age gap between the two, the fact that both Lopez and Sand hail from Corrientes — with just one hour separating their hometowns — added an extra dynamic to the master and apprentice dynamic up front for Lanus.

Lopez’s aerial presence, tireless running and composure in front of goal were a big feature of Lanus’ blistering start to the season and announced himself as one of the best breakthrough talents in the league.

A player we’ve known about for a while, Castro almost went to Roma as a teenager but this season has stepped up and made himself a protagonist in the Newell’s midfield.

Castro is a dynamic, driving force from the centre of the park, contributing with 5 goals and 5 assists in what has been an otherwise disappointing season for La Lepra.

Alongside fellow exciting midfield prospect Juan Sforza, Newell’s will hope the emergence of Castro has come just at the right time as club legend Maxi Rodriguez called time on his illustrious playing career.

Over on the other half of Rosario, Gaston Avila makes a strong claim for the best young defender of the season.

The younger brother of Osasuna’s Chimy Avila, the 20-year-old has impressed with his ability to play out from the back, his tenacity and his goal-scoring threat and was one of the stars of their run to the Sudamericana quarterfinals.

Even though veteran striker Marco Ruben is still the main man at the club, Avila epitomised the youthful approach taken by Kily Gonzalez at Central.

The likes of Gino Infantino, Luca Martinez Dupuy and Luciano Pupi Ferreyra all showed flashes of their potential, while Lautaro Blanco and Facundo Almada were regulars in defence.

On loan from Boca Juniors, it remains to be seen whether he’ll get a chance back at the Bombonera or whether he makes the switch to Central permanent.

Son of ex-Feyenoord and Inter Milan striker Julio Cruz, there is more to the young sharp shooter than purely having a famous father.

Although Banfield struggled for goals this season, Cruz found the back of the net seven times in 24 games, over of a third of the club’s total goals in his debut season.

Rangy but elegant, Cruz comes alive in the penalty box and is good with the ball in the air or on the deck.

Indeed, there was a real theme of young No. 9s making a name for themselves this season.

Along with Cruz and the aforementioned Lopez, Boca’s Luis Vazquez and Sarmiento’s Luciano Gondou showed there is a real revival of traditional target men centre forwards coming through.

Although it was an ultimately disappointing season for Talleres, they have nevertheless proven themselves as one of the most consistent sides in the division and once again punched above their weight.

The loss of midfield anchor Federico Navarro, who moved to Chicago Fire in August, could have disrupted the balance of the team but the arrival of Rodrigo Villagra meant they had nothing to worry about.

Having previously impressed at Central, Villagra slotted in perfectly and immediately became a regular.

Although he may not grab the headlines, he kept the side ticking over and boasted the best pass completion in the side (86%) while also shielding the back line.

An honourable mention also goes to 20-year-old right-back Julian Malatini who had a solid debut season.

Another of the more obvious selections on the list, Almada enjoyed his best year in a Velez shirt.

The diminutive playmaker has matured into the focal point of Velez’s attack under Mauricio Pellegrino and is excelling as the team’s No. 10, dictating the play and adding intensity and thrust.

Indeed, had he been available from the start of the season and not away at the Olympics, Velez may well have been genuine title challengers.

The extra time spent developing in Argentina have been pivotal in his development and now he looks ready to make the next step in his career, with a $16m move to Atlanta Utd supposedly on the horizon.

While ongoing sexual assault charges from earlier in the year remain a legitimate source of controversy, Almada has all the attributes to prove that MLS shouldn’t be a barrier to a move to Europe.

An otherwise forgettable but transitional year for Boca was given a silver lining with the Copa Argentina victory but green shoots are emerging in the form of Sebastian Battaglia’s young charges.

There were a number of players worthy of praise such as Luis Vazquez, Aaron Molinas and Rodrigo Montes who all emerged in the second half of the year but Agustin Almendra was the pick of the bunch.

While the very promising Cristian Medina and Alan Varela seemed to fall out of favour, Almendra was the only midfielder of the lauded ‘MVA’ trio who cemented his position in the centre of the park.

A couple of years ago Almendra looked like he might drift away into obscurity but his redemption has come full circle as he makes good on his blatant talent.

If that wasn’t enough then Boca’s victory in the Reserve League will strengthen their youthful base as the likes of Exequiel Zeballos, Ignacio Fernandez and the prodigious Valentin Barco are incorporated into the first team in the near future.

Last but not least, another familiar name to round off the list but one very much deserving of a place.

On the surface 1 goal in 24 games doesn’t sound too impressive and, while he’s not hit the heights he hit when he burst onto the scene at the end of 2020, he did nevertheless provide 5 assists and was one of the very few shining lights in Independiente’s mediocre campaign.

There is inevitably always an adaptation stage when a teen sensation finds themselves being targeted more and dealing with double markers but, after a poor start to the year, Velasco showed real character and maturity to bounce back from a loss of form and prove he is still one of the most exciting talents in the country.

No player made more dribbles than Velasco in the league (323) and he has quickly become integral to Independiente’s creativity and attacking threat.

Perhaps under a more attacking manager, he could express himself even more but all the signs are there for Velasco to kick on in 2022.