Peter Weatherson On Morton Memories And His Career In Scottish Football 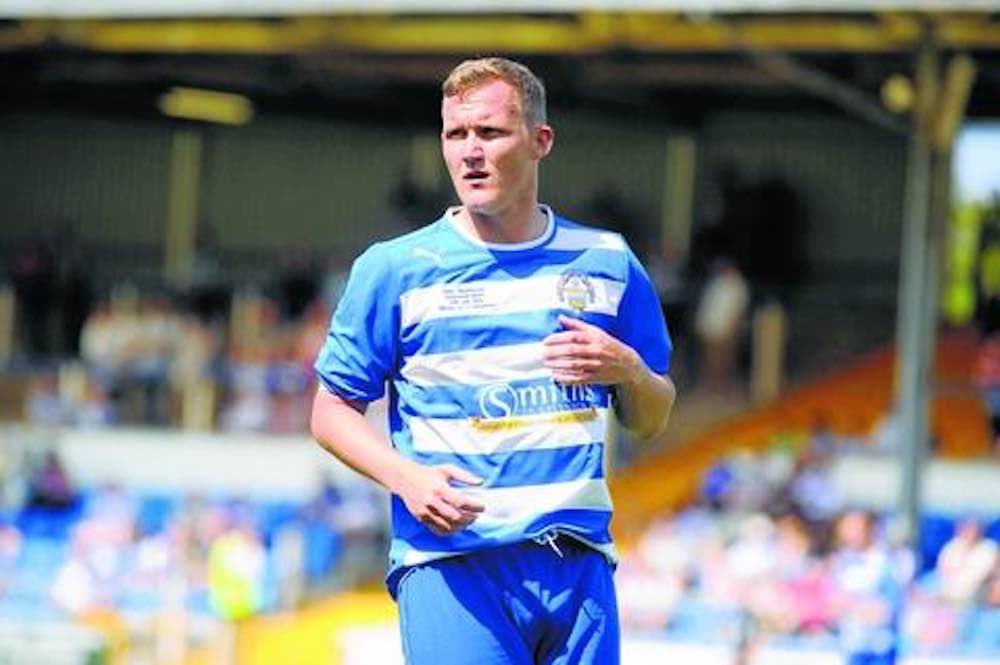 You were born in the North East of England but played all of your professional career in Scottish football. Who were your footballing heroes growing up and what are your earliest memories of playing football?

“I watched Newcastle every week during my childhood, as that’s my team. I loved Peter Beardsley, Micky Quinn, Andy Cole and Alan Shearer.

“As a Geordie, Alan Shearer was my idol. A tremendous goalscorer and all-round footballer.

“I always played football from a young age and I went from boys club football to playing in non-League football before I came up to Scotland.

“I played four divisions below the conference in the Northern League. My life changed when a manager who I had played against — John Connolly of Ashington — got the managerial job at Queen of the South in Scotland.

“He took me to Dumfries and gave me the opportunity to turn professional which was always a dream for me. Once I was in Scotland, I never looked back.”

You had a successful time at Queen of the South with a promotion-winning campaign that generated a lot of interest in you. What are your memories of your three years playing at Palmerston?

“I did not know what to expect when I joined the club. We signed a few Geordie players and there was a lot of turnover in the playing staff in the first season.

“I had a great start and felt really fit after my first proper pre-season. That helped take me on to a new level.

“I scored around twenty goals in my first season as a young lad which set me up well. I was talked about in the media as being linked to various clubs and scouts kept coming to watch me.

“Nothing materialised for another couple of years which motivated me to keep working and play at a consistent level.

“We won the second division with the club and that is something that I will never forget as it was my first experience of winning silverware.

“You dream of winning trophies as a young boy and to do was a special moment for me and my family. Winning a championship is all the more sweeter as it’s over 36 games and you need to be the best team for a full season to reap the ultimate reward.

“I remember when we secured the title like it was yesterday. We were up at Forfar and I scored a couple of goals and we won the game comfortably in the end. I cried tears of joy as we all realised that we had done it and were champions. Great memories and amazing times.”

“I went to see the manager at Queen of the South and told him that I wanted to go full time as we were only part-time at Queens.

“Partick and Morton made offers but Morton paid Queen of the South an extra £10,000 and I was off to Greenock in the end.

“I arrived at the ground and met Douglas Rae. The deal was done very easily as I wanted to play full time and I was grateful that Morton were willing to put that faith in me.

“I have to pay tribute to Douglas because he was a father figure for me. I never had my parents with me in Greenock a lot so he looked after me. He gave me the guidance that I needed as well as a slap on the wrist when I needed one [laughs].

“I had a great relationship with him from the start and I knew what he wanted from me. His son Crawford played a big part in that too and I loved delivering on the pitch for the fans and both of them too.”

You won the Second Division with Morton under Jim McInally as top scorer. You scored four goals from right back in a 9-1 win over Forfar that lives long in the memory for Morton fans. How were you able to adapt to numerous positions during your time at Morton?

“I always wanted the ball wherever I went as a kid and I always took that into my professional game too. I wanted to play in different positions as I was obsessed with knowing football inside out. Football was my life.

“I dedicated myself to it every minute of every day and it came naturally to me to play in any position on the park. Without being big-headed, I had good awareness on the ball.

“I think I played in every position for Morton over the years, other than goalkeeper. I did not mind where I played as all I wanted was Morton to succeed.

“To go back to the season that you asked about. That was amazing. I had opportunities to leave Morton around that time but I am glad that I stayed to work with Jim.

“He had a good team of coaches around him and we made some great memories of the pitch such as that second division title win and upsetting big clubs like Kilmarnock in the cup competitions.”

You played at Morton for a decade and were awarded with a testimonial at the club. You are a modern-day Morton legend in the eyes of the supporters. Just what does the club mean to you even today?

“The club was and still is everything to me. It is the first result that I look for on a Saturday and that will never change.

“Unfortunately, I am unable to go back to Cappielow often due to work commitments, but my daughter still lives in the town.

“I also have lots of friends in Greenock who I still speak to regularly so Morton will always be a part of who I am.

“It was not all happy over the decade as we had some difficult moments as any club does but it makes me proud to have played for the club for a decade.

“The one wish that I have is for the club to return to the top flight. That was the thing we wanted to achieve as a group more than anything but unfortunately, it just was not meant to be.

“We ran teams close and we always had a chance but we just did not reach the consistency that was required.”

You joined Annan Atheltic following your departure from Morton. What was it that took you to Annan?

“I was doing a sports leadership course with then Annan manager Jim Chapman, so when my Morton contract expired he was on and on at me to join up with him at the club.

“Financially, they could not compete with Morton but I met the chairman and they came up with a package that worked for all of us. It let me move closer to my parents in Newcastle which was important to me.

“I enjoyed my time at the club in both spells. I continued scoring goals and playing with a smile on my face which is what football is all about.”

Last but not least, you are currently coaching and playing at Glasgow Wellington in your 40s. Would you ever consider returning to Morton in a coaching capacity in the future?

Peter Weatherson getting to work with the boys for the 1st time on Saturday
👏🏻🖤🐴 pic.twitter.com/N8bWnhJlhY

“I love doing what I’m doing at Glasgow Wellington. My job is pretty idle so to have an opportunity to do some coaching and get moving again was a big factor.

“I have worked with the manager Curtis Rose before so it was a no-brainer to help him. I’m thoroughly enjoying it and being able to get back onto the pitch and play from time to time makes it even better. I just love football.

“Returning to Morton probably would not be compatible with the job that I am in now to be able to do that.

“However, if I can ever help Morton in any way at all then I would never hesitate. I hold the club close to my heart and if I can help them in a short term capacity then I would definitely be willing to do so.”