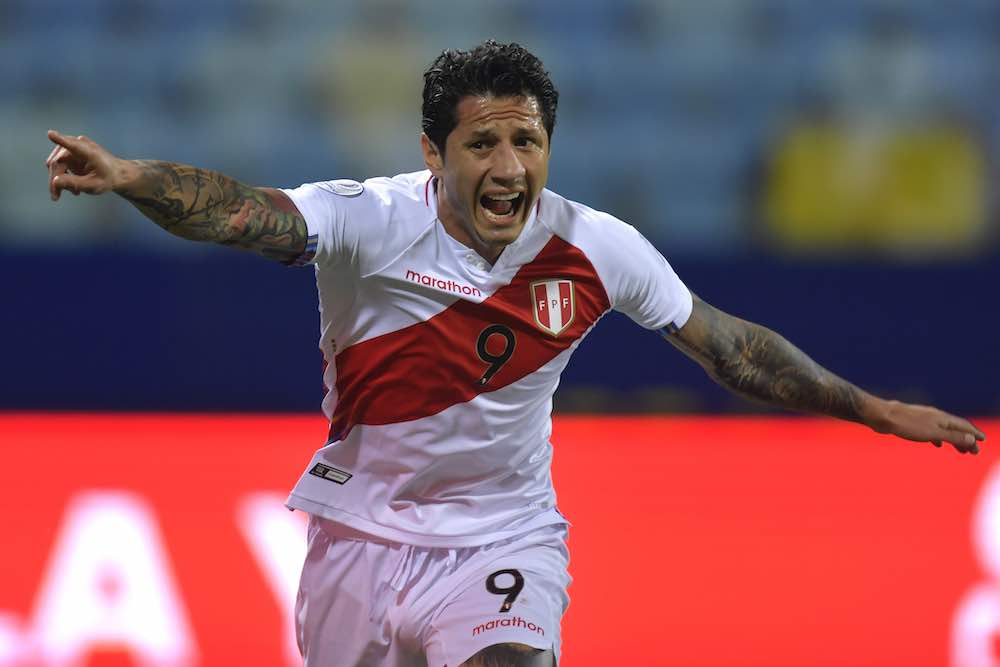 Claudio Pizarro. Jefferson Farfan. Paolo Guerrero. Peruvians have been lucky to have high-quality forward players in the national team for many years. The issue has been replacing them.

After Pizarro’s retirement in 2016, there has always been Guerrero; though he is now 37 and has been struggling with injuries for a while.

Raul Ruidiaz has always been a success at club level wherever he has been, he is currently enjoying a prolific run at Seattle Sounders in Major League Soccer with 50 goals in 79 games.

For Ruidiaz, though, the shirt weighs heavy when playing for his country and he only has four goals in 50 games.

During Ricardo Gareca’s search for a centre forward to boost his squad the crop of available players has seemed thin — that was until Gianluca Lapadula accepted a call up in 2020.

Scored again last night (his 4th for 🇵🇪 and first in Lima) but most importantly, he gave us another quintessential Lapagol performance, fighting for literally EVERYTHING.

The chaufa pasta gods blessed us with a king 👑 🇵🇪 pic.twitter.com/aowifNPCj2

It was a decision that split a nation. Lapadula was approached by Peru in 2016 for the Copa America Centenario.

At that time the striker, born in Italy to Peruvian parents, had not made his decision on which nation he wanted to represent.

He accepted call ups to the Italy squad though did not make an appearance at senior level. Lapadula played once for the Italy B side scoring a hat trick against San Marino, but this was as far as his association with the Italian national side went.

With his eventual call up by Gareca in 2020, Lapadula’s debut came against Chile in the 2022 World Cup qualifiers, coming on as a substitute.

Gareca’s decision to call him up caused a division across the nation, with many considering him to only be accepting the call after failing to make the Italian side — Peru did not want to be his consolation prize.

Gareca thought otherwise. He could see the value in Lapadula as well as knowing he would fit into the squad perfectly.

He has since gone on to become a key figure in the starting line-up and won over a nation who now have a new talisman leading the fight to qualify for Qatar 2022.

Lapadula’s energy and determination stand out in every game he plays. Peruvians want to see their team fight for the shirt, like all nations, and Lapadula needed to show this to win over his new support.

Having always been a tenacious and hard-working forward, with experience in Serie A and B at clubs including AC Milan and currently, Benevento, this style of play would help him integrate in the Peru side.

This interview from Gianluca Lapadula is exactly why we love him so much. So far playing for 🇵🇪, he’s fractured nose, bruised his knees, chipped his tooth + much more. Here he says, “I arrived to Lima very ugly, now I can say I’m much prettier.” https://t.co/uOSe8A2V4P

This tenacious style was perfectly shown in Ecuador during Copa America 2021. Peru were going into the second half two goals behind, facing a tough task in the altitude of Quito.

Despite these conditions, Lapadula was one of the most influential players on the pitch, leading the recovery and managed to score one before assisting Carrillo for the equaliser in an end-to-end affair.

Gareca does not rotate his side too often and looks for a steady lineup to ensure cohesion on the field. Lapadula alongside Christian Cueva and Andre Carrillo have formed a formidable bond.

With one of them missing the team looks weaker. Carrillo recently missed the October 2020 qualifiers and Peru failed to score in two of the three games.

Lapadula now has 17 caps for Peru, scoring five goals, and is now the automatic first choice for Gareca in his system.

The 31-year-old is exactly what the current side needed and will continue to be an important player for the national side, though he can’t be seen as the future.

Alex Valera, currently playing for Universitario in the Peruvian Liga 1, has been working his way up from the lower leagues while also having represented Peru in beach football.

He and Santiago Ormeño are the next players on the list, and though they seem a way off Lapadula they are quite far ahead of any other young Peruvian strikers.

Ormeño was called up while still being eligible for Mexico, and after a good season at Puebla in Liga MX, there were high hopes for him.

He has since struggled to secure a place in Gareca’s squad and is without a goal since his move to Leon after 14 games.

A lot of work needs to go into the development of young players in the Peruvian league across all areas. The long-term future of the national team is uncertain, but presently Lapadula leads the line and represents the side with the high-quality performances Gareca needs and the passion fans demand.