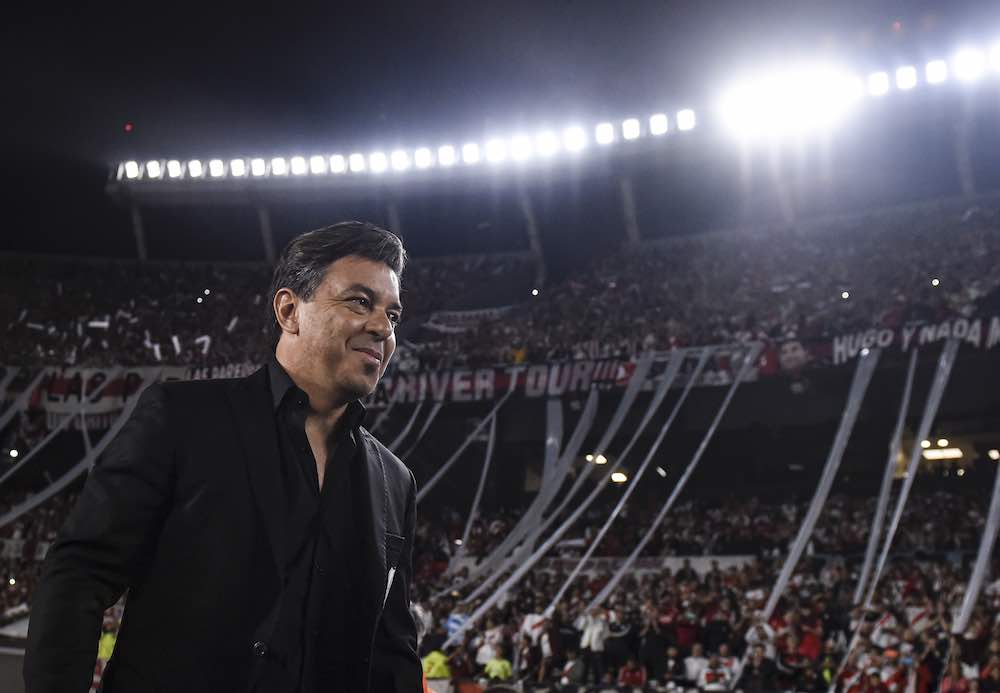 With his contract expiring on 31 December 2021, speculation was rife that successful River Plate coach Marcelo Gallardo was about to leave the club after seven and a half years in search of a new challenge.

With River’s recent title victory completing his collection of Argentine and South American honours, the former Paris Saint-Germain player kept the football world in the dark by not making a decision about his future until Wednesday.

He announced an impromptu press conference for 1:30 local time which had the whole of Argentina waiting with bated breath.

His appearance was short and very sweet for the watching Millonario fans, as he announced his desire to continue for another year.

Marcelo Gallardo announces he will STAY at @RiverPlate for another year. A huge boost for 2022 pic.twitter.com/PNm02xDgXC

He was tenuously linked to several jobs recently including the vacant Flamengo position and had a concrete offer from Uruguay to manage their national team and salvage their qualification for Qatar 2022.

European offers would quickly have followed too if he were available.

Instead, he will not be moving in the near future as he signs a one-year extension with River.

Retaining him was a massive coup for the Argentine champions, especially as successful players and managers in South America are usually swiftly tempted away to Europe by bigger offers.

🎙 Guardiola:
“What Gallardo has done is unbelievable. He gives them consistency year after year even though they lose players. I don’t understand how he’s never nominated for manager of the year. It’s as if only Europe exists.” https://t.co/5glpEXxD3S

So for a man that has been achieving regular success since 2014 despite a constant turnover of players, the odds of him still being at River in 2022 were scarce.

He will expect to be equipped with a squad capable of challenging the Brazilian giants for the Copa Libertadores next year, so the fate of young goalscoring sensation Julian Alvarez and the potential return of Colombia international playmaker Juan Fernando Quintero will be key.

River fans can prepare for some more great football next year and another round of the “will he won’t he” game in December 2022.