Could Paolo Guerrero And Jefferson Farfán Line Up Together Again In Peru? 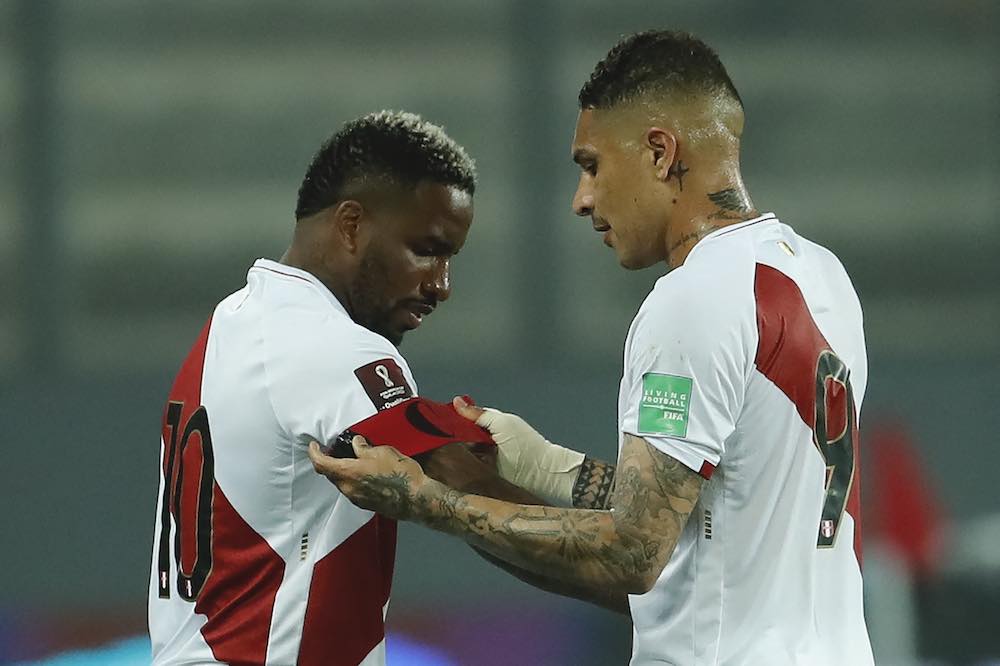 In Peru, like most nations in South America, football is a religion as much as it is a sport.

The nation have had their past heroes. Teófilo Cubillas is considered by many to be the greatest Peruvian player ever and represented Peru from 1968 to 1982, but for many of the younger generation, there is another man held in the highest esteem in the eyes of all Peruvians.

Paolo Guerrero has been the leader of the national team and a hero amongst his adoring fans. Guerrero, translating to Warrior in English, perfectly defines his style of play and commitment to the La Blanquirroja every time he has put on the national team shirt.

He is Peru’s all-time leading scorer with 38 goals in 107 appearances and the man who took Peru to their first World Cup in 36 years when they finally qualified for the 2018 World Cup in Russia.

Guerrero’s goal from a free-kick against Colombia in qualifying took his side into the playoffs with New Zealand which they ultimately won though the man himself, the modern-day icon of Peruvian football, almost missed the World Cup.

Guerrero failed a random drugs test and was found to have traces of a metabolite of cocaine which the Peru captain argued had not been performance enhancing and was accidentally consumed in contaminated tea.

He was given a 14-month suspension which the Swiss Supreme Court granted an interim order ensuring he could appear in Peru’s first World Cup since 1982.

Despite his lack of match preparation, he was part of the squad that went to Russia but it was lifelong friend Jefferson Farfán who started the first game up front for Gareca, though Guerrero did make an appearance off of the bench.

Peru lost 1-0 to Denmark and Guerrero was brought in for the second game against France, which also finished in a 1-0 defeat. It all could have been so different had Christian Cueva’s penalty gone in, though it was sent agonisingly over the bar.

With the final game coming against Australia, both sides were already eliminated from the competition, but the Peruvian players wanted to do all they could to give the incredible travelling fans something more to cheer. They won the game 2-0 with Guerrero scoring the second after Andre Carrillo netted the opener.

A nation erupted as Guerrero’s goal went in. A world-class striker who had deserved his chance to perform at the highest level of international football — for him and his nation the goal will be something to savour and remember.

Injury has played a significant part in his career for some time now, especially in the latter stages. He has represented Corinthians, Flamengo and Internacional in Brazil since leaving Wolfsburg back in 2021. His last club, Internacional agreed for him to terminate his contract after he only made 27 appearances in three years, scoring 13 goals, but had spent so much time injured that both parties agreed this decision made the most sense.

Guerrero has been without a club since leaving Internacional in October last year, and rumours are regularly fuelled from conversations with Farfán — the two always tease the chance they will reunite in the colours of Alianza Lima together before they retire.

This possibility is already halfway complete. Farfán completed his return to the Peruvian side last season after leaving Lokomotiv Moscow in August 2020 when his contract expired. Like Guerrero, Farfán had been struggling with injuries, missing 14 months of football from 2019 with knee issues.

He returned to Peru and trained at La Videna, the Peruvian base of International football in Lima, in order to build his fitness and try to find a new club.

As time passed, there were no concrete offers from teams abroad, and with some financial support from their sponsors, Banco Pichincha, Alianza Lima were able to find the funds to offer Farfán a return to the club. 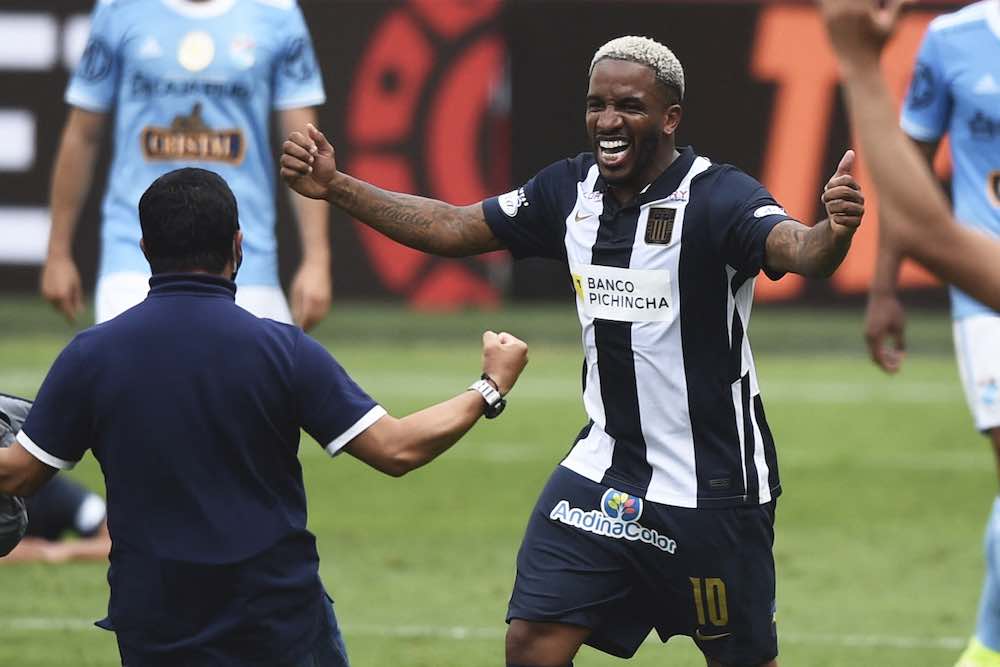 Alianza had been set to play in Liga 2 in 2021, though a technicality ruling by the TAS (court of Arbitration for Sport) reinstated them to the topflight in Peru at the expense of Carlos Stein who were relegated.

Amazingly, Alianza went on the win Liga 1 having not even been part of it in the opening week of the 2021 season, and having lost several players who didn’t want to play in the second division.

Farfán was a big part of this, but not so much on the pitch. Injuries once again limited him to only a handful of games and one goal, though his presence amongst the side would have helped to inspire his teammates as a true legend of the club and Peruvian football.

As time went by for Farfán, the same is happening to Guerrero. The two are pictured together regularly and images on Farfán’s Instagram page of the two of them at his house in Lima excite every Alianza follower.

Having been without a club for a while now, this does seem like the last chance for the reunion that has been discussed throughout their careers.

Farfán left in 2004 for the Netherlands in a move to PSV, and Guerrero left in 2002 for Bayern Munich. The two of them have remained close and have been superstars in Peruvian football for much of their careers.

It’s a romantic reunion and one which brings eyes on the league while also adding to the feel-good factor for Peruvian football. Though this reunion will no doubt be great to see, the question remains will it help Alianza Lima at all?

They play Copa Libertadores football in 2022 and are keen to keep improving from last season successes. Adding Guerrero to their side would give them a fifth centre forward, and only one of those would be under the age of 37.

Marco Aldair Rodriguez returned to Peru after a disappointing time in Colombia and at the age of 27 will hope that he can find his 2019 form from his time at Binacional. Hernan Barcos was voted player of the season in Liga 1 in 2021 and the 37-year-old has the chance to lead the line for another season. Wilmer Aguirre (38) recently signed a one-year deal for 2022. So is Guerrero necessary?

It would be a decision from the heart rather than the head should Guerrero return.

Can the decision-makers at Alianza Lima not give the fans what they have been desperate for for so long? It will be a touching and emotional time for many to see Farfán and Guerrero line up in the blue and white once more, and there is no doubt that if both can find a bit of fitness, they will still be top players in Liga 1.

There is the chance that if it does come off the anti-climax of a near-empty stadium will take some of the shine away from what was always supposed to be a beautiful final chapter for their playing careers.

Though it is hard to imagine the streets will not be lined with fans cheering their arrival at the stadium, even if many won’t be able to see the two play live in the flesh with stadium capacities set to be limited once again in Peru for 2022.

Guerrero deserves a huge send-off when he does officially call time on his playing career and doing so alongside Farfán, at Alianza, is how everyone involved will want to see it.