One To Watch: Danila Prokhin 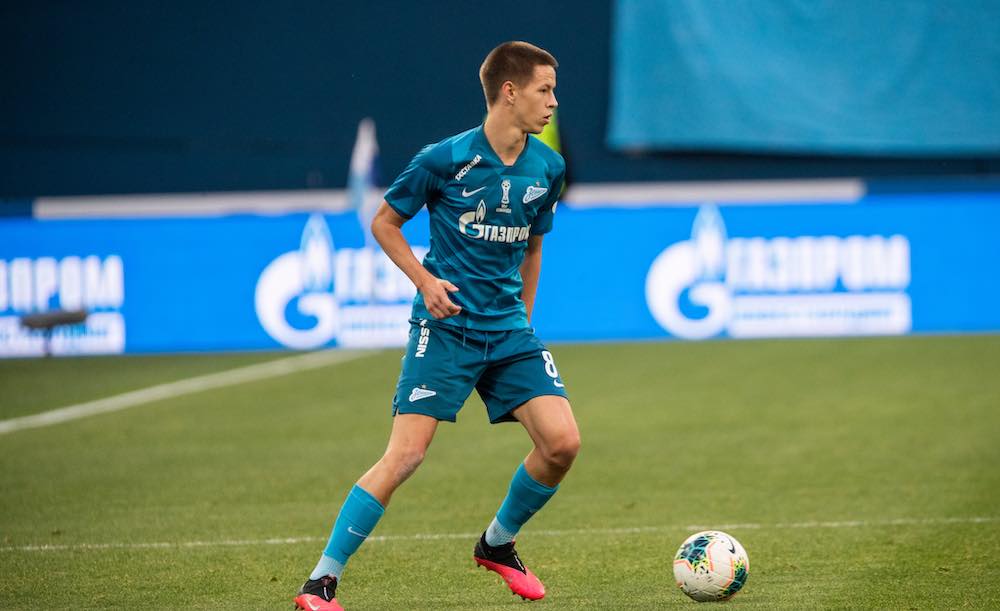 It was there that 6ft 2in Prokhin started to become noticed by his senior club side. As well as featuring in twelve games for Zenit-2 he also managed three league appearances plus one in the cup for the senior side in the 2019-20 season, debuting at FC Tom Tomsk in the domestic cup. He came away with medals for the domestic double that season.

The year after he once again had limited opportunities in the first team — albeit securing another league winners medal — but managed to secure a loan move to PFC Sochi where he made enough of an impact helping them to a fifth-place finish to persuade FC Rostov to make a move for his defensive services in the close season.

Rostov immediately loaned Prokhin back out to Sochi until the end of the season due to fierce competition for the central defender spots in their squad. An ambitious club, Sochi are currently riding high in the league and are aiming to beat last season’s record placing in what has been a steady rise since their inception in 2018.

Prokhin has become a first-choice centre back, and a mainstay in the defence being almost ever-present in their first team lineup so far this season and has racked up six yellow cards and one goal to his name.

He also was an ever-present in the short-lived UEFA Europa Conference qualifiers, playing the entirety of the four matches. Sochi eventually lost to Partizan Belgrade on penalties, and the Serbian side have since gone on to defeat Santa Clara and finish second to KAA Gent in Group B and will now face an in-form Sparta Prague in the first knockout round.

Rising steadily through the national youth teams, Prokhin has been a fixture in the Russian team’s UEFA European under 21 championship qualifying campaign, scoring the only goal in a home win against Northern Ireland which sees Russia currently tying for first place with Spain, and Slovakia a distant third on nine points with four games left to go in Group C.

Although not yet the complete article Prokhin is a player who has the potential to go far. He is extremely comfortable on the ball, especially on his right foot, but he lacks command of aerial situations despite his height.

Nevertheless, his smooth rise through the national teams and his brief experience of European football this season will prepare him to fight for his place in Rostov and transition to the next level of his career.