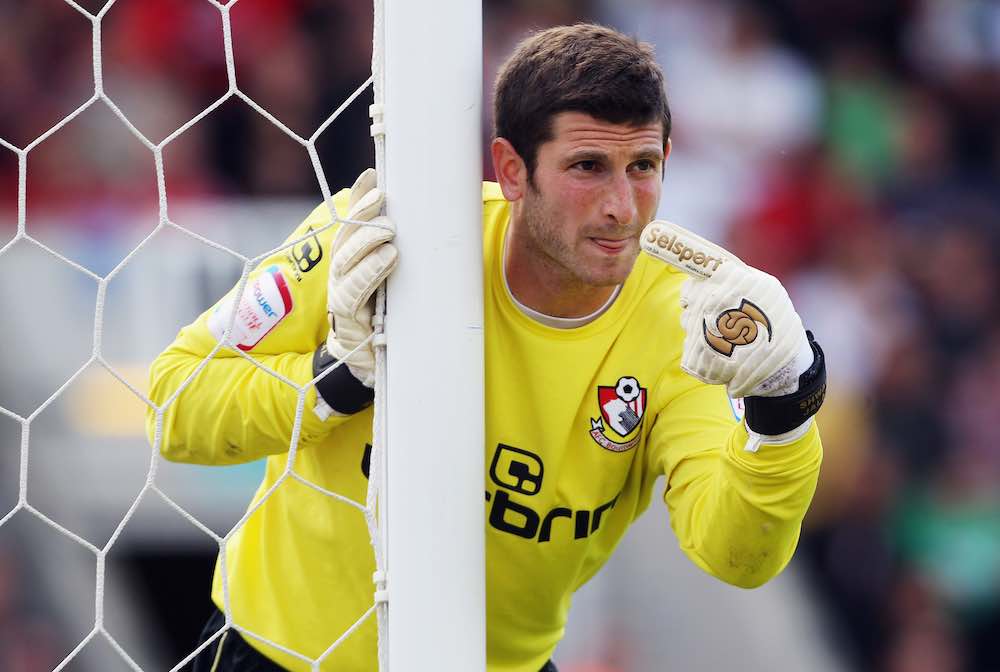 You played over 400 professional games as a goalkeeper and have now moved into coaching at Stockport County. How does coaching goalkeepers compare to playing?

“I enjoy it immensely because being out on the grass with the goalkeepers is so rewarding. I am starting a new career and I am enjoying the experience of being a coach.

“I want to learn and develop myself to be the best that I can be. The group that I work with is superb and improving goalkeepers is my priority.

“I always had an idea of what I wanted my goalkeeping coach to do when I was playing so I look to provide that for the players that I work with now at Stockport.”

You started your career at Gillingham before moving into non-League which enabled you to earn a move to Tottenham. How important was your spell at Hastings Town in helping you make it in the professional game?

“It was the club that really moulded me and put me on the map. I was a young teenager playing men’s football at a decent standard which taught me a lot.

“I am very thankful to Dean White who was the manager at the time. He took me under his wing and promised me that if I got my head down and worked then I would go on to have a good professional career.

“He certainly gave me the opportunity to do that and the dressing room was fantastic. I learned so much at the club.”

How did you adapt to life at Tottenham in the Premier League after making the move directly from Non-League?

“I had quite a few options including West Ham and Southampton but I opted for Tottenham. They showed a strong interest in me right away and I knew from my first training session at the club that it was where I wanted to be.

“David Pleat offered me my first professional contract and I will never forget that moment because it was a dream come true.

“The first six months were tough for me as I moved away from home and lived in London while playing full-time football for the first time.

“I was training and playing with legendary footballers like Teddy Sheringham, Darren Anderton as well as working with international goalkeepers in Kasey Keller and Neil Sullivan. It was the perfect place to learn.”

You joined Bournemouth in 2008 and had a six-year association with the club. You played most of the games in your career at the club. What was it like to work with Eddie Howe and be a part of the success of the club by going from League Two to the top end of the Championship?

“I knew that the club was in financial troubles when I joined but I was not aware of just how serious those were.

“However, I looked at the club and felt that I could establish myself as a number one goalkeeper in the Football League.

“That is what happened for me and I had bumps along the way just as there is in any player’s career. I played 170+ games at the club and I loved every minute of my time at the club. The journey was a rollercoaster and a pleasure to be a part of.

“Eddie Howe is a fantastic manager. His attention to detail on the training pitch is unrivalled. He is a first-class coach and his famous saying is ‘make each day your masterpiece.’

“That saying sums up his approach to football because he wants to play the game in the right manner and he puts the hours in by being at the training ground before anyone else each day.

“It is no surprise to see the success that he has had. He puts a lot of demands on you as a player and he is obsessive about how he wants his teams to play. To work for him was absolutely fantastic.

“It was not fantastic all of the time because that is the nature of football but I enjoyed working with him over the piece.”

You represented both Bury and Macclesfield. Both clubs suffered hardships in recent years. What was it like to represent those clubs and how did you feel as a former player of both when they were expelled from the Football League?

“Bury was a brief spell of my career due to the management at the club at the time. My face did not fit at the time for whatever reason however I was devastated for the fans of the club.

“Every time I represented the club, they were great with me and supported the club with all of their passion.

“Macclesfield was a fantastic club and I had two spells at the club. We were promoted from the National League to the Football League and I won Goalkeeper of the Year.

“After that season, I was released which was a confusing time for me but I do not think that was the manager’s decision.

“I think that decision came from higher up. You could sense the trouble at the club coming because we could see things happening.

“Despite that, it was still a shock when everything came to a head but I have no doubts that the club will come back bigger and better.

“The people in charge of the club now have the club at heart and I am so happy to see the club being supported by thousands of fans every week. They deserve every success.”

Your last club in your career was Chesterfield under Martin ‘Mad Dog’ Allen. Did he live up to that nickname or is that an unfair impression of him based on your experience?

“I think it is an unfair description of him because he wanted the very best for every player and was very personable.

“He was open to trying new things and you do not have the success that he has had if you are just a personality. We had some funny times but I would not call them mad. He was a very good manager.”

“I am glad that you have asked this question because they are unsung heroes. I agree with that.

“I would have to say Neil Moss from Bournemouth because he was an integral part of Eddie Howe’s staff and he took my game to a new level. He made me a better all-round goalkeeper.

“I also worked with Hans Segers at Tottenham who was a great coach. He pushed me very hard to get me to the standard that I needed to be at. He assured me that I could have a career in the game and I still speak to him today.

“Finally, I would have to say, Pat Jennings. He was a legendary goalkeeper and he would come into work with us at Tottenham. He was so inspiring and gave us words of wisdom that stood us in great stead as youngsters.

“Pat was sheer class in terms of how he conducted himself and I loved it when he would share stories from his career at World Cups and from his spells with both Tottenham and Arsenal.”